We all saw new Impreza a few months back, and now we will have a chance to see its crossover version. 2018 Subaru XV Crosstrek looks like a hatchback version of Subaru’s popular sedan with the only difference being higher ground clearance, more meaner looks spiced by some black plastic details and inevitable roof bars. Japanese car manufacturer started redesigning its models across the lineup, a trend which began with Impreza, and now continues with XV Crosstrek. This vehicle was available from 2011, and since then it received a couple of upgrades but just like with Impreza the time has come for a complete redesign.

The first sign of what’s to come is teaser picture released by the Ebisu-based company. Together with this image, it has been confirmed that 2017 Subaru XV Crosstrek is going to be presented at 2017 Geneva Motor Show which starts on 9th of March. Unfortunately, nothing more but the photo has been disclosed about the new model. From what we can see in the picture, new crossover will look much like XV Concept presented in 2016. But not only that. Subaru Crosstrek XV 2018 will be a mash-up of the old version, the XV Concept, and 2017 Impreza. You will notice that side mirrors are now positioned on front doors and not on the A-pillars, just like with new-gen Impreza and XV Concept. This car will be powered by FB20 2.0-Liter boxer engine which is capable of offering 152hp and 145 lb-ft of torque, and it will be available in all trims sending power through AWD system. Symmetrical AWD will also be included, and with direct-injection tech, it should do good on mechanical turf. As far as transmission goes new XV Crosstrek will feature reliable five-speed manual and a Lineatronic CVT. There’s no word about hybrid yet, but one should be expected by the end of 2018 considering that this model is going to use Subaru’s Global Platform which has electrification in its core.

Back in March at the Geneva Auto Show, Subaru released the XV concept car. This is obviously just a design study at this point, but rumors say the 2017 Subaru XV Crosstrek is going to borrow quite a bit from this concept. It will also be the first car made by Subaru which will be based on their new modular platform. This will eventually underpin all of their models but until then it should give people a good glimpse of the future of the company. The new platform is expected to be lighter, more rigid and also safer. This will likely be achieved with the help of new materials and also a more modern design.

The modularity of this chassis will allow cars like the Impreza and the Legacy to be based on the same basic floor-pan. This should finally allow Subaru to create more cars cheaper, and it will be a win for us the consumers. The actual release date of the Crosstrek is currently unknown, but if things go as planned, we might see a production model by the start of 2017. The car will likely not go on sale for at least a few months after that. Its price level should be adjusted accordingly to what the new Impreza costs but it should still be kept quite cheap. Currently, available model is priced at $21,595 for a base version and is very competitive in this segment. A slight adjustment is expected, but it will still keep good value for money you need to give.

Unlike most of its competitors that are usually fully fledged crossovers, the upcoming 2017 Subaru XV Crosstrek will be more of a wagon with a few body modifications. However, keeping true with Subaru’s tradition, all-wheel drive is going to be available. This is quite nice as it will give people a cheap AWD model with enough clearance and a muscular look that will not be bad to drive. In fact, the future Crosstrek is expected to be one of the best models in its class when it comes to handling and drive performances. Wonder why? Well, the new modular platform, which is supposed to offer a 50:50 weight distribution or close to that in combination with its highly capable all-wheel drive system, should make it a blast to drive.

The car released back at the Geneva Auto Show looks great, but it is obvious just a concept. A production model of it would get rid of the wide tires, rather large rims, and futuristic crazy like interior. Everything else though should be pretty much ready to go. The bulky front and rear bumpers will protect the car nicely in light off-road excursions while the aluminum shields should keep the underside in one piece. Also, the car’s aggressive styling, which comes straight from the WRX, is a nice addition to the range which we hope to be kept. 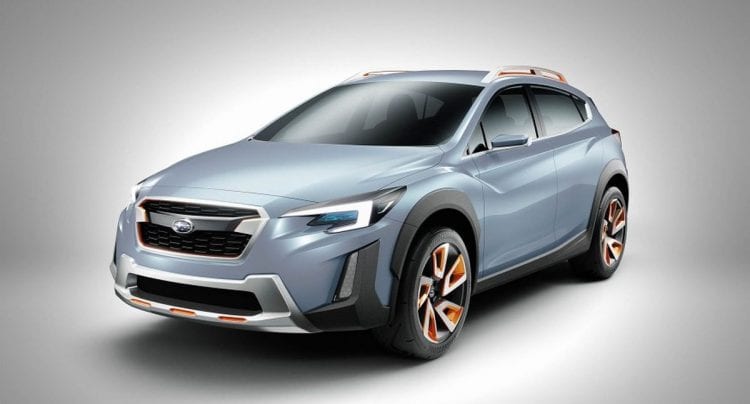 The current model of the XV is using a rather unappealing 2.0-liter naturally aspirated engine as standard. This is not all that powerful, but it is quite efficient. The hybrid option, on the other hand, is more expensive while being just as hungry for gas as the other engine, so it is not worth it. You get slightly lower fuel consumption in city driving, but that’s it. The rumored 2017 Subaru XV Crosstrek, on the other hand, should change things quite a bit. For starters, it seems that Subaru might release a new 1.6-liter turbocharged flat-four engine for the market. This engine would provide close to 150 horsepower and 160 lb-ft of torque which is already more than the older 2.0-liter unit. On top of that, they are contemplating with the idea of releasing a 2.0-liter turbocharged XV. This would likely be quite successful as fast and agile crossovers are quite well received by the market. A hybrid is unlikely at this point, but they may work on a new powertrain to install under its hood at a later date. 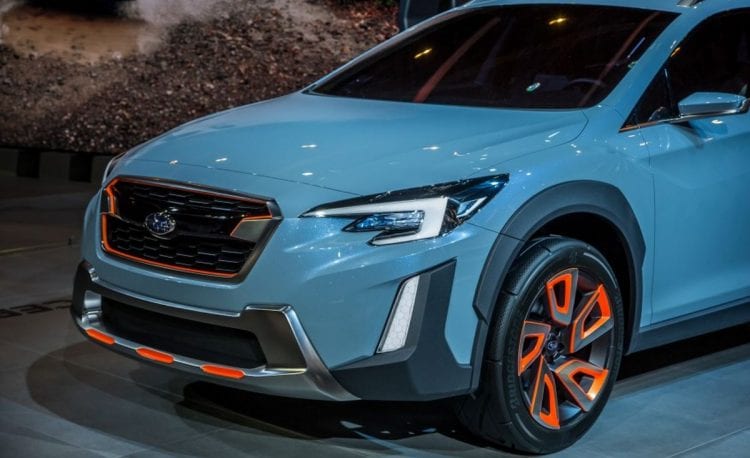