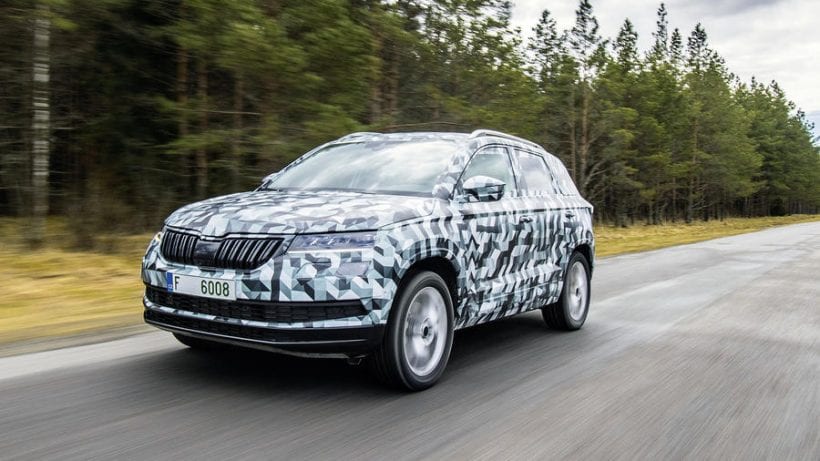 Kodiaq is not the first SUV from Skoda if you just got that wrong. First one was Yeti, and you may as well forgot about it due to the fact that it has been 8 years since it debuted. Anyway, more shaped like a small van, than actual SUV, Yeti managed to pull enough in sales figures to deserve successor. And that successor is very near, coming in the form of 2017 Skoda Karoq.

WHERE DOES IT FITS?

Yeti is a compact crossover, same as current Kodiaq, but Kodiaq fills that upper part of compact CUV segment. That means that Yeti and upcoming Karoq are direct rivals to Qashqai, Tuscon, Sportage, 3008, Ateca, Kadjar and so on, while Kodiaq goes head to head with X-Trail, RAV4, 5008, CR-V and similar. 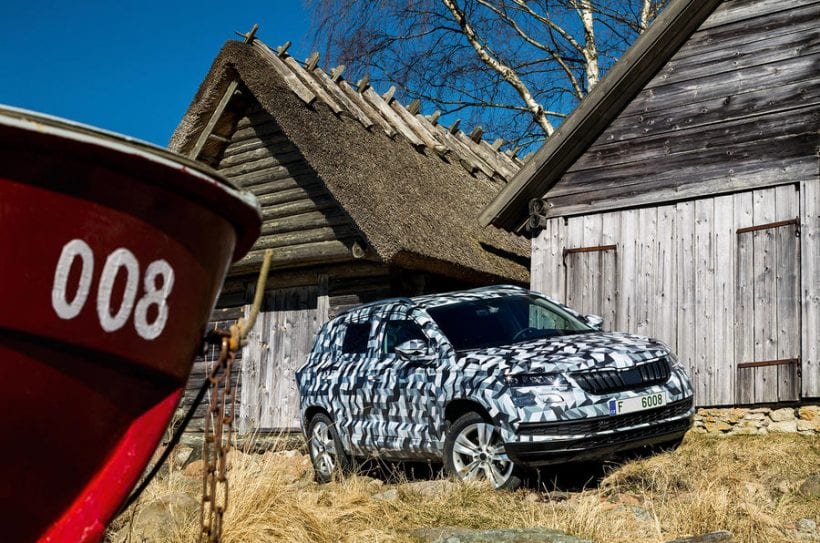 Despite all of them basically, occupy the same segment price and size difference does exist between them. So, the product from Skoda should save you around four grand (British ones) compared to the bigger sibling, while costing you some inches.

The car is set to debut on 18th of May this year, and at this moment only pictures of camouflaged vehicle are available. Yet, it is enough for us to see that we have small Kodiaq in progress. Overall shape and stance are identical along with the tail that just has slightly reshaped lights. At the front, the grille is the same, which is fine, but front bumper being extremely similar as well as headlights, might not be so fine. Side profile also seems identical with same carvings and mirrors. 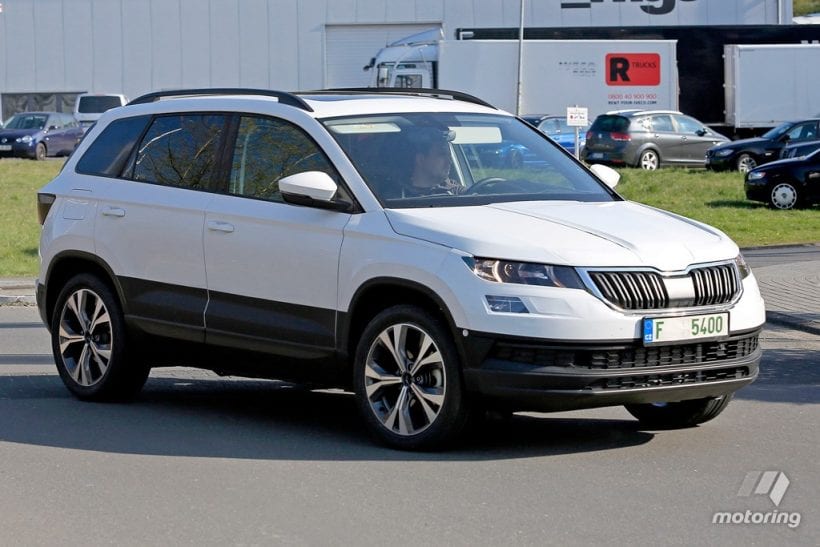 Skoda has never been especially imaginative with interiors, so don’t expect anything special on that front, though as always build quality is going to be decent along with the tech offer, including Digital Instrument Panel or the Czech version of Audi Virtual Cockpit. In short, Kodiaq totally lacks any charisma, charm, trendiness and anything else, which should have been a chance for the smaller sibling to shine, though it seems that it miss it, despite the fact that it was partially offered before with Yeti. We are going to be sure about its appearance when it debuts, but so far this doesn’t look promising.

Czechs have been kind enough to let Karoq be tested on the road before its official debut. While engine offer is satisfying, driving impressions were not that much. The suspension is softly tuned, making it wobbly and undetermined in corners, and for some reason, it doesn’t compensate in comfort on the straight road. 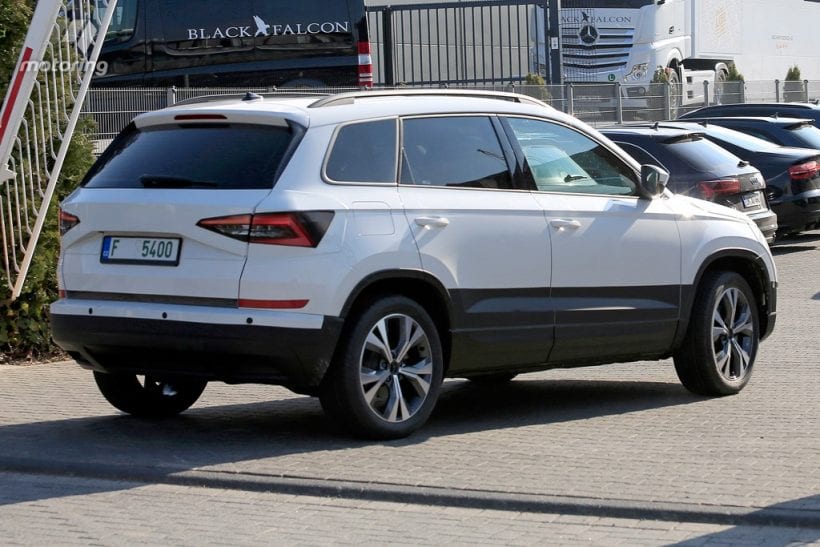 This should be sorted out with optional adaptive dampers, but that asks for more of your hard earned cash. Also, feel at the steering wheel is completely artificial even in Sport mode, so if you find any joy in driving, sisterly Ateca pose as much better choice.

2017 Skoda Karoq is about to be priced from ₤18k ($23k) in Britain. As with all Skodas, pricing is always fair, engine part is good, and the amount of space is outstanding while costing you driving joy, any visual excitement and total lack of charisma. Actually, scratch that part defining offered space since its 488 liters (17 cu ft) boot is beaten by far by both Hyundai’s Tucson, Peugeot’s 3008 and many others. In conclusion, think twice before going for it.