2017 SEAT Ibiza is close to its official release which will, as we already wrote happen at 2017 Geneva Motor Show. New Ibiza will be just that, a whole new model. The old one will be replaced and also there will be new versions as well. The one which will debut at Geneva is going to be base version while the upper trims and other variations of Ibiza will be introduced later. The time for them will come fast if we wait patiently or if you look at renderings that X-Tomi Design did you don’t have to wait at all. He even outdid the SEAT by including into his renderings the version of 2017 SEAT Ibiza which will never be produced. Some of those are Cupra performance, ST Wagon, SC Coupe, X-Perience off-roader, and Cupra 250 hatchback. Take a look at them bellow.

2017 SEAT Ibiza will be introduced at Geneva Motor Show

SEAT revealed the Ibiza for the first time 33 years ago, and it had help from Porsche in creating their engine-transmission combo. But that was a long time ago, and since then, many great vehicles were introduced into the market increasing competition and leaving the fourth generation Ibiza with fewer buyers due to less appealing look. 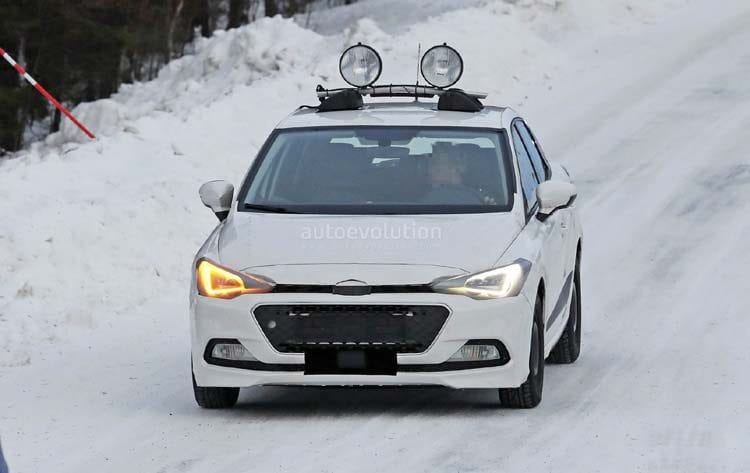 Although SEAT was not considered a great brand before, the things have changed in the recent years. They introduced the Ateca and updated the Leon which improved their position, but the Spanish company still struggles to retain its former reputation. Because of that, the car maker is hoping that the refreshed Ibiza will lead them to glory.

The fifth-generation Ibiza will be unveiled at the 2017 Geneva Motor Show, but we have already seen it on many spy shots. The vehicle looks similar to Hyundai i20 hatchback, but Leon-inspired LED lighting signature and LED-laden taillights give the new model a different look. 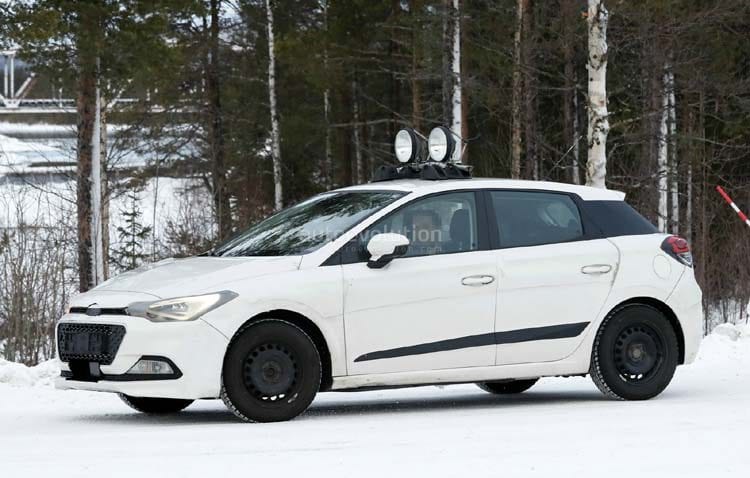 Judging by the somewhat longer wheelbase, it is expected that the rear passenger legroom of the 2017 model will be bigger. However, the Ibiza will not be underpinned by the MQB platform. Instead, the vehicle will use a modified Volkswagen Group A0 platform, just like Skoda Fabia. The platform which is called PQ25 within the company will enable the vehicle to have AWD as an option, just like the Audi A1. 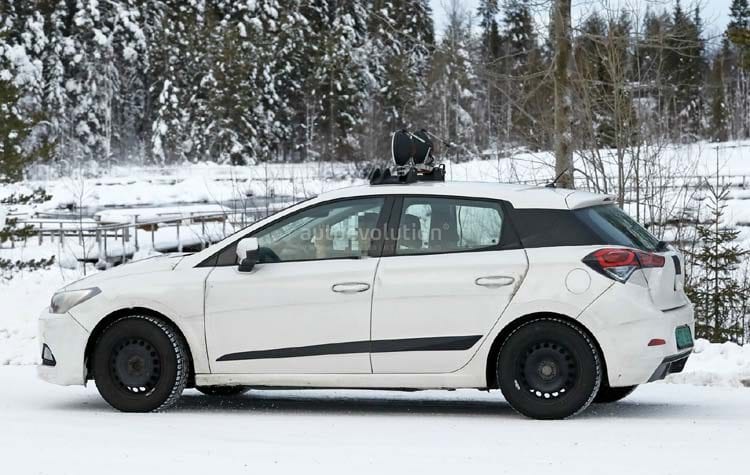 Still, we do not know if AWD will be offered here. What we do know is that SEAT is determined to improve driving experience on the fifth-generation model. This vehicle will feature engine updates and overall improvements. The base model is expected to use a 1.0-liter MPI borrowed from the Fabia Mk3. The Ibiza Cupra will probably use a more powerful engine than the current 1.8-liter TSI turbo-four that is good for 192 PS (189 hp).

Upon hitting the market, SEAT also plans on introducing a station wagon which would give drivers more cargo capacity.

The Ibiza is the oldest name in Seat’s range of cars, and this is the model that put them on the map. The current version, like many of its rivals, is approaching its seventh anniversary so it will have to be replaced quite soon. It seems that the model to do it will be the upcoming 2017 Seat Ibiza which has been seen testing back in June and more recently in July. Unlike the previous model, the new car is going to use a new platform, more efficient engines and it will also get an entirely new look. Not much else has been said about this one, but it seems it will be revealed in the second quarter of 2017. 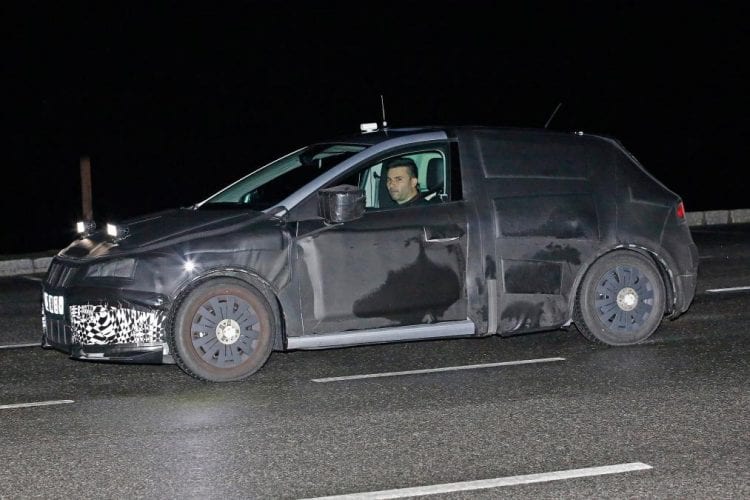 The platform of new Ibiza

As we mentioned above, the upcoming Ibiza is expected to use VW’s highly modular MQB platform. This is very interesting because other cars to use this platform are the Passat and the Golf. However, it seems that even though the various floor-pan will be the same, it will differ from the regular chassis. For starters, the car will have a shorter wheelbase than the other cars based on it. On top of that, it should also get slightly longer overhangs as well as a more rigid construction. The main reason to use this platform is the price. The new Ibiza is expected to cost less than €10,000 in certain markets where it will have to rival models like the upcoming Fiesta that is set to cost right about the same. 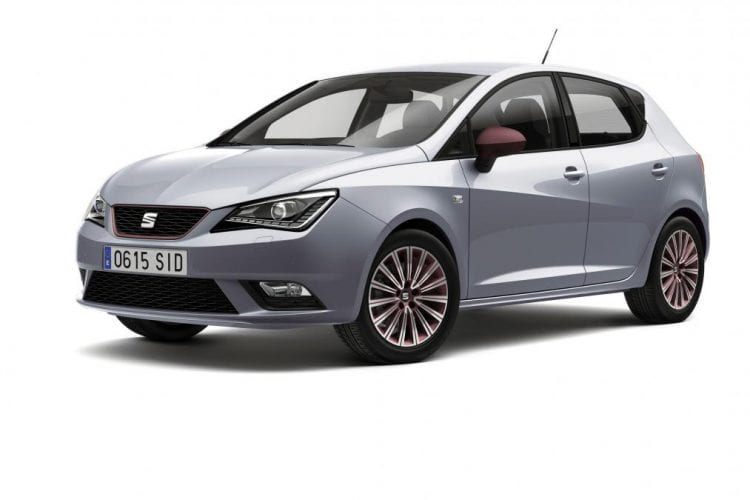 The design of interior

Not much is known about what the 2017 Seat Ibiza will offer inside its cabin. The camouflaged prototypes seen a while ago had their dashboard fully covered. However, it seems that the car may go a different route than the Polo or even its larger sibling, the Leon. It is expected to receive a much more playful character with a curvier dashboard, a nicely accented interior and even a sportier driving position than most. These should make the Ibiza a great first car for many, and it should also give it the style it needs to be successful in today’s market. 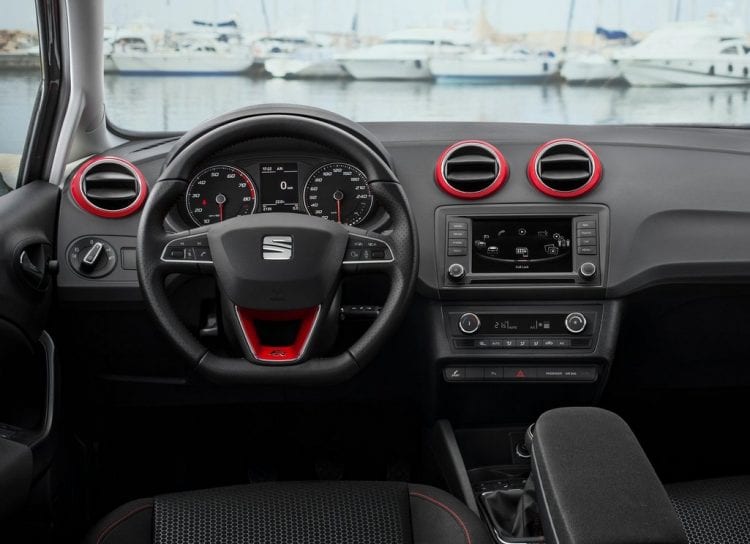 Fortunately, we can say a bit more about how the car will look. Even though this is not official, it seems that the new Ibiza will basically be a slightly smaller version of the Leon. The proportions seem to be right about the same, the front end is almost identical, and instead of the curvy body of the previous generation, the new car looks to have a more conventional appearance. 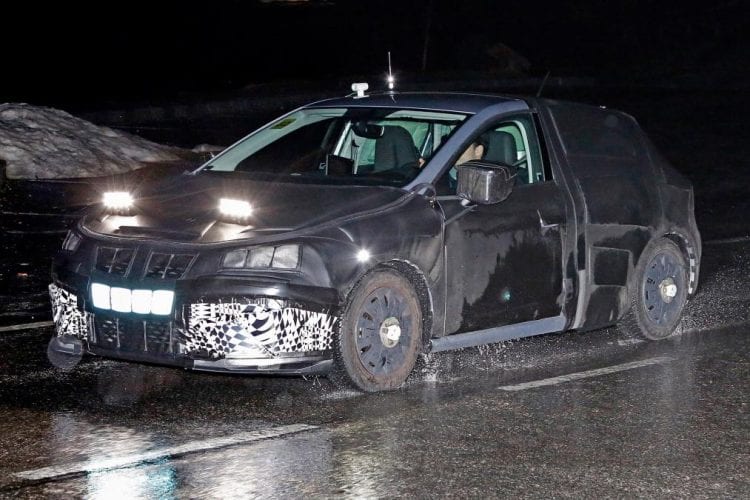 Engines and drivetrain of 2017 Seat Ibiza

Due to the fact the 2017 Seat Ibiza will be based on the MQB platform, it is safe to assume that it will also be able to use the same engines. Rumors suggest that VW’s new 1.0-liter turbocharged inline three petrol engine will replace the older 1.2-liter unit. This new engine is expected to come in up to four different outputs in order to fit the different needs of the market. It is supposed to offer between 90 and up to more than 110 horsepower depending on the version you choose.

A naturally aspirated version is also expected in some Eastern European countries to drop the base price under €9,000. The upgraded 1.4-liter three cylinder diesel is also expected to be installed. This will likely offer around 100 horsepower while being with up to 10% more efficient than the older 1.6-liter unit. Some rumors also suggested that a larger 1.5-liter turbocharged inline four might be added to the range. This is a new engine which has been released quite recently by VW, and it would make a great offering in an sportier FR version of the car. 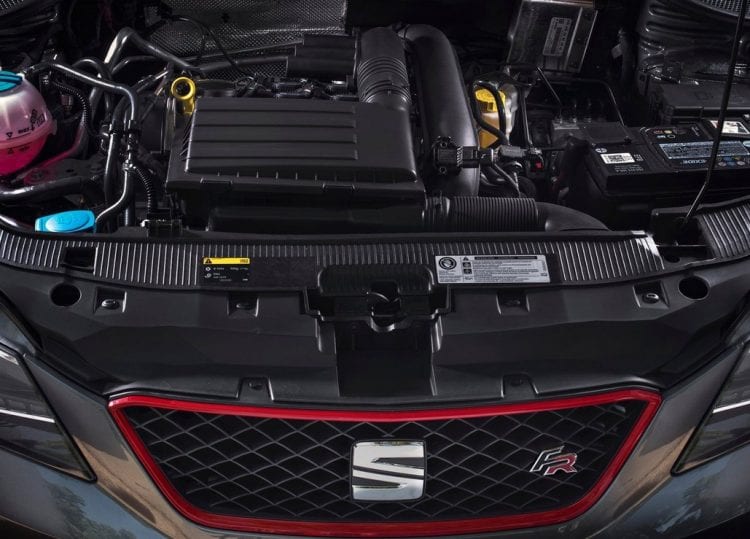