We are two months away from the Geneva Auto Show where SEAT plans to introduce the new Ibiza. However, we can already take a look at the next-generation model on these photos which are courtesy of Poland’s Motofilm. These images were acquired at SEAT’s 2017 Ibiza launch event which was held in Barcelona, Spain on January 31.

The new vehicle features changes on the exterior because of which it resembles the new SEAT Leon, and without taking a second look, someone might even assume that it is the latest Leon. However, after observing it for a little while and taking into consideration its size, it is clear that the new vehicle is, in fact, the next-generation Ibiza.

Judging by the picture of the cabin that we have here, the 2017 Ibiza seems to have a more serious and premium look. When it comes to infotainment system, the central position is taken by a large screen. 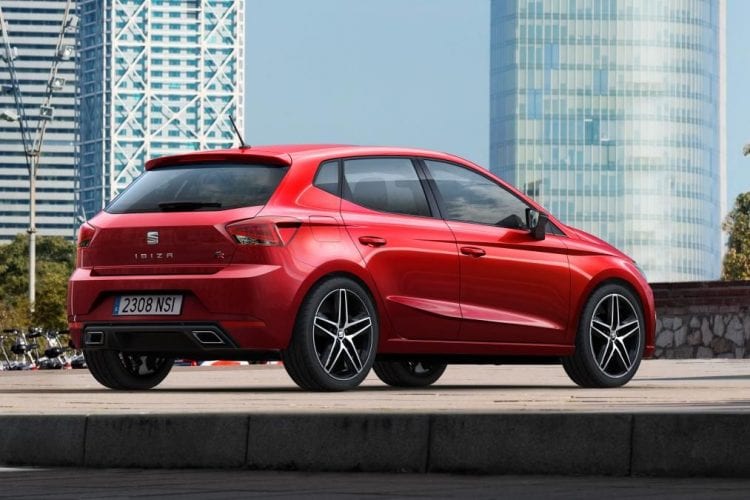 More information about the next-generation Ibiza will be available soon, although the vehicle probably won’t feature too many changes. It is expected that the new Ibiza will be coming with the VW Group’s 1.0-liter turbocharged three-cylinder engine and the new 1.5-liter TSI petrol along with a few TDI diesel units.

Spanish company will place the 2017 Seat Ibiza under its Ateca SUV and plans to accentuate that it is an affordable variant of the Audi Q2. However, unlike Audi Q2, the Ibiza probably won’t be offered with all-wheel-drive, something we can live with.