Showcased back in 2008, the current Ram is the oldest relevant truck on the US market. Despite being quite old at this point, it is the only mid-size model offering a diesel. Also, its engines are quite powerful and it offers some of the largest towing ratings on the market. The truck is expected to receive a major update with the 2017 Ram 1500.

While not much has been said up to this point, it seems that it won’t be an entirely new model. This is quite unusual, especially considering that all of its competitors are pretty much all new. This move is quite bold from Ram, especially since their market-share is starting to get lower.

The chassis and running gear should carry over pretty much unchanged. Most upgrades for the new Ram will happen under the skin. The running gear as well as the body could get reinforced in order to withstand more abuse. On top of that, the design will be changed slightly in order to make the Ram a bit easier to live with. 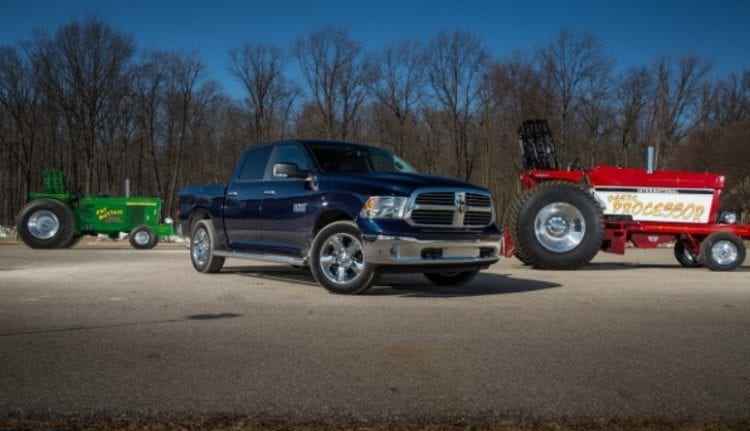 The price will likely stay the same as before and this will give them an edge over Ford whose trucks are getting more expensive with each passing generation. The new 1500 should become available for sale in the early 2017 while an all new version, the one everyone is waiting for, will likely be released closer to 2020.

This would mean that the 1500 is going to remain basically the same since release for more than a decade which is simply not that great for anyone. However, we really do hope that the small improvements the 2017 Ram 1500 will receive will be enough to make it competitive again.

For now it seems that most changes are going to happen under the hood of the new truck. Here, the old 3.6 liter V6 will be replaced by the updated Pentastar. This should now provide closer to 320 horsepower and little over 280 lb-ft of torque. Also, most of the torque will now be available from lower down the rev-range. The great 3 liter turbocharged V6 diesel, built by VM Motori, is also expected to be updated. This time around it should make closer to 250 horsepower and 450 lb-ft of torque, all while using less fuel than before. This should be achieved with a new emissions control system as well as a more efficient direct injection.

The old 6 speed automatic gearbox should still be offered with the most basic models. However, all the others should receive the same 8 speed automatic that was previously offered just with the 3 liter diesel. Those wanting more power will still have the old 5.7 liter V8 at their disposal. This will likely be updated to offer 400 horsepower and 415 lb-ft of torque which is around the average of its class at this point.

We previously mentioned that the design for the new 2017 Ram 1500 might change a bit. Well, while the basic Ram traits like the bulky body are expected to remain, its front end should be all new. In fact many suggested that the new grille found on the Rebel will be now available across the range. This would bring a nice fresh look to the market and it should allow them to keep the truck the same as before. Its bed will also be substantially updated with an all new tailgate.

This will now be a two-piece modular design which will open in two different directions. Also, the inside of the cabin should now receive more attention to detail. This means that better materials and more equipment should be offered across the range which would be a real improvement.