We all know Porsche loves to introduce new versions of their models quite often. It almost seems like they’re obsessed with filling in the gaps in their range with every conceivable niche vehicle. That’s not all, every of those vehicles has a large number of various versions in their lineup, so it sometimes gets quite complicated. Amongst the endless versions of 911’s and Cayenne’s, there’s now a new model called Macan, and it is getting the GTS trim.

It was officially unveiled at the 2015 Tokyo Motor Show where it stood out from the crowd. Mostly because the other vehicles on display were a bit boxier, which is to say Japanese, but also because it’s quite good looking. It’s officially slotted between the base Macan and the flagship Macan Turbo. It’s a perfect balance, mixing up things of both worlds.

For starters, there’s the look. It’s distinctively a Macan, but a better looking than the base S. Some people think it’s actually even better looking than the Turbo, but that’s down to individual preference. If you were to describe the looks of the GTS, the first few words to come out of your mouth would probably be menacing or angry. It’s a design that simply reeks of character and sets you into a commanding position. 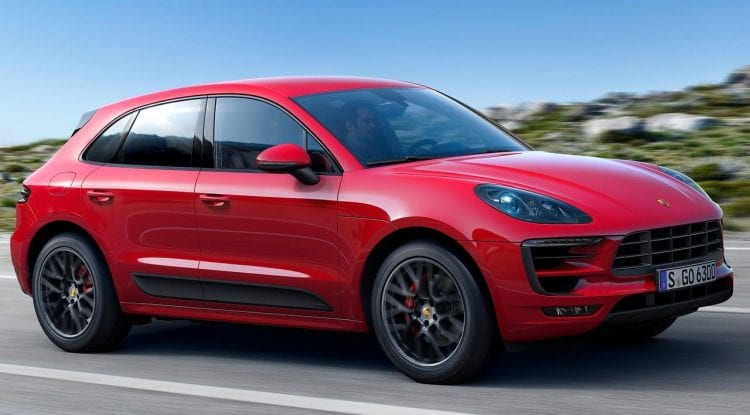 Finished in the distinctive fiery red paint with black accents throughout the car, it does appear more focused than both the S and the Turbo. It may not be understated, but regarding aggression, it beats the other two hands down. Whether that’s something you like or not is up to you, but you can’t deny the 2017 Porsche Macan GTS is the best head-turner of the Macan bunch.

The front has a black grille with the optional headlights that come with LED technology to differ it from the rest of the range. The fog lights are standard but have had their housings smoked, giving a perfect match for the remainder of the vehicle. The wheels are exclusive to the model to. They’re 20-inch RS Spyder Design which has been finished in a color called Satin Black. This further accentuates the large red brake calipers peeking from the inside of the wheel. Speaking of the brakes, the front ones are massive six-pistons on each side that provide an abundant amount of stopping force. 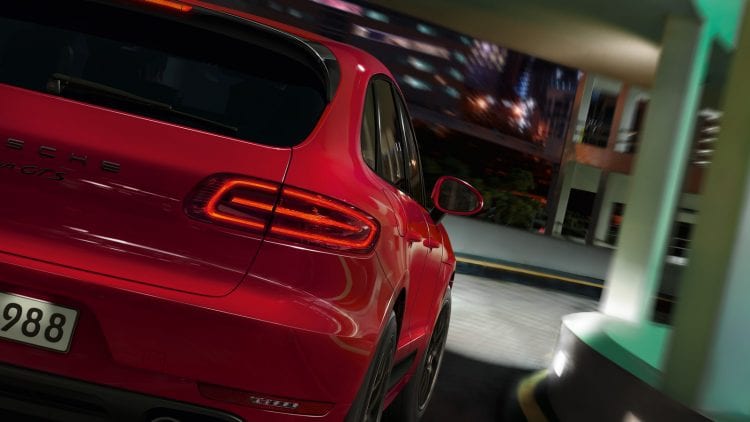 The rear ones are also red of course, but they’re sadly just one-piston. It’s not an issue since most of the work is done by the front ones. The side of the car is standard Macan, but the accent piece between the doors painted in black is exclusive to the GTS, and you won’t find it in any other model.

The rear bumper has been gifted four exhaust pipes with chrome tips on each. Besides them, you’ll struggle to find anything shiny or bright on the exterior. It’s mostly black, red, and black some more. Even the lenses on the rear LED taillights are smoked for that distinct dark tint. Obviously, you can’t have any chromed or white badging on such a car, so the back Macan and GTS emblems are finished in black as well and perfectly fit this execution.

The interior is the place you’ll be spending all of your time in, and Porsche has made sure it’s the best it can be. The GTS adds its unique features which in the long run improve the entire feel of the cabin. Firstly, the seats have been wrapped in exclusive Alcantara, and everything features the same special leather. The seats obviously come with the GTS logo stitched in, but only on the front-row.

Speaking of seats, they’re 8-way adjustable, something that not even the Turbo version has, let alone the base Macan S. There’s “GTS” tread plates, just to remind you this isn’t an ordinary Macan. Oh and let’s not forget, the stitching is red, matching the rest of the interior and exterior. If you wish to do so, you can even specify red seatbelts and a red tachometer for the full theme. 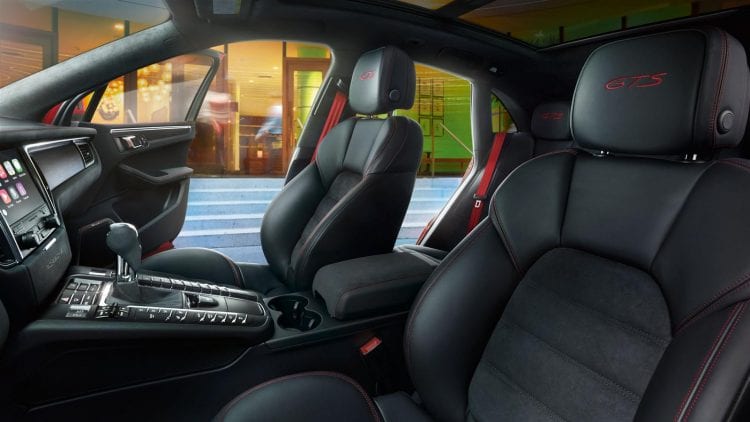 On the infotainment side, we see a new system make a debut too. The standard system is Porsche Connect. It offers CarPlay integration and comes with the car. The second is Porsche Connect Plus. It also adds CarPlay but provides 3D navigation and dynamic route calculations to go along with it. The Plus model also gets LTE Wi-Fi and traffic updates being streamed to you in real-time.

One feature that is standard on all GTS models is the Porsche Communication Management system. As well as the eight-speaker Sound Package Plus, it includes USB, auxiliary interface, Sirius XM, HD radio and even Bluetooth connectivity. With a set of features like this, we are sure that most drivers will be quite happy with the offer.

Although it’s still a 40 hp and 37 lb-ft of torque deficit on the Turbo, the GTS isn’t a slouch. It will get from 0 to 60 miles per hour in 5 seconds flat, a number which goes down to 4.8 if you go for the Sport Chrono package. The top speed is 159 mph, capable of beating most hot hatchbacks and performance sedans.

That engine is mated to a seven-sped PDK box which then subsequently sends the power to all four wheels via the all-wheel drive system. This, as you would expect, results in extremely fast shifts and insane amounts of grip. There is an optional torque vectoring system, assisting the already grippy GTS in finding, even more, grip and speed.

The suspension is borrowed from the Turbo. This means that we are getting active air suspension. You can choose right ride height to your liking, and it goes down by as much as 10 mm for even better road handling capabilities. It’s great on the road, but we wouldn’t advise taking it off-road since that’s not what it was designed to do. Some simple off-road courses will tackle easily, but more challenging ones will be a true problem.

The base starting price is just $67,200. We say just because that price doesn’t include things like destination charges or optional extras you might specify when buying your 2017 Porsche Macan GTS. Still, not bad for a sports car beating SUV with the really great level of luxury.