The ongoing generation of the 911 GT3 has been heavily criticized after Porsche decided to offer automatic transmission only version which defeats the purpose of an all-out sports car. In order to please their customers, they announced that the upcoming 2017 Porsche 911 GT3 will also be available with a manual option which is certainly going to make quite a few people happy.

While there aren’t many official details available about the upcoming model at this point, it seems that the car will be in fact very similar to the newly released 911R which has been quite well received by the public. Expect it to come with a lower number of comfort and luxury features than the standard 911 and to be more race oriented just like before. 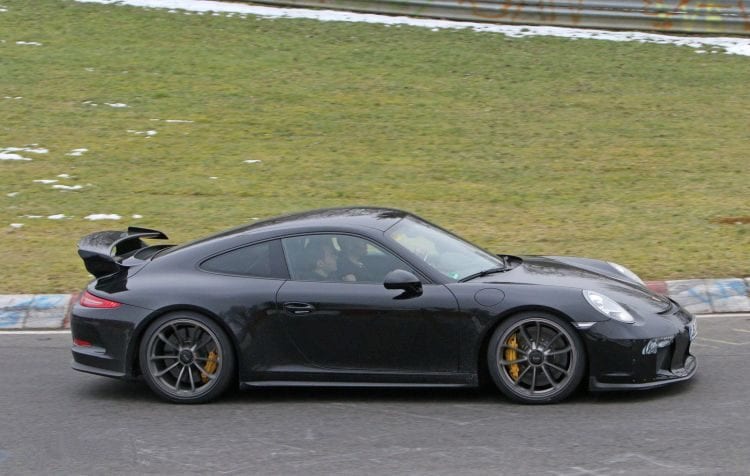 This means that the 911 GT3 will remain a back-to-basics sports car but instead of using the new engines on the all-new 911, the car will likely get to use the same power-train that can be found in the R model which will certainly make a lot of people interested in it. Unlike the R though, the GT3 will offer even more weight saving features but a smaller starting price due to the omission of a few items that can be found on the R as standard. The price is likely going to be around $30,000 less than that of the R, which would be in line with what the current model costs. 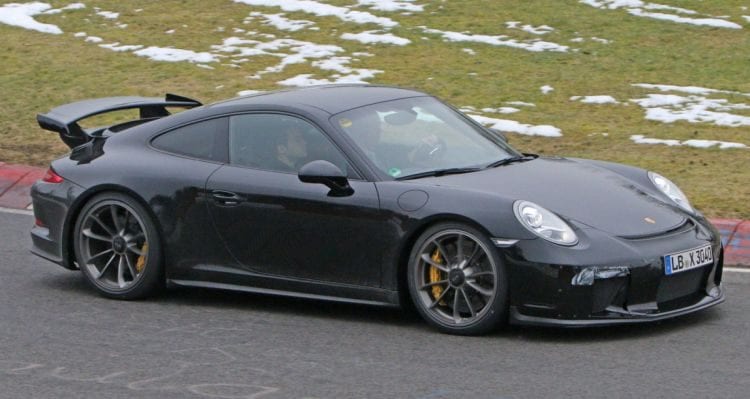 While the R comes with large 20-inch rims with really wide tires and carbon ceramic brakes as standard, the GT3 will not offer any of that. Instead, the car is expected to hit the market with 19-inch rims, 235 section tires in the front and wide 285 tires at the back as well as with regular steel brakes. A carbon ceramic package is likely going to be available but for a hefty extra over the base model. Also, instead of using magnesium on the car’s roof, this time around Porsche will likely go for carbon fiber which should maintain the weight at roughly 3,100 pounds which would be around 100 pounds better than before. 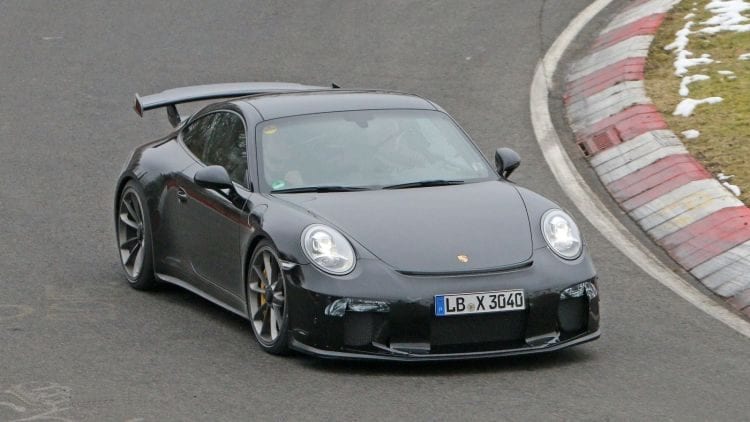 Currently, there are few engine options that German car maker could employ here, but we hope that the 2017 Porsche 911 GT3 will not bring the 3.0-liter twin-turbocharged flat six. Instead of this power-plant Porsche could bring the older 3.8-liter naturally aspirated unit, or a slightly larger 4.0-liter unit which can also be found on the R. The power will likely be set at around 460 horsepower for both versions and up to 330 lb-ft of torque with a red-line of over 8000rpm. This should be more than enough to make the car faster than before while still keeping it slightly slower than the much more expensive R. 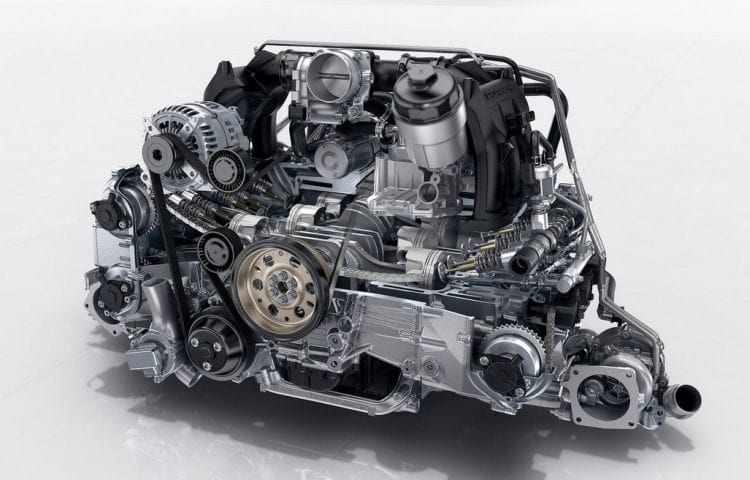 More on history of the model on wikipedia.org