For the 2017 model year, both the 911 Carrera and the Carrera S get the new turbocharged engines. Ever since the creation of the 911, this has represented the biggest change in the model range. The rather conservative and same styling has been kept throughout the years, and so has the engine for the most part. A flat configuration, also called a boxer, with usually six cylinders. In the early days, it was air cooled but later on moved to water cooling. The addition of a turbocharger is considered sacrilege by many enthusiasts, claiming it will spoil both the performance and the sound of the 911.

The changes are a lot more than just the engine. An abundance of changes makes this 911 one of the best to date. Despite the claims by enthusiasts, none of that turned out to be true. In fact, the 911 isn’t just better, it’s one of the best vehicles for sale at the moment, and we include all of the supercars and hypercars in this. Yes, it is that good, when you try one you will want to add it to your stable.

The 911 is a 2+2 sports car which can be had in coupe or convertible guise. Both the Carrera and the Carrera S are available in both body versions, so it’s a matter of which one you prefer the most. The new engine is a 3.0-liter turbocharged flat-6 unit which comes in some guises (i.e. different outputs). The same update can be seen on the Targa 4 as well as the Targa 4S. A change for the entire Carrera lineup then, and we salute that.

This is the biggest change to the Carrera lineup since the introduction of water cooling back in the 1990s. The engine still has the same boxer flat 6-cylinder configuration, but it’s now sporting two turbochargers. The displacement has also been reduced to “just” three liters but don’t worry. With the help of those turbochargers, power has gone up. Both models now offer additional 20 hp, and 44 lb-ft more of torques have found their way in as well.

The standard Carrera develops 365 horsepower and 332 pound-feet of torque. The more powerful Carrera S generates 414 horsepower and 369 pound-feet of torque. The difference between these two models is a direct result first and foremost of the different turbocharger compressors but also because of a different exhaust system as well as upgrades to engine management computer.
Undoubtedly the turbochargers have fundamentally changed the way the engine, and therefore the 911 feels.

That’s not to say it’s bad, it’s just different. The traditional low rev clutter of the naturally aspirated flat-six is gone for instance, and in its place is now a much smoother sound thanks to the lower capacity. The turbocharged noise is something we never thought we’d hear in a 911, but it’s present, and you can very much hear it. The low-end is now incredibly strong with a great amount of power even at lower revs. There’s torque virtually throughout the entire rev range, starting from just 1,700 rpm and going out all the way to 5,000 rpm. Torque was something the old engine never had a lot of, but boy does the new turbocharged unit deliver.

The good thing here is that the quintessential drive character of the 911 is still somewhat similar. Instead of having all that torque scattered across the entire rev range or focused in just one particular point, the 911 now spreads it evenly across a somewhat intermediate rev range. It’s most felt from 2,500 rpm to 3,500. This means that it will still rev out to 7,500 rpm, despite the turbochargers. Enthusiasts should not be worried as the instant response is still here, along with the glorious screaming engine (albeit singing a slightly different tune). 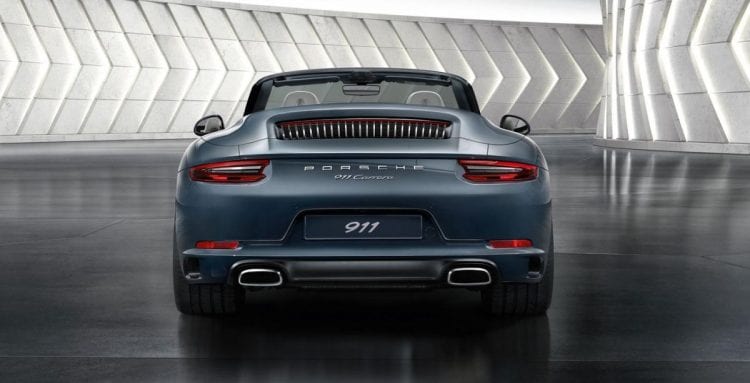 We suggest you choose to take the optional sports exhaust as it’s probably the only option we’d want on our 911. It makes the sound that much better by not just amplifying it, but also by creating a much richer experience in the process. There are also a couple of sound ducts piping engine noises in the interior. Don’t jump in your seat just yet, the noises are real and are not faked in any way, unlike most other piped noises.

Performance wise, it’s still exceptionally quick. The 0 to 60 miles per hour time is 4.2 seconds in the standard Carrera with the PDK and 3.9 seconds in the Carrera S with the same gearbox. You can, of course, have it with the seven-speed manual, but it’s up to you to decide whether you want driving involvement or the ultimate point A to point B car. It’s still behind the likes of the R8 and the AMG GT but in a car such as the 911, you can argue it doesn’t even matter. Oh, and by the way, it manages all this while being 12 percent more efficient than the last generation car. Talk about German engineering. 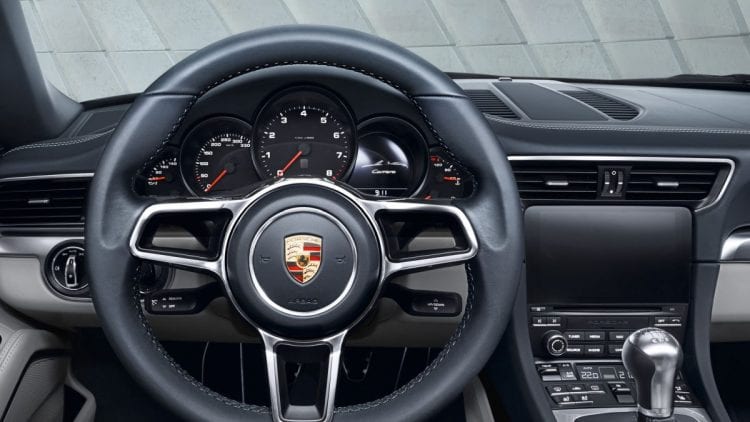 The steering is still electric rather than hydraulic but in all honesty, the myth that the electric steering is rubbish was busted a long time ago. Not only is it as good as the hydraulic, but the Porsche’s is one of the consistent in the business. It provides excellent precision with superb feedback, something most companies are still struggling with.
The big news here is the active rear-wheel steering for the Carrera S. It was previously only seen on the 911 Turbo and the GT3 models, but it’s found its way down the range ladder. 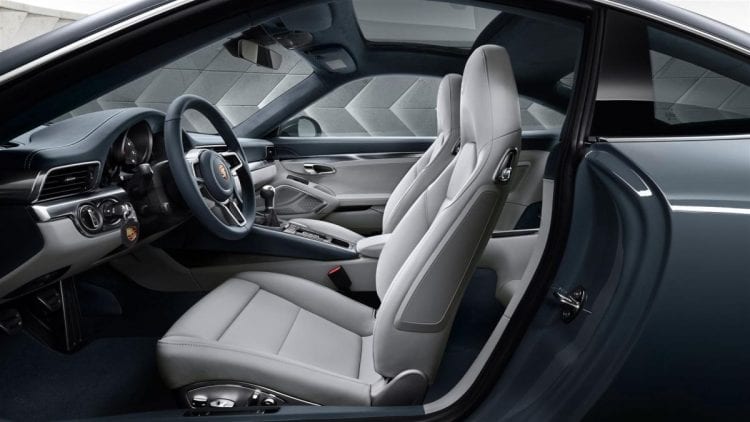 It’s capable of adding 2.8 degrees of the lock to the steering wheel, thus adding a lot more stability and agility. Depending on what speed you’re going, it can turn opposite of the front ones to provide a sharper turn-in or together with the front ones to give you more stability. It’s brilliant giving you the best possible performances.

The basic Carrera coupe starts at $90,300, but that price jumps to $104,300 if you want the Carrera S. Choosing a cabriolet version of either of those adds $12,300 to the price tag and the all-wheel drive system another $6,900. It just hit dealerships in certain parts of the world so if you’re thinking of grabbing one now is the time.