Porsche has released the first Cayman eleven years ago and positioned it as the coupe version of the popular Boxster model. It also became extremely popular among the customers because it was much more affordable than the flagman 911 model. The first ever model was produced with three versions of engines with the most powerful one topping at 321 horsepower and 273 lb-ft of torque. The customer loved Cayman because of great customization and the impressive load of convenience and safety features and the Germans hurried up to deliver the next generation. The next generation of the model was released in 2009 and the redesign followed four years later. The tradition of providing three engine versions was followed once again, with the 340 ponies in the most powerful unit.

Now that we are closing to four years since the release of the latest Cayman redesign, the automaker announced preparation of the mid-cycle refresh of the model. Originally, we expected the revision to be insignificant but the recent release of the redesigned Boxster told us that the automaker had something different in mind because the redesign was comprehensive. The same could be said about Cayman because in addition to minor tweaks the model received new engines and many other features. Let’s find out more. 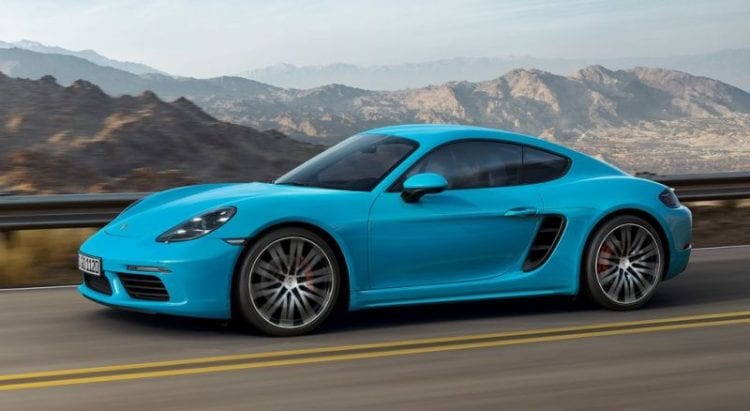 When the first Cayman was released back in 2005, it shared the exterior design with Boxster. The look at the Cayman under 718 nameplate reveals that the automaker has decided to continue this tradition because the two models are the same below the waist. The list of the new style features includes a new bumper, revisited center-mounted grille, and increased air intakes. These elements look consistent with the overall design, which is also added with the latest technology from Porsche: bi-xenon headlamps that look really cool and provide great illumination. 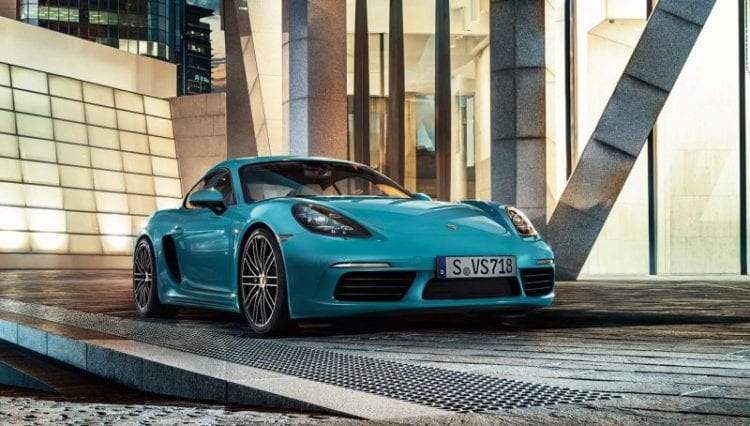 The profile of the new 2017 Porsche 718 Cayman resembles the design of the previous generation but there is a number of noticeable changes, including side mirrors, character lines, door handles, and wheels. In terms of the wheels, the new generation will feature 20-inch as standard instead of 19-inch ones. 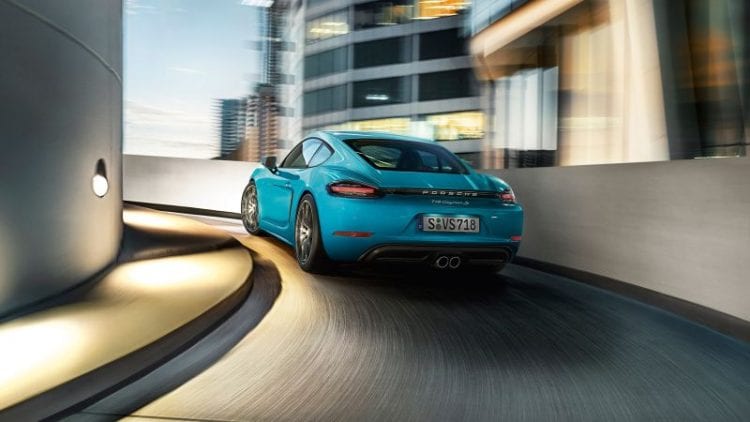 More changes are found in the back. First and foremost, the designers have revisited the decklid and taillights, making them more elegant than ever. The latter now use the latest 3D LED lamps and a black strip with “Porsche” on them. This element certainly reminded us about a similar feature on the models of the 1990s; other revisions include exhaust pipe, diffuser, badges, and outlets.

The look inside the cabin reveals that the interior is exactly the same as in Boxster. However, some elements were slightly redesigned, including dash, instrument cluster, and steering wheel; the latter is now reminds more of the steering wheel of 911. A lot of high-tech stuff is included in 718 Cayman as well: Apple CarPlay, premium sound system, USB ports, and the app called Porsche Car Connect, which extends the existing vehicle functions with additional apps and services. Moreover, the automaker provides the customers with different upholstery options and customization. 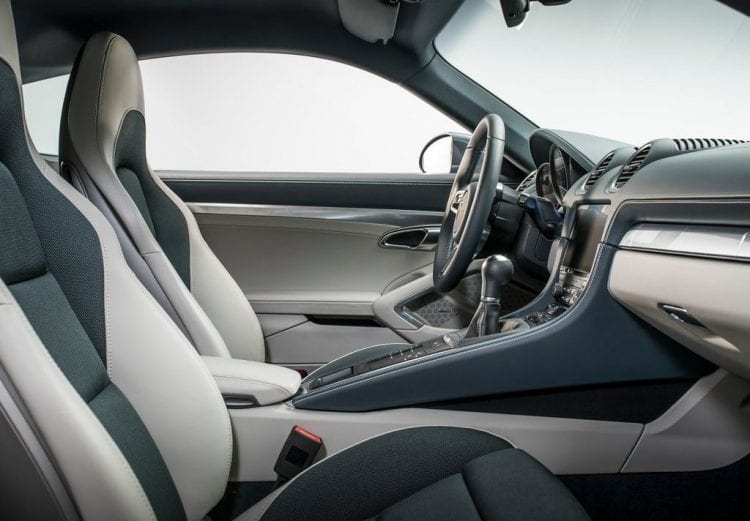 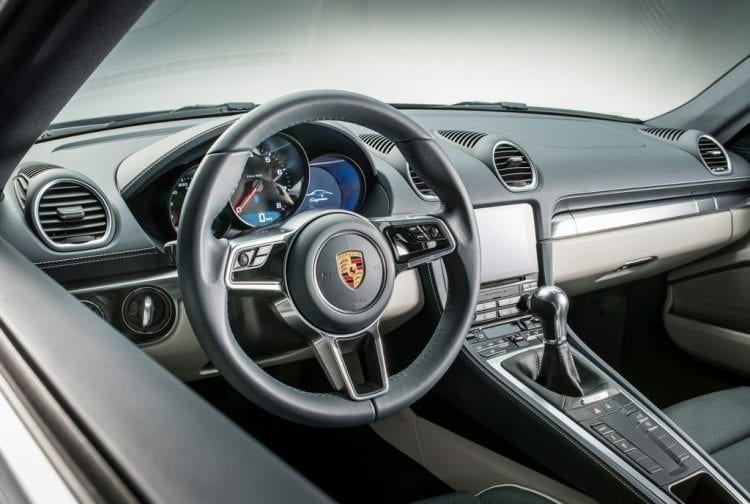 The previous generations of Cayman used the naturally aspirated flat-six engines but now the automaker decided to change this. From now on, the model will be using a little bit more powerful turbocharged engines; the standard configuration will be equipped with a 2.0-liter unit, the performance of which was measured at 300 horsepower and 280 lb-ft of torque. These indicators represent a slight increase from the predecessor (35 horsepower and 74 lb-ft of torque) and now the vehicle reaches 60 miles per hour in just 4.9 seconds and top at 170 miles per hour, which represents a 5 mile increase as well. 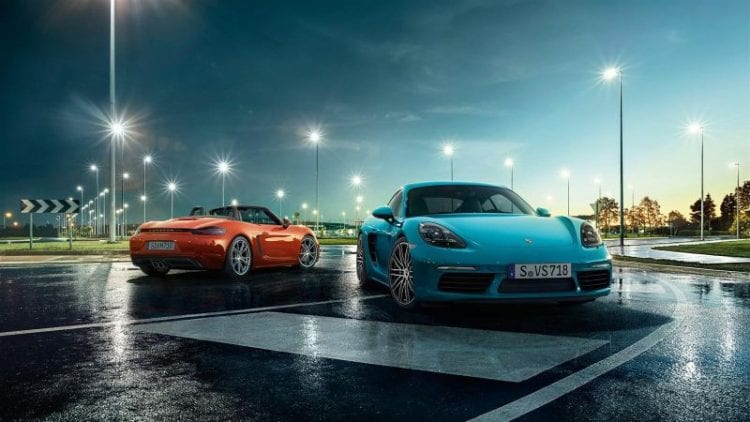 The next trim level, S, will be using a 2.5-liter turbocharged unit capable of producing 350 ponies and 309 lb-ft of torque, which is also a slight improvement from the previously used unit (35 hp and 43 lb-ft of torque). The time to reach 60 miles per hour has been decreased to 4.4 seconds with the basic manual transmission and 4 seconds with the PDK. 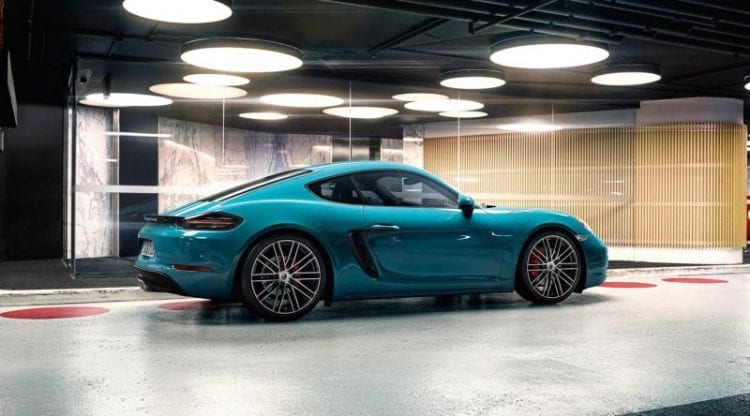 The new engines have not only contributed to better performance but also better mileage. Specifically, the standard configuration of Cayman uses 21/28 mpg city/highway while the S trim returns 20/26 mpg city/highway. In addition to the previous drive models (Normal, Sport and Sport Plus), the model received the latest Sport Chrono Package that provides Individual mode.

According to the manufacturer, the starting price for the model is $53,850, which represents a $2,000 decrease if compared to the latest Boxster (this model will feature the manual gearbox). This means that 718 Cayman becomes the most affordable model among the latest ones from Porsche. However, the price dramatically increases if the optional features are included; for example, the addition of the PDK increases it by $3,200 and so on. As for the S trim, its starting price is $66,250 for the manual transmission version and $69,450 for the PDK version. 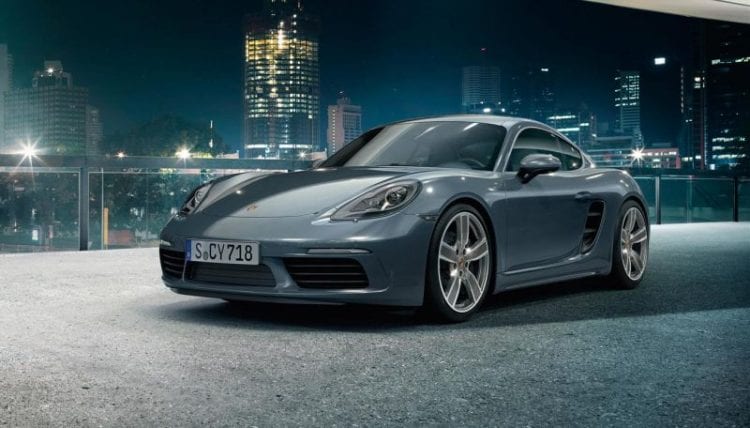 718 Cayman has received a great update that provides more power and fuel efficiency and makes it the most affordable and pretty quick entry-level vehicle from Porsche. Perhaps the most noticeable change is the new engines that provide more horsepower. The price is what will most likely to satisfy the Porsche fans because 718 Cayman is positioned under 718 Boxster. Given that we expected the model to get some minor updates, this one is certainly welcomed because it has the same output features as Boxster but costs less. 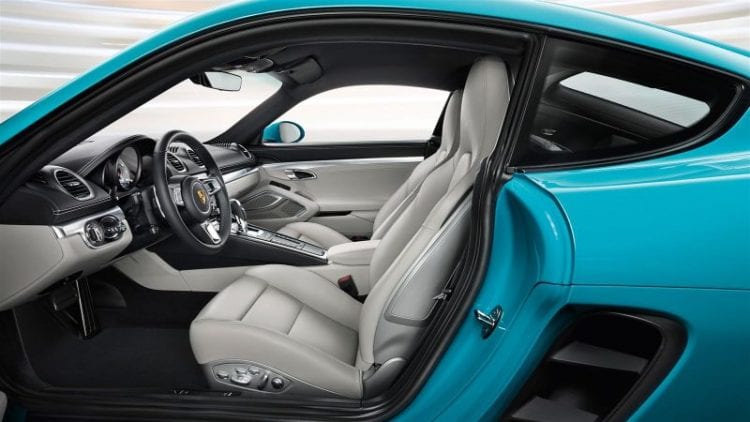 We do not mind that the automaker has continued the tradition of sharing the same exterior design between Boxster and Cayman because they make their bodies very aerodynamic and good-looking. Audi TT and Alfa Romeo 4C are perhaps the main competitors of 718 Cayman; while Alfa Romeo’s price is similar to Cayman ($54,000), the model from Audi costs lower ($42,00). Shortly put, Porsche has got quite a competition in the segment, so will be waiting to see how the new 2017 Porsche 718 Cayman performs.