Peugeot entered the game of MPV in 2008 with 3008 model and a year later with bigger 5008. Let’s say, it arrived for the game quite late, as domestic rivals were there years before. Renault introduced Espace all the way back in 80’s, Scenic was born in 1996, while Citroen revealed Xsara Picasso in 1999, what is today C4 Picasso, or in short, they all did it way before Peugeot remembered that it might also.

On top of that, they did it in the bad times as Crossovers are just plainly killing mid-size segment sedans and any segment of MPVs. And then an interesting thing happened, last year 3008 entered into the second generation, daring to change the market as it became SUV or more precisely CUV. Crossovers sell today, MPVs don’t. Period. There was nothing else left for the bigger brother than to follow the same story and here we have 2017 Peugeot 5008. 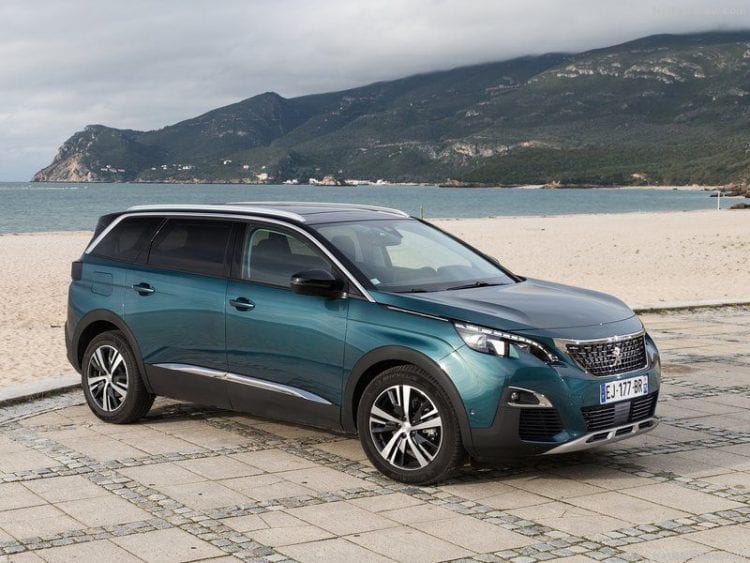 2017 Peugeot 5008 didn’t just copy segment swap from younger brother, it openly copied its looks also. Let’s say that they are both unusual, mildly put. French are known for eccentric design and this is one of those. But as the time pass and dust settle, you will start to grasp with its visual idea, and you’ll begin to appreciate all that oddness making it distinctive and full of character.

You also start to notice the difference between brothers and see that 3008 is more dynamic and funkier, while 5008 is boxier and slightly more rugged but only relatively speaking as both plays on trendiness in the first place.

Peugeot recently developer i-Cockpit and it intends to make the full use of it. 5008 interior is honestly exactly the same as one in 3008 model. Maybe they could have done more, but on another hand, they both share the same compact segment, and i-Cockpit is the best thing that came from Peugeot in a long time.

Its interesting shape has been achieved with separating dash by different levels, it’s futuristic, well built and highly digital with a 12.3-inch screen instead of instrument gauges, consider it as French Virtual cockpit and supported by another classic 8-inch infotainment system screen.

Standard equipment is quite fair with Mirrorlink, speed sign recognition, and automatic emergency braking, among else. If you are wary toward nature mood, you can opt for Advanced Grip Control, something similar as Terrain Response from Land Rover, although far less capable, but it can come handy indeed in rainy or mildly snowy days. 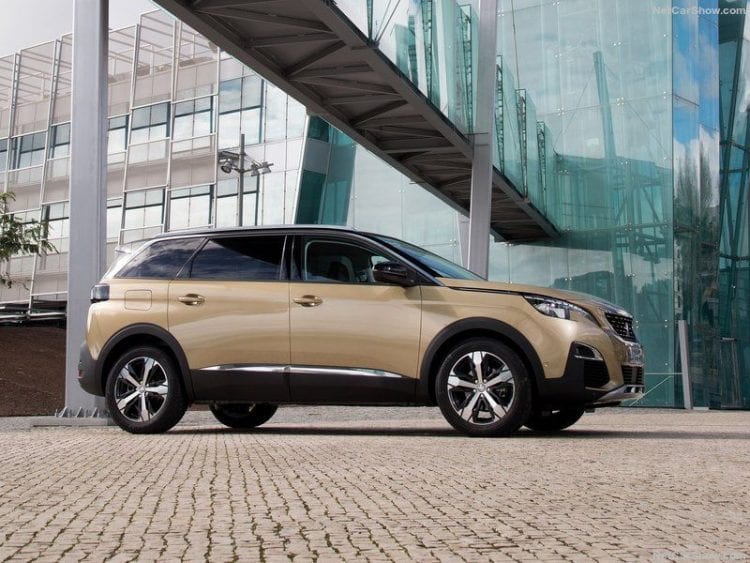 There will be plenty of choices here. If you have an inclination toward petrol engines, you have an option between 1.2-liter turbocharged I3 delivering 129 hp and 1.6-liter again turbocharged I4, but in this case, it pumps out 165 hp. Diesel options would include 1.6-liter with 100 hp or 119 hp or top of the range 2.0-liter boosting 180 hp.

These units could be mated to the manual or 6-speed automatic, while strongest petrol and diesel engine come with automatic transmission as standard. Sadly, most powerful diesel takes 9.1 seconds to 60 mph, which is far from amazing, so it’s better not to enter into acceleration figures of other units.

Well, one thing, and that one is space. 5008 doesn’t have boot it has a cave with 952 liters (33 cubic feet) of stuff that you can cram into. And yes it can seat seven inside. This means that it just joined new European compact crossover game, openly provoking Kodiaq, Tiguan Allspace and X-Trail.