Full-size pickup trucks market share is more than huge in America. But, then most of it goes to the king of the kings or Ford F-150, pretty decent share grabs Chevrolet Silverado and Ram, and that leaves Japanese to gather leftovers. The one that went worse in all this story is Nissan Titan which has a fraction of sales of Toyota Tundra, which then has half of the sales of GMC Sierra, which is again half way toward Silverado and Ram, which are than, well, almost half short of Ford’s.

The unpopularity of Nissan with buyers hasn’t been helped by the fact that first generation stayed in production for 12 years, and although the second generation was revealed at the very end of 2015 Japanese brand is still completing the lineup, and that brought us to 2017 Nissan Titan King Cab. 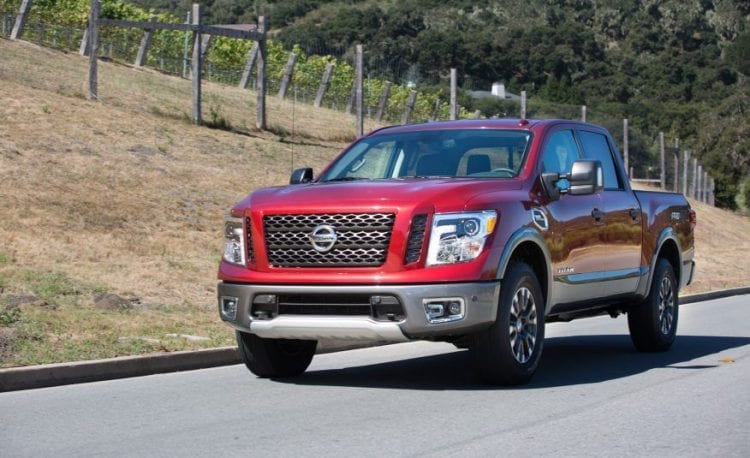 King Cab is a version that carries the whole cabin, meaning it comes with rear bench, but not as spacious as crew cab goes, so extended cab one, then. Let’s say that we have half of what are supposed to be back doors, and same is true for rear bench available space, making this version slot between regular and crew cab version. Normally all other rivals are offering the same configuration as always, whether it is called Double Cab, Super Cab or Quad Cab.

SPECIAL PART OF IT

The Japanese company has figured out and even stated openly that rear bench, going with this version is merely suitable just for kids. Add this to that fact that Titan has worst space figures in the class, and that obviously led them to offer the option of dismissing rear bench in total, which will be the first offer of that kind in the segment. Without the seats, you’ll save a couple of pounds and actually get another boot, which would be quite convenient especially keeping in mind that this one is covered from all nature hazards and safely tucked inside.

We would say yes. Primarily because that is just an option and you don’t have to check it on the list. The thing that most inspired Nissan are commercial sales of its truck. Companies using Titans rarely use the back seats in extended cab configuration, and clearly, they can benefit from additional storage. Since commercial purchase account for 20% of sales and third of that percent goes to King Cab, we are ending up with percentage not so easy dismissable.

Just a reminder of already known facts that go with this version also. Under the hood you have two V8 options, 5.6-liter petrol delivering 390 hp and 394 lb-ft, while legendary Cummins 5.0-liter turbo diesel comes only with Titan XD model, or heavy duty one, being rated at 310-hp and 555-lb-ft of torque. We still don’t have V6 yet, and that might change in the future.

As usual, you have RWD or 4WD and payload goes from competitive 1,620 to 2,290 pounds, while with Cummins under the hood of XD version can pull up to decent 12,630 pounds.

With 2017 Nissan Titan King Cab Japanese has completed regular offer of one truck, at least concerning cabin configurations. But, we hope that this is not all. This pickup is the least popular thing in the segment and it definitely needs some extra boost to its image and Warrior Concept could be it. We all know that it wouldn’t jeopardize Ford’s Raptor, but it could draw somebody wanting it ending with something as the more usual side of it.