Last year we saw the launch of the Titan XD by Nissan. The full-sized pickup truck immediately sold-out as it proved to be a great option for the current pickup segment. Well, we’re glad to announce that following Nissan’s public statement about a smaller Titan, they’ve officially introduced the standard Titan at the 2016 New York Auto Show. We didn’t get all the details yet but read on to find out what we already know about the Titan.

Unsurprisingly, the looks of 2017 Nissan Titan is very similar to that of the Titan XD, but there are a few notable differences. For starters, it’s much shorter. It isn’t immediately apparent, but if you get them side by side, you’ll be able to point out the exact segment where it lacks in size. To be specific, the rear overhang and the area from the front tire to the grille (the front fascia). Obviously, the bed is going to be shorter too by some margin. The entire sheet metal length between the bulkhead and the fenders is now shorter.

Apart from that, there are no other visual differences. If you’re an enthusiast, you might spot out the new front tow hooks which have been incorporated into the opening of the bumper, rather than hiding them under the bumper like seen on the bigger XD. You have the half-ton frame to thank for this, but it’s a much cleaner and more elegant approach to the subject if you ask us.

Two more differences which are purely cosmetic and barely noticeable are the standard side mirrors on the Titan, as opposed to the larger, vertical ones on the XD, and the engine badge denoting what’s under the hood. There is a possibility that these badges are the same, as both versions can be fitted with the same engine, but more on that later.

Quite honestly the Titan may very well be one of the best-looking pickups. We know it’s not up to everyone’s standards or likings, but take a closer look at it, and you’ll notice small features which do grow on you with time. The large headlights with the inverted LEDs, for instance, are a thing to behold. The grille is big, just like we get on other trucks in the segment, but it’s elegant and stylish. Well, as sleek as a truck can be; this is important because the market is changing and buyers are chasing the good looking vehicles now. The rear taillights are small but nicely shaped. All in all, this is one handsome truck, and that goes for both versions.

When it comes to the interior, it too is a carryover from the much larger Titan XD. The only thing missing from its bigger brother is the low counting tachometer, specific to the Cummins diesel equipped XD. Most of the features are the same, such as the 360-degree camera system, the folding rear bench seat, and even the wonderful Zero Gravity seats. It may be smaller and less expensive, but that doesn’t take anything away from the interior. 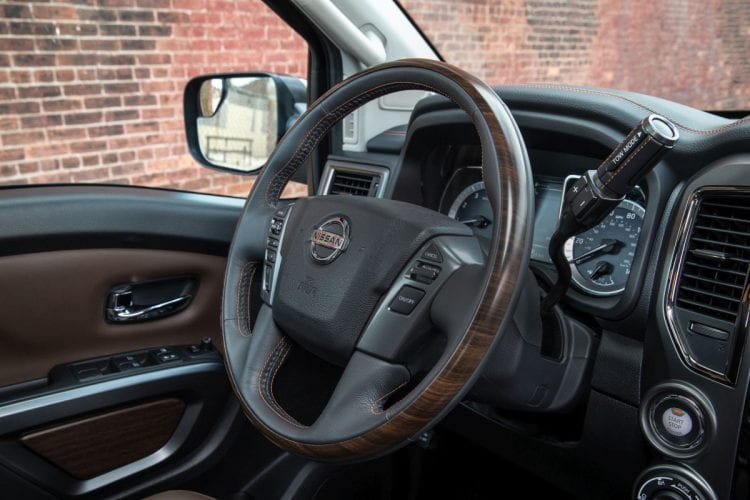 You may have read Crew Cab in the title, but in reality, that’s just the configuration of the cabin. Customers can choose from a Single Cab, a King Cab, and the mentioned Crew Cab. Depending on what you plan on using it for, we believe there’s more than enough choices for any occasion. Combine this with the five trim levels available, which you can mix and match with most cab configurations, and suddenly, even more, options open before you. You can have an S-grade Single Cab, a fully spec Crew Cab with the Platinum Reserve trim, and anything in between. We mentioned Crew Cab first simply because it is best-selling and most buyers opt for this one.

If you’ve got a lot of stuff to haul but need passenger space too, the Crew Cab is the configuration of choice for you. There’s a lot of legroom in the second row, despite what you might have heard saying otherwise. The other two cabs are good too, but for carrying passengers, this is the weapon of choice.

The higher models get the excellent infotainment system that is standard for Nissan. The menus are intuitive and easy to use, and the system is fast to respond, while the controls for everything are user-friendly and logically delivered. The lower portion of the center stack houses the buttons for the parking sensors and the traction control, while the trailer brake controls and all of the accessories like the USB and AUX are right below them.

Now the beast under the hood is sadly still a mystery. Well, the base engine is anyway. A standard V6 for the regular Titan has been confirmed, but no word on anything exact just yet. There is the option of fitting it with the 5.6-liter Endurance V8 from the bigger XD, however. It’s an engine all too well known to us, as we’ve seen it in service in the Armada and the QX80 too. It develops 390 hp and 401 lb-ft of torque. It’s coupled to a seven-speed automatic which is the only transmission choice available. Maybe it could get a slight power bump, but that is highly unexpected. 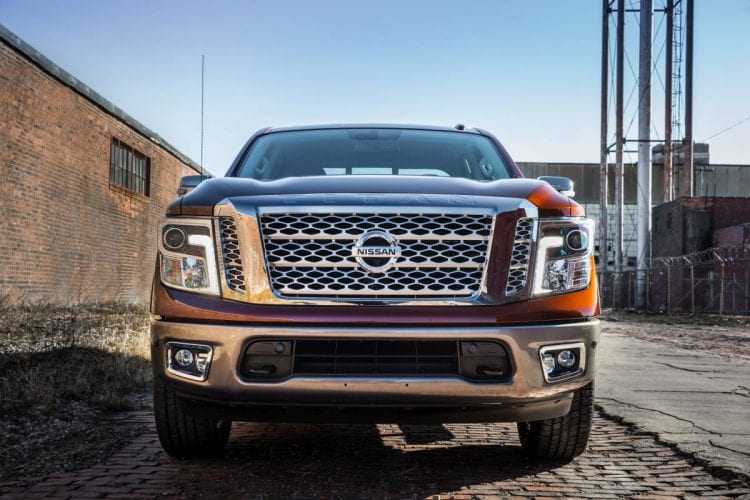 Sadly, there are no rumors on whether the diesel will find its way into the regular Titan, but we hope it will. Yes, it may be overkill and not a lot of people will go for it in the regular Titan, but it’s good to have that option. The standard Titan will naturally be rear-wheel drive, with the possibility of adding a four-wheel drive system. The 4WD system gets a two-speed transfer case with high and low-range gearing, and the whole thing is electronically controlled. 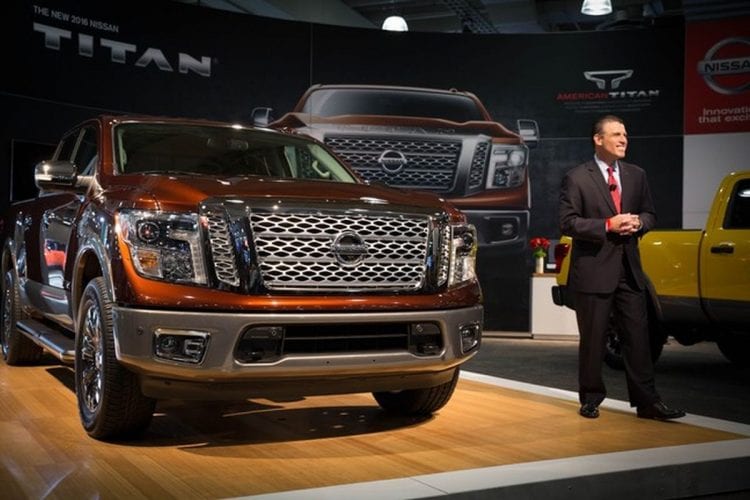 The price of the Titan XD has just been recently announced, so there’s no word on the much later announced regular 2017 Nissan Titan, but expect it to start somewhere in the $30,000 range.