Nissan has been pretty generous in its SUV offer. From tiny Juke to huge Armada, from small QX30 to gigantic QX80 from Infiniti’s lineup, it hasn’t been even shy in delivering multiple choices within same segments. Also, it made sure to bring proper SUVs along with modern crossovers in all shapes and sizes not leaving any possible buyer’s preference unmatched.

Keeping in mind good popularity of its luxury division in the US, corporation’s offer for that market has been fairly rich but is hasn’t stopped Nissan in enlarging it even further. That is how we came to 2017 Nissan Rogue Sport. 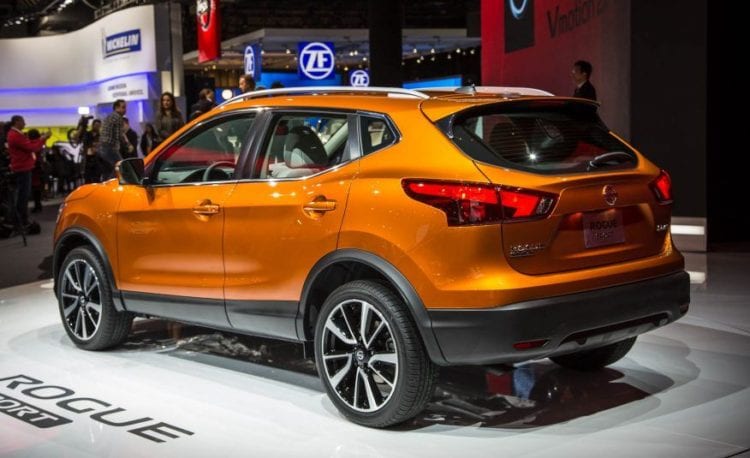 It isn’t what its name is suggesting that it is. It isn’t Sporty version of Rogue at all. You see, Nissan Qashqai has been the most successful brand model in Europe, making seismic shifts in young crossover compact segment upon revelation, becoming sort of class benchmark, and it is still one of the best-selling cars in Europe.

Since the US has Juke in the offer and then empty space till Rogue, which stands as X-Trail in Europe, it was a relatively natural move by Japanese to sail Qashqai over the pond and cover the empty slot. Rogue has tremendous sales in the US especially in recent time so why not expect a smaller sibling to mimic one from Europe.

It is normal if we wonder why it isn’t called Qashqai in the US too, mainly because it will be in Canada. Then we come again to the mentioned sales charts, which went ludicrous in past year breaching 300k mark, which is again double the ones three years ago. So, marketing division took charge here, and Qashqai is going to play on bigger brother current fame showing direct links to it with its designation.

Qashqai was introduced in 2013 and Rogue Sport is going to carry its look with just slight alterations. The front fascia is absolutely the same, although US version brings obligatory yellow turn signals, while at the rear tail lights are preserving the same shape but with totally different configuration. The cabin is identical, although with one big difference. Sport’s steering wheel is same as in Rogue making that piece much more attractive than European one in Qashqai and X-Trail.

Rogue Sport is a foot shorter compared to the Rogue and with a 2.3-inch shorter wheelbase. That means less interior space and less cargo too, which translates into reduction from 32 to 23 cubic feets in the luggage compartment. On the opposite side, Sport is 300 pounds lighter which you will definitely feel on the road. It is also tuned for better handling, making it firmer but also more agile and vigorous. Even the steering wheel is heavier and more communicative.

In the beginning, Sport comes with 2.0-liter naturally aspirated engine rated 141 horsepower and 147 pound-feet of torque, which is almost 30 hp less than Rogue, but due to the mentioned weight difference, we believe it isn’t going to suffer much even on paper. Later Sport’s engine offer is going to be widened primarily with 1.6-liter turbocharged unit delivering 161 hp already present with Juke.

2017 Nissan Rogue Sport just cannot fail. Qashqai has been sales phenomenon in Europe, and if half of those figures are reached in America, Nissan’s move would appear reasonable. It is prettier, cheaper and more entertaining crossover than Rogue, only losing in space department when compared to it. We know that Americans are not so crazy for smaller anything, expect price tags of course, but this could prove as interesting offer even to them.