The new Qashqai finally found its way to North American shores. Well, at least to Canada because in the States it will be sold as Rogue Sport. This model was available in Europe since 2007, but this is the first time it will be available in North America. The difference between US model and Canadian is size. 2017 Nissan Qashqai is way smaller than Rogue. Overall length is about 172.5 inches which is 12 inches shorter but not at the expense of passengers. In every other aspect, they look same. From front end face in V shape across the side profile to the back of the car.

Qashqai fills the empty slot in between Juke and Rogue and nicely closes up Nissan’s SUV/Crossover lineup which consists of already mentioned models aided by Pathfinder, Murano, and Armada.

Under the hood, the 2017 Nissan Qashqai has a 2.0-liter four-cylinder engine available with 141 horsepower and 147 lb-ft of torque. Unlike in the states where Rogue is available with only CVT gearbox, Canadian Qashqai will also be available with a six-speed manual. The new model comes with FWD as standard and AWD as an optional feature.

As far as the features go 2017 Nissan Qashqai comes with heated front seats and mirrors on all trims while a heated steering wheel and remote engine start are available starting with middle trims. Other equipment includes Forward Emergency Breaking, Pedestrian Detection, Intelligent Cruise Control, and Rear Cross Traffic Alert. All of these features are part of Nissan’s Intelligent Safety Shield.

On a Global scale, Nissan has sold more than 2,5 million copies of Qashqai making it one of their best-selling vehicles. Same success is expected from 2017 Nissan Qashqai when it debuts on North American market. The official release is expected this spring, and when that time comes, we will have more details regarding the price.

The Qashqai is one of Nissan’s best-selling cars, and that’s for a really good reason. It is quite cheap, comfortable and it doesn’t lack in the performance segment. On top of that, the car is one of the nicer looking compact crossovers out there. Even though not official, for now, there are strong rumors that suggest a big update for the 2017 Nissan Qashqai. This will not be an all-new model like many of its competitors. Instead, Nissan will be delivering the car with a visual update, and they are also set on installing quite a bit more technology on the car.

All of this will be done to make it easier to drive but also safer. On top of all that, new engines might also be added to the range with this update. The release date is currently unknown, but it seems that the car may be put into production during first few months of 2017. Shortly after that, it should emerge in dealerships across the country. Like before, the changes on the upcoming Qashqai are going to show what the US market is going to receive with their Rogue model.

Up to this point, Nissan still hasn’t said anything about the design, engines or even interior of the upcoming car. However, they did say that with the new model they want to bring a lot of new features to the market. One of the most important is going to be an automatic cruise control system with a lot more capabilities than before. Like Tesla, Nissan wants a car that drives itself. However, they are still quite far from it. The Qashqai is set to be the first step towards it. The car should feature an active lane monitoring system that will also take care of the side lanes. While it will only be able to keep a set distance from the vehicle in front, it will be able to break all by itself if anything happens on the side lanes. This system should make the car a lot safer to drive on busy highways, and it should be a system that will also be implemented in the US market. 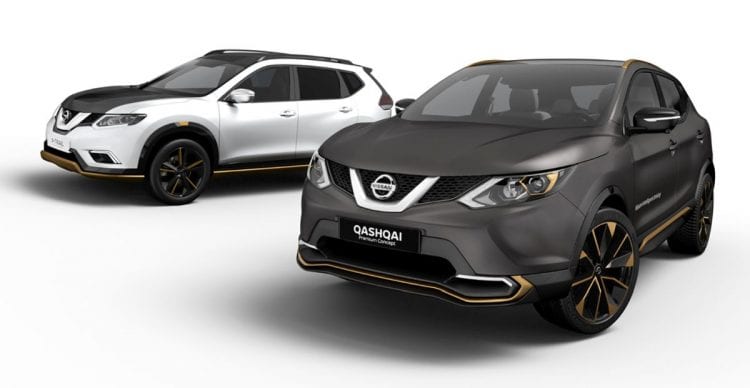 It is unlikely for the design of the new 2017 Nissan Qashqai to change a lot. However, some minor tweaks are in the works for sure. The rather aggressive look is here to stay but this time around we might see a few more design cues taken from the Murano. The floating roof effect, as well as the sloped roof, could both be used for this facelift. On top of that, the car’s front end is expected to be redesigned with cues from the Maxima and Murano, which should allow the vehicle to fit Nissan’s range of models better. 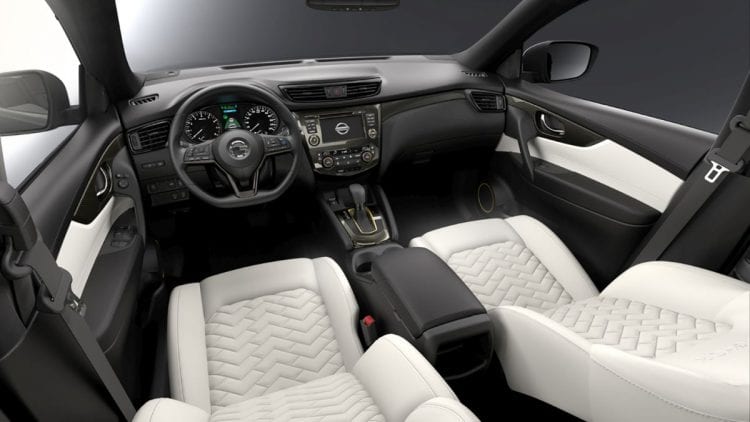 Currently, a 1.6-liter naturally aspirated engine is offered as standard. The upcoming 2017 Nissan Qashqai will only get turbocharged powertrains. These are not only more efficient but also more powerful which is always good. The base will likely become the old 1.2-liter turbo inline four. This small unit comes as a replacement for naturally aspirated 1.6-liter engine and can deliver up to 120 horsepower and 160 lb-ft of torque; this should be more than enough for most. A larger 1.6-liter turbo engine is also a real possibility. This should easily offer about or even more than 200 horsepower and 200 lb-ft of torque, and it should hit the market as the hot version of the car. The older 1.5-liter diesel should be carried over unchanged, but a new 1.6-liter unit might also be added to the mix. The US version of the car will ditch its old 2.0-liter engine in the favor of the 1.6-liter unit. However, on U.S. market this powerplant will make around 170 horsepower which is more than the older 2.0-liter unit but less than the European version. While it will offer better fuel economy than more powerful European engine, we still would like to see 200 hp packed for U.S. market. It could be offered as an option and higher trim than the 170 hp version.