The approach of updating the line-ups at Nissan has certainly changed in the recent decade. Previously, the company tended to provide the restyling once in a decade and often it was not significant, which was disappointing. Nowadays, however, updates are a big deal at Nissan. Take Pathfinder for example; the model was practically abandoned for almost a decade until the remaking of 2013 version, and now the automaker has already announced the 2017 model. According to reports, it will come with a number of updates. A new and more powerful engine, front and rear fascia’s, and cargo capability are among them, says the automaker.

Indeed, Nissan seems to have done some work with the new Pathfinder, so let’s take a closer look. 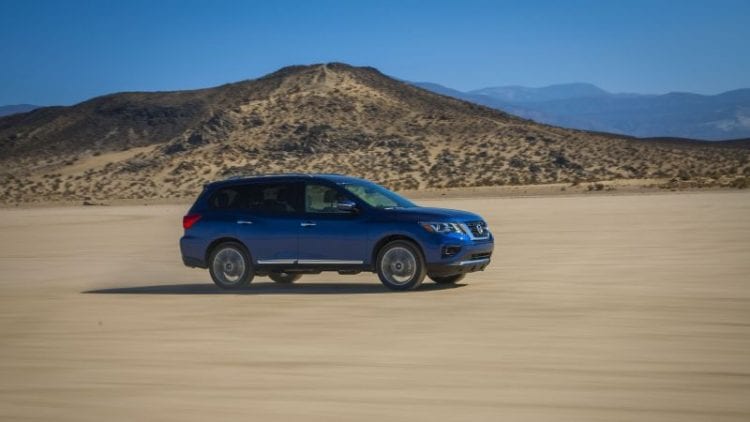 According to the manufacturer, the new model has been provided with the new front fascia, but the closer look reveals slightly different situation. The elements of the 2014 model were changed to make it a flat-bottomed V that has the grille extending down into the front. This design makes it looks much smoother than previously available one. In addition to the fascia, the designers have given the vehicle new headlights that received changed lens layout and bottom edge. The hood also has been modified a little bit, and it now has a sharp drop off on the nose.

The side profile of the Pathfinder remains almost identical. In fact, the only new thing that we could identify as the new element is the side view mirrors that became sleeker. At the rear, the list of the new stuff is also very short. Although the Nissan spoke about the new rear segment, we found that many elements are the same. What’s changed is the taillight lens layout and the sharper overall design cues. This may be a little bit disappointing for those who expect the modern automakers to provide refreshments to the exterior that can really impress. We are among those people as well. 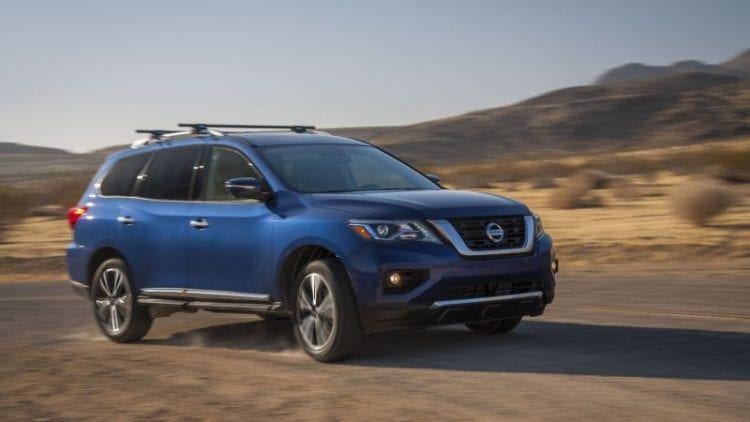 The design of the cabin was a little bit strange. It does not mean that Nissan put some weird stuff there, but it seems that the company did not care much about the interior. Before we go into the details, it should be said that the simplicity and functionality of the interior design are great, and we like it a lot. The elements are smooth, the seats have highly detailed stitching, and everything is consistent. However, some decisions by the designers that worked on the new Pathfinder are surprising; for example, the company claimed that the model comes equipped with the new center console. The pictures of the cabin showed that the only new element that was actually new was the standalone cup holders. Can this be considered as a redesign? We do not think so because everything else, including gear shifter, buttons, and center stack are pretty much the same. 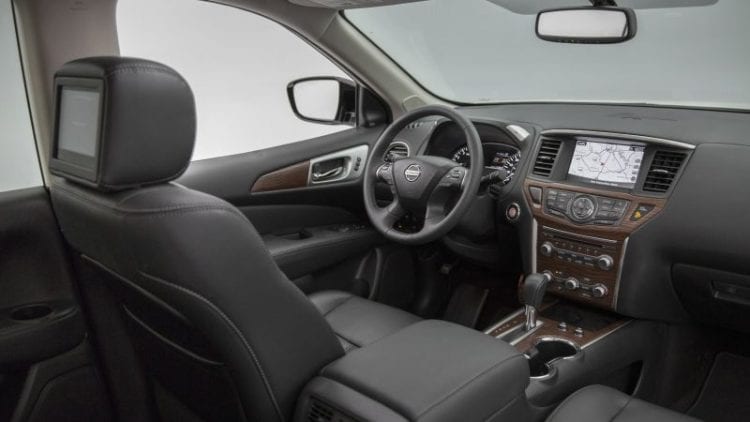 Next, the automaker has proudly 4reported about the addition of new metallic and wood finishes that are supposed to enhance the design. These elements are indeed provided, but their look does not do the job. If the cabin of the previous generation model looked really classy, this cannot be said about the new one because everything seems a little bit duller and lacks some finishing touch.

Although we were not satisfied with these decisions, there are some great changes in the cabin as well. For example, the vehicle is equipped with the new infotainment system with an eight-inch touchscreen display, which is a one-inch larger than what we had in the previous generation. The NissanConnect navigation system is also available to the customers along with the Family Entertainment package that has a lot of awesome features, such as USB ports, monitors for rear-seat passengers, and DVD player. 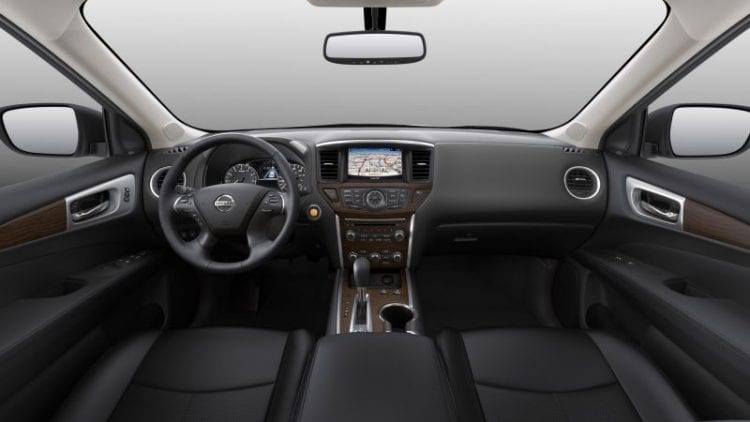 Now we get to the biggest news about the new Pathfinder. Although the model uses the engine found the previous generations, it is actually enhanced and upgraded quite nicely: there are direct fuel injection, new electronic control module, new air intake system, and variable displacement oil pump. These elements contribute to a decent performance of 284 horsepower and 259 lb-ft of torque, which represents a 24 horsepower increase over the previous generation. The data on the top speed and acceleration are not available at the moment. The engine is coupled with the Nissan’s own CVT transmission that is supposed to provide decent acceleration and response. 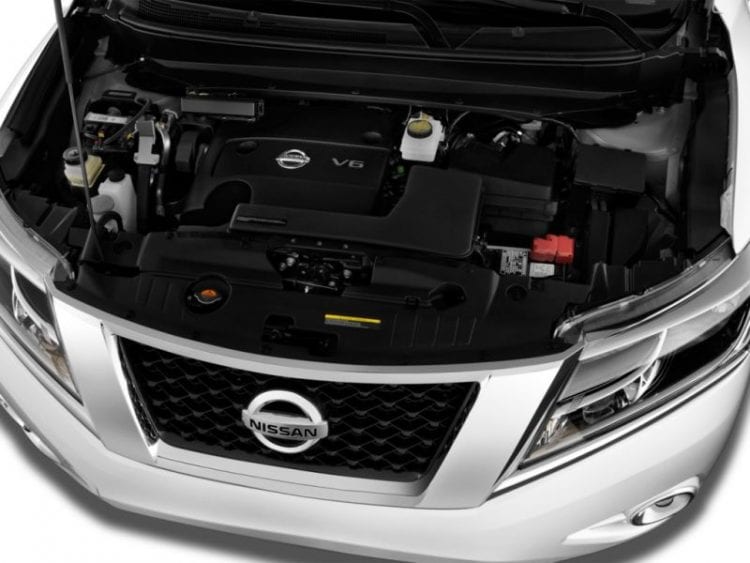 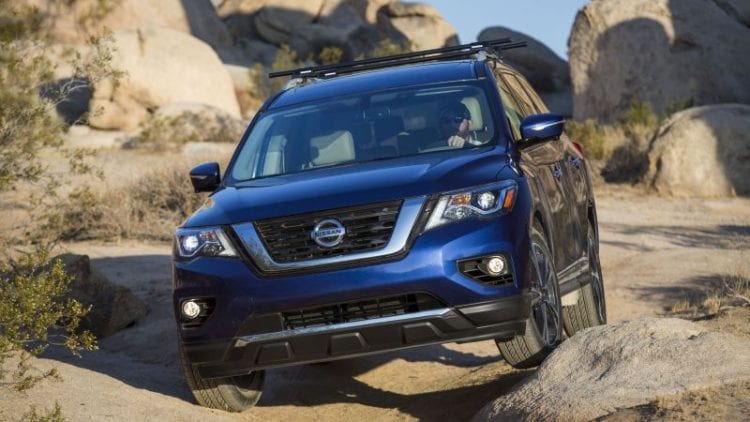 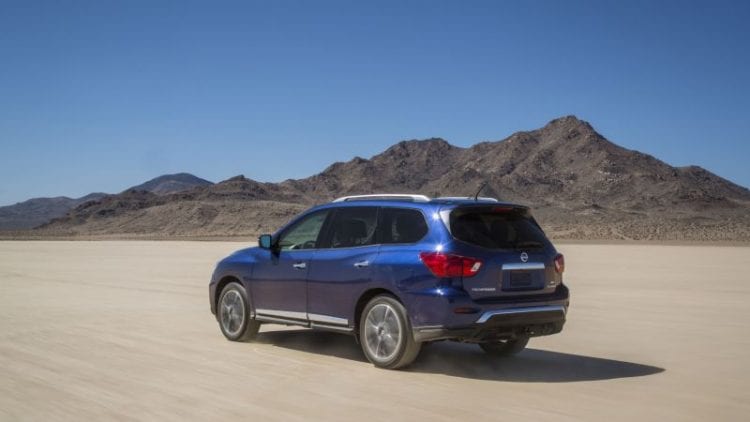 Overall, the car received a decent update. Even though we were not completely satisfied with the cabin design, its simplicity and functionality are what many people are looking for. Besides, the vehicle received a new powerful engine and additional safety features, which makes it a good deal when we take a look at the price. The high-tech stuff is also impressive: Family Entertainment Package and NissanConnect are supposed to make the driving experience great. It would be a good thing if Nissan continues to improve Pathfinder this way, it would be very competitive in its segment, which also includes Ford Explorer and Honda Pilot. To conclude, this vehicle is a great option because it has everything that’s needed by most buyers. 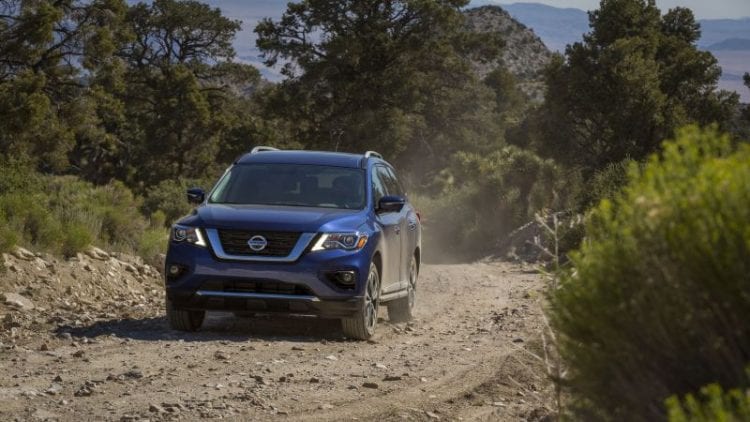