We may forgive you if you are not familiar with Nissan’s NV line, as the strictly commercial side of the automotive world is not so alluring as its other parts. The Japanese brand has had quite an offer of commercial vehicles starting with cute and boxy NV100 Clipper which is kei truck sold only in Japan. How “kei” and “truck” could go together into the same sentence we don’t know, but Japanese do, Clipper is not isolated case as there is the whole world of tiny trucks out there.

Then, there is NV200 which may drove you around New York as it is city’s official taxi, NV300 which is rebadged Renault Traffic, bigger NV400 that is essentially Renault Master with a different logo. On top of that, we have the Nissan Caravan mostly seen in Asia where there is quite a market for microbuses, and it is exactly what that term says- shrunk bus. Well, there is one more thing in this lineup, and that is the NV model, no other attachments.

NV is full-size van introduce in 2011 using a platform from Titan truck, and it is offered in three configurations. 1500 model utilizes 4.0-litre V6 engine delivering 261 hp and 281 lb-ft of torque, 2500 HD which could go with the same engine but offers bigger payload, hence the HD or heavy duty. 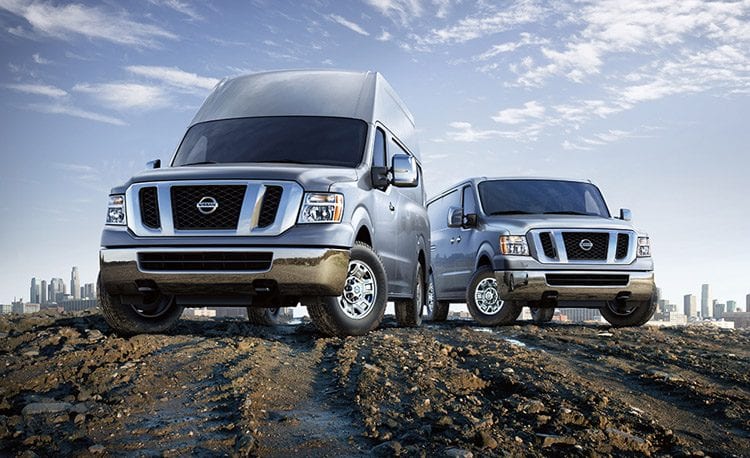 Finally, we have the NV3500 HD model with the biggest payload and largest V8 5.6-litre engine boosting respectable 317 hp and 385 lb-ft of torque.

WHY ARE YOU BOTHERING ME?

Yes, we know that you are here because of the cars, maybe pickup trucks also, and we understand that commercial van is a step too far. Believe it or not, even that kind of transportation could be mind blowing, or object of desire and Nissan is about to prove that with 2017 Nissan NV Cargo X concept.

Yes, really. Feel free to take a look at the pictures. Remember uncompromised front fascia of Ram Runner, well you have quite a similar situation on with this Nissan. NV already comes with V8 in normal circumstances, but not with this kind as in the concept. Inside lays 5.0-liter Cummins turbodiesel V8 taken from Titan XD, being rated at 310 horsepower which could make you questioning what’s the point as previous V8 had even slightly more. The point is massive 555 pound-feet of torque which is worlds apart from 385 offered before. 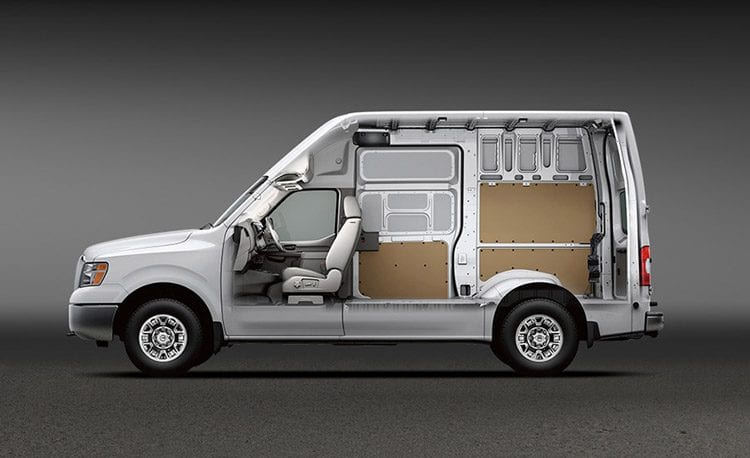 Couple that with 4WD again borrowed from Titan XD, hardcore 37-inch General Grabber 3X mud-terrain tires, and elevated suspension to skyscraper’s high 22.0 inches of ground clearance from regular 8.1 inches. Besides that it got some more tricks under its sleeve, preventing any possibility of forced end of your nature excursion, such as 10,000-pound winch up front, jack, a portable welder, full-size spare wheel and tire, skid plates and additional LED lighting along with some cool-muddy graphics all over the body.

WHEN CAN I GET ONE?

Never. There is no desire within Japanese minds to put this beast into the production. 2017 Nissan NV Cargo X concept is a presentation of what one van could be if it want’s to, and it will stay like that. But, if you want to see it with your own eyes make a trip to Chicago around the middle of February as that is where this thing would be in person.