Nissan Maxima has always been a decent car, but it was never able to stand out from the crowd, neither with looks, neither with the ride. It had average sale results in the US, but it never dared itself to sail to Europe. Nissan has decided to stir things up and in 2015 new Maxima was introduced.

Finally, something has significantly changed about Maxima’s design. It is like it was touched by Murano styling madness, and now it definitely has something to brag about. 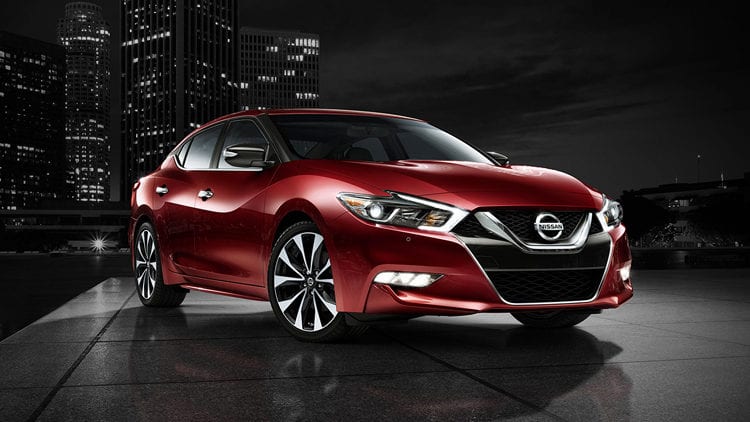 Big V-motion grille, evolved boomerang-shaped headlights and unique floating roof are just some of the things that will make this sedan from Nissan’s lineup an object of desire. It looks incredibly sporty and dynamic, which was unfamiliar with all previous brand’s models in class.

Maxima is a full-size sedan, although based on the mid-size frame. Basically, it is robbed Altima but with enough difference to make it distinctive and to justify the higher price tag. It did come with a cost as interior space is below segment and trunk space is 14.3 cubic feet which would constitute as average. At the back, floating roof is not the ideal position for the head of the middle occupant, while side ones are in much nicer place. 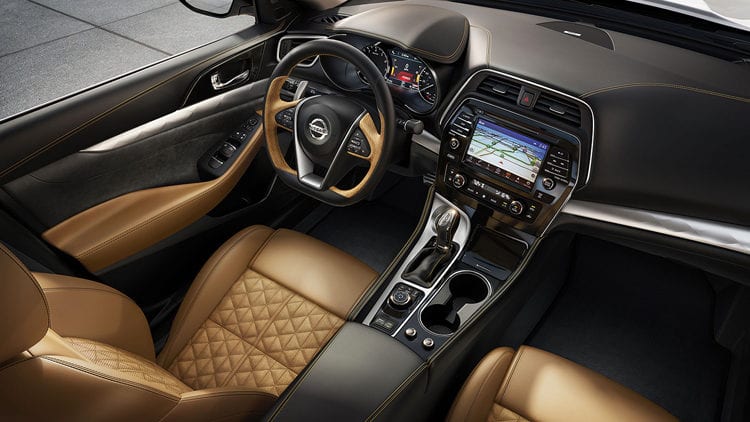 “Zero Gravity” seats are comfy as they are using high-density-foam construction but with more bolstering than ones in Altima, which you will highly appreciate while on back roads. Cabin design, materials, and overall quality are enough to persuade you to put extra $10k in 2017 Nissan Maxima, it is a just different league, as it should be.

One option nuder the hood. Petrol 3.5-liter V-6 unit is taken from the Altima and tweaked to offer more power, so 300 horsepower in total with 261 lb-ft of torque and 25 mpg of combined fuel efficiency. One option for gearbox also, the continuously variable transmission (CVT), but with higher final drive ratio than Altima’s. Mentioned engine is old Nissan’s one, featured in many models, making acceleration time decent for Maxima as it takes around 6 seconds to reach 60 mph, but with unrefined and often loud noise from the exhaust.

It intended to show itself as a sports sedan, and it quite is. Cornering abilities are in the positive area, and for better handling, you should go for SR trim with stiffest suspension setup of the range, with its own shock and stabilizer bar spec, monotube rear shocks, shift paddles, the bigger wheel and tire package. 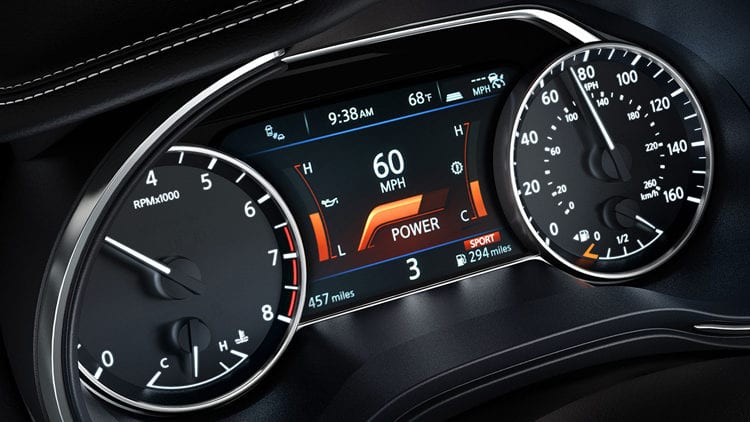 The braking system is fiddled with so that the car slows the engine down and applies brakes to take corners better. But don’t get too carried away, we are talking about FWD car while AWD isn’t even an option.

There are five different trims: S, SV, SL, SR, and Platinum. List of standard features is rich, as it includes a rearview camera, an 8.0-inch touchscreen with navigation, Bluetooth audio streaming, two USB ports, 18-inch wheels and power-adjustable driver and passenger seats. Safety wise offer is respectable featuring forward-collision warning, blind-spot monitors with rear cross-traffic alert and adaptive cruise control, with the highest trim adding moving object detection, drowsy driver alert, and a surround-view camera system. All mentioned together with a base price slightly over $30k it is indisputably competitive.

2017 Nissan Maxima is not perfect, but it is the best sedan that Nissan offered so far. Desirable styling, solid interior, powerful engine, fair pricing are making total package closer to the buyers. Just take another look at the side of the car and that floating roof will be enough for you to forget all about Maxima oversights.