Juke is Nissan’s joker in currently small but expanding subcompact crossover segment. This model is positioned between Rogue and Murano and larger SUVs such as Pathfinder and Armada. The Japanese company aim is to further leave their mark in this segment with 2017 Nissan Juke. This car will come in a couple of trims: S, SV, SL, Nismo RS and last but not least Black Pearl Edition. If you are looking for a small funky crossover with good performance, but not so much space, new Juke is your ideal choice.

Nissan is clearly planning on improving its Juke in a manner that it will be not only better than the previous installment but will also outshine the competition. Switching platforms from old Nissan-Renault B0 which can be traced back to 2002 Nissan Micra and is now expensive and can’t be produced at needed rate to a new CMF-B (Renault-Nissan Common Module Family chassis technology). 2017 Nissan Juke will be second in line to use this platform after the new Micra receives it. 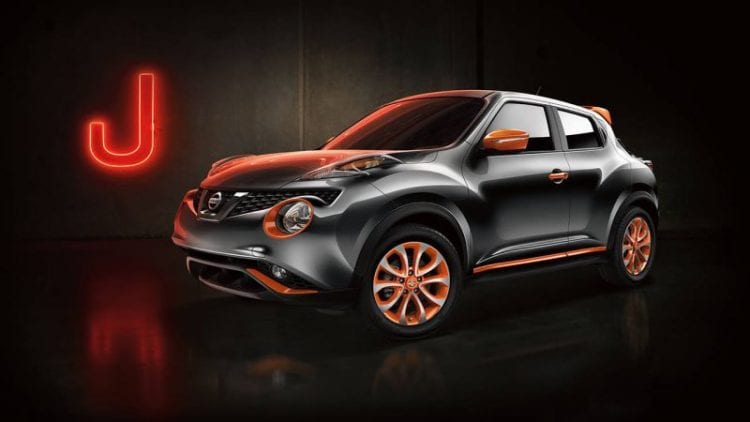 Ongoing version sells more that 100,000 copies every year, and that is the main reason why the design of new model won’t be much different than the current one. That means that recognizable Juke trait such as high mounted headlights will remain, but the changes will occur on chassis mostly. It will have a longer wheelbase which will create more legroom that was lacking on the previous model. Also, the front end will feature new ‘Nissan face’ which debuted with Qashqai.

On the other hand, the interior of 2017 Nissan Juke will undergo complete re-haul. The contemporary, not so fancy cabin, will be replaced with more quality materials and soft-touch plastics. Infotainment system will also be new, and same as chassis it will be shared with Nissan Micra. Depending on the trim there will be options of personalisation which include a range of colors and different fascia highlights. Apple CarPlay and Android Auto will come as standard features.

Under the hood of 2017 Nissan Juke

New Juke will be powered by a 1.6-liter turbocharged gasoline engine capable of 188 hp and 177 lb-ft of torque. It will be mated to a CVT transmission across all trims but NISMO and NISMO RS. NISMO models use the same engine but with different outputs and gearbox. Sports versions of Juke have 215 hp and 210 lb-ft of torque in FWD version and 211 hp and 184 lb-ft of torque when using AWD. Also, NISMO models come with a six-speed manual transmission.

Starting MSRP for 2017 Nissan Juke is $20,250. Considering improvements that are going to be made and competition, this is an exceptional price for what you get.

Same as in many other things the release date of new Juke depends on the release of new Micra. The small car is a priority for Nissan, and it is expected for it to have an early debut this year. Juke will follow shortly later with concept expected in autumn and production model by the end of this year.