If you pay attention to Formula E, then you know about NextEV NIO, if not, then hardly. Nio is Chinese and British racing team which was there from the start and actually the first championship was won by Nelson Piquet Jr. driving NIO’s vehicle. NIO began to pay attention to other things besides Formula E and last year they revealed the EP9 model. EP9 is a track-only electric supercar, delivering massive 1341 hp and taking 2.7 seconds to 60 mph. That was enough to set the world record at Nurburgring for all EV cars, and interestingly at Circut of the Americas it set record lap time for a driverless lap, means one without the driver. Now NIO has promised to deliver electric autonomous cars to the US streets in 2020 and 2017 NIO Eve concept is a glimpse of that future, or not?

Eve is an electric and self-driving vehicle. But it isn’t what you would regularly think of an autonomous car or maybe any car by classic definition. This isn’t a concept of the regular car getting the autonomous feature, more like autonomous vehicle getting some car features. That is why it has many things that will baffle you whether to consider it as a car or a new type of transportation device.

On the outside, you can even designate it as some highly futuristic concept of the actual car. Well, it got wheels and sort of hatchback shape, but rest is, let’s say unique. Doors are not instantly visible, while doors are windows and windows are doors. To your understanding, things that cover sides of the car can be transparent- as windows for example, or it can be opaque- well as doors are, all depending on your current desire for privacy. 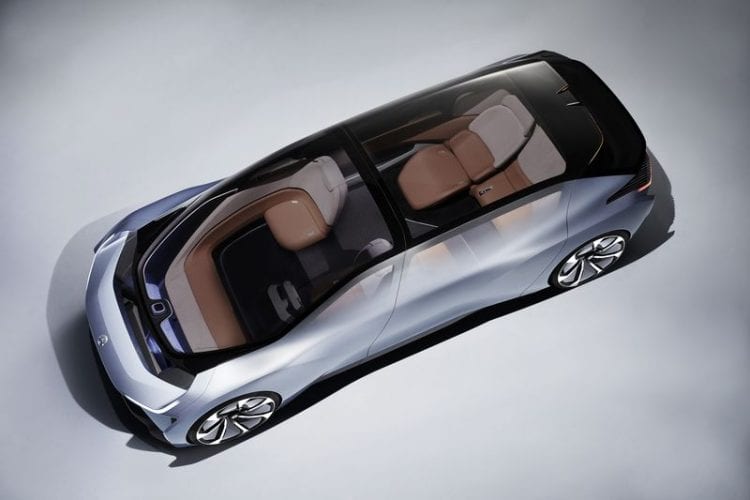 Windshield and roof appear as a single piece of glass, though it’s not, and front nose of the car is actually open!? It is actually open for others to see its status indicator showing in colors its intentions to other traffic participants, so, not so stylish recipe but with one with purpose. The rear end is most “traditional” with something that looks like taillights, and we even have something as diffuser at the bottom.

If exterior had any resemblance to cars, the interior does not. It is real living room, with sofas, reclining seats, pillows, fold-out tables, decorative carpet, and it can house six people. No driver is needed as this thing is fully autonomous, so there is nothing at the front which will associate it with the car. 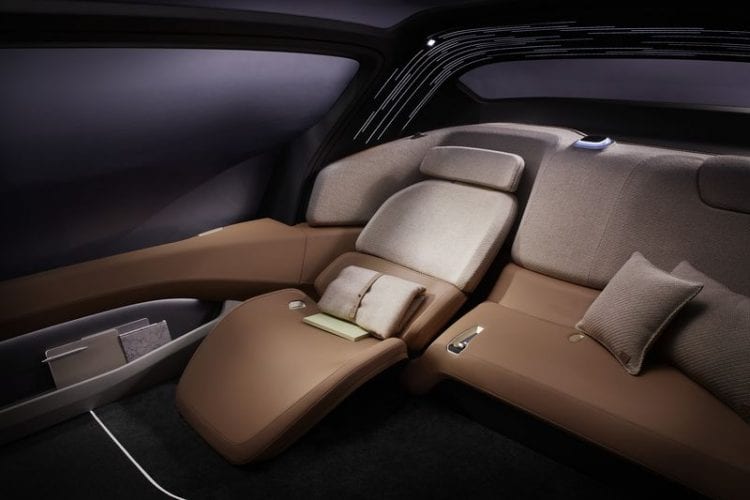 Though it has two seats at front and windshield, glass is used as massive screen projecting maps, data, movies or any other stuff. The same function goes for glass roof and even side doors. The car master is not you in Eve’s case, more AI system called NOMI which controls all behavior of the car, but NIO promises that the artificially intelligent thing is friendly, as it even tries to learn your interest and accordingly project intended stuff on some of many screens inside the car.

NIO thinks the year 2020 is the year when autonomous vehicles are going to take charge, but we know that that is far, far away from any reality. Not even 2025, by other predictions or 2030, more like way above that. 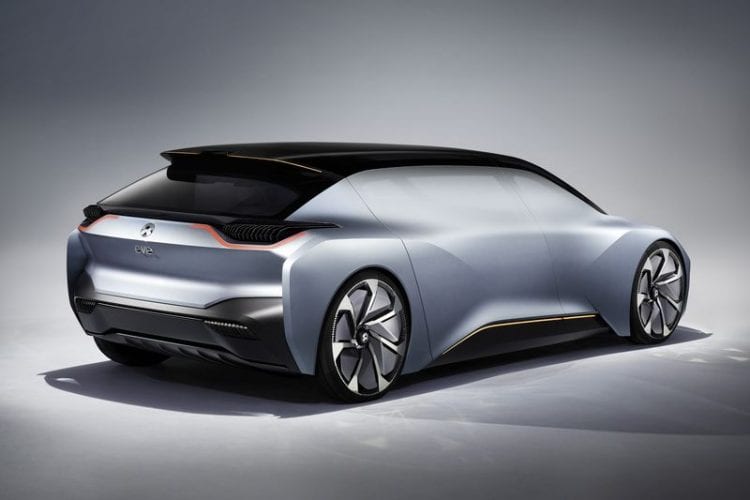 Nissan Leaf came to life seven years ago and today EV cars haven’t passed one percent of market share in the global market, so we now what to expect in another seven years or fifteen, so… That is why there are no any specs about 2017 NIO Eve as it is a just utter display of our imagination at this moment.