The Outlander is a seven seats medium-size crossover that is shockingly affordable for its size. The new 2017 Mitsubishi Outlander can be had for under $24,000 which is more than $6,000 cheaper than the closest rival. Sure, the massive price difference is noticeable inside the cabin, but the Outlander is not a bad car. On top of that, the 2017 model received a large exterior facelift, a completely new engine option and even tweaks inside the cabin. The end result is a capable on-road cruiser which will easily replace a minivan without looking to tame and dull. There are drawbacks to it, though. One of the largest is the rather unintuitive driving behavior which is a bit too disconnected. However, if sporty is not what you’re looking for in a crossover, then the Outlander might actually be a good choice, one of the best on the market. 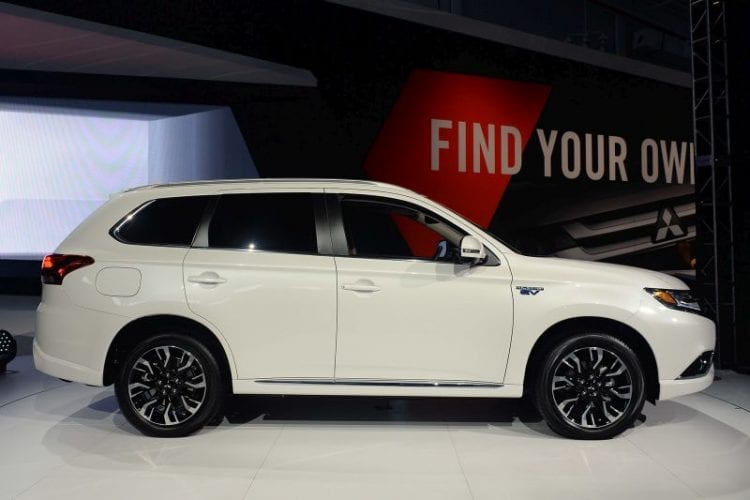 For starters, the new PHEV model has also been released in the US at the New York Auto Show, and it should go on sale quite soon. On top of that, the car received a thorough update on the outside which adds a lot more chrome than necessary. Despite that, it still looks very good, and that is quite clear from the growing sales. 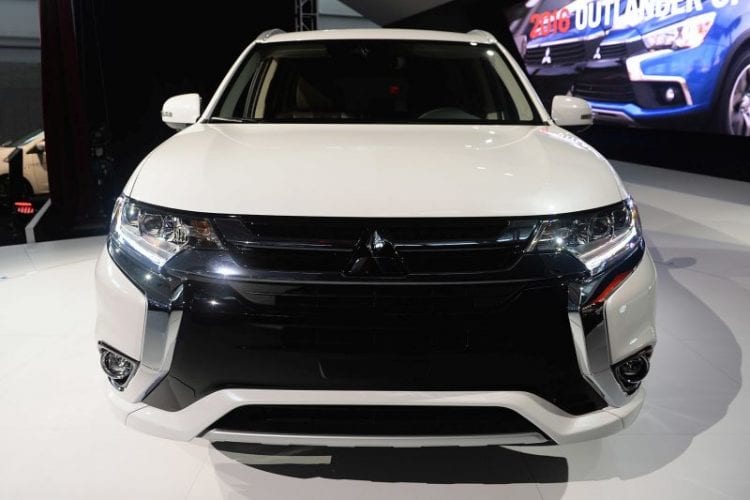 The cabin of 2017 Mitsubishi Outlander

Despite the low price and chrome-infested exterior, the interior of the 2017 Mitsubishi Outlander is a really nice place to be. The seating position is high like you would expect in a crossover, and there is plenty of space for all seven passengers. On top of that, the dashboard is minimalistic and offers a good amount of information. The vents are nicely laid out; the infotainment screen is angled slightly towards the driver and the fake wood, while not the best feeling thing in the world, looks quite nice in a car like this. The only drawback here is the glossy plastic which scratches with ease and doesn’t look good with fingerprints on it. 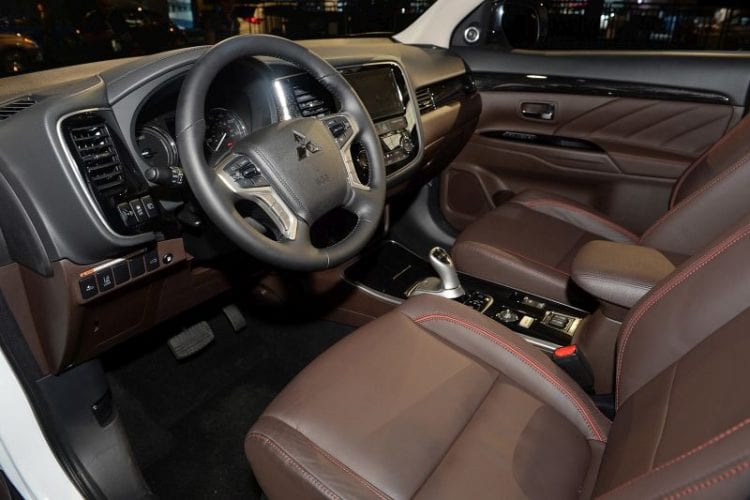 The car looks on par with some of the better offerings in its class. However, as we mentioned above, Mitsubishi decided to install a lot of chrome pieces on the exterior. This does make it look a bit cheaper than it really is and overwhelms people. However, if you can get past the chrome, you will conclude that the Outlander is not a bad looking car. 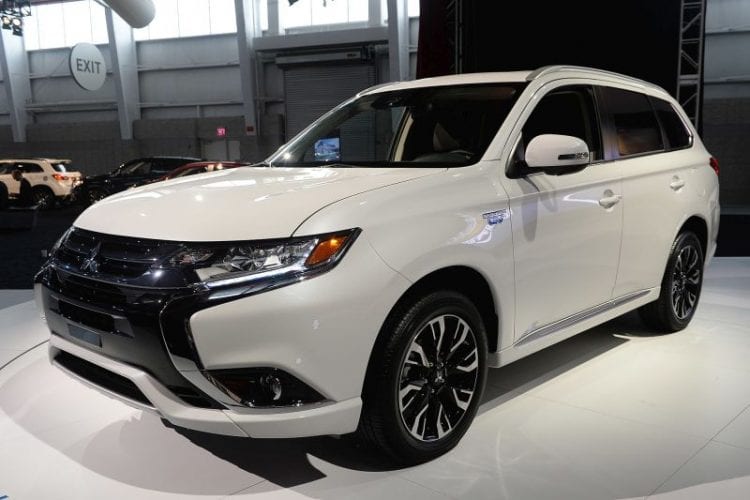 Under the hood of new Outlander

The 2017 Mitsubishi Outlander is available in the US market with two different engines. The base one is a 2.4-liter naturally aspirated inline four good for 166 horsepower and 162 lb-ft of torque. Further up the range, there is a larger 3.0-liter V6 which is good for 224 horsepower and 214 lb-ft of torque. Both of these can be had with all-wheel drive, and only the base engines come with front wheel drive as standard. While a six-speed automatic is available as standard for the V6, the inline four can only be had with a CVT which is smoother than expected. The only problem here is the lack of power, so the V6 is the one to go for, especially since the fuel consumption is quite close.

The highly anticipated PHEV was set to be released with the 2017 model year car. However, Mitsubishi stated a few weeks ago that they will delay it until the summer of 2017. Why? Well, it seems that they want to offer a car above the expectations of the US customers, and the current model wouldn’t cut it. This means that they may decide to upgrade the hybrid powertrain by quite a bit. Expect it to have a larger battery pack, slightly more powerful electric motors and probably a more efficient naturally aspirated petrol engine. These should allow it to compete with the newer offerings out there, and it may even become a best seller in its class, especially considering the rumored price.