If you just want a cheap way to get around but bikes and motorcycles aren’t adequate, and you need a car, you mostly turn to the Aygo or the iQ. But they aren’t exactly cheap since you’re paying for Toyota quality and reliability. What is really inexpensive is the Mitsubishi Mirage. The 2017 Mitsubishi Mirage still holds the title as one of the least expensive cars in the U.S. and Mitsubishi says it’s also the most fuel-efficient car in America (that’s not a hybrid).

Well to put the car to the test we’re going to dedicate a few paragraphs voicing own opinions on it as well as cold facts. Starting unsurprisingly with the styling, we find a small dinky little car that’s not exactly cute but it could pass for a charming one. 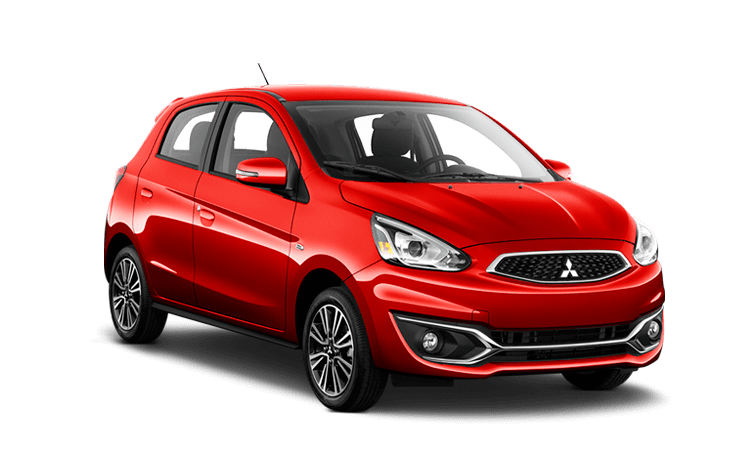 We do enjoy small cars, but the 2017 Mitsubishi Mirage doesn’t have that much to offer regarding styling. Not that we’re faulting it, but it’s just how it is. There are no unique features that strike the eye, and although we like the front fascia, it’s not enough to get the car out of the rather dull appearance.

Under the hood lies a small 1.2-liter three-cylinder engine developing only 78 hp. That’s four hp more from last year’s 74 hp engine. Yes, it is the reason this car is one of the most economical vehicles on sale, but performance is poor at best.

There’s enough poke to get it going at speeds under 40 miles per hour, but anything above is like waiting for the microwave to finish heating up your meal. Highway merging and overtaking take a dozen seconds if not minutes of planning and executing, and can be dicey in certain situations. 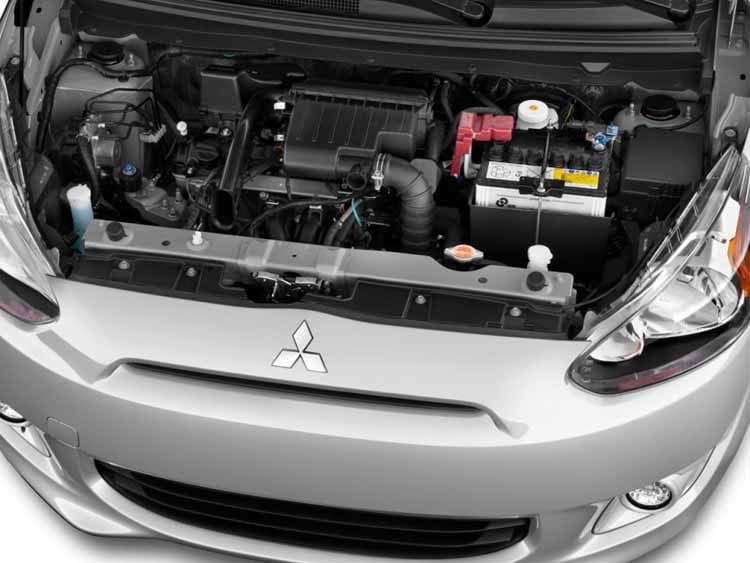 The sluggish CVT doesn’t help at all in this matter. In fact, it only makes things worse. It does just fine around town in stop/start situations, but the five-speed manual is a much better option for those wishing to row through the gears. One drawback is that it does spoil the car’s purpose since it reduces fuel economy figures but hey, at least it’s not a dull CVT.

According to Japanese car maker, the handling of the Mirage has been significantly improved too. The spring rates have been adjusted, and the damping has been optimized. The suspension at the front has been stiffened to offer more feedback while the brakes have received a major upgrade in the form of bigger front discs and rear drums.

It does sound like Mitsubishi has solved most of the problems that plagued the old car but we’ve yet to find out. If body roll and the dead center spot in the steering wheel have been eliminated, we’ll claim it as a victory. We can live with the rest.

Mitsubishi also claims that the seat upholsteries have been upgraded for the 2017 model and a new steering wheel has been introduced. The dash isn’t what you’d call stylish, best word to describe it might be dull. Not only is it uninspiring to look at but it’s mostly made out of hard plastics which make for rough surfaces and is far from the premium look. Hey, it’s one of the cheapest cars on sale what did you expect? Opt for the higher SE or GT models to get at least a higher-contrast combination meters. If it feels rather cheap don’t forget, it’s because it is. 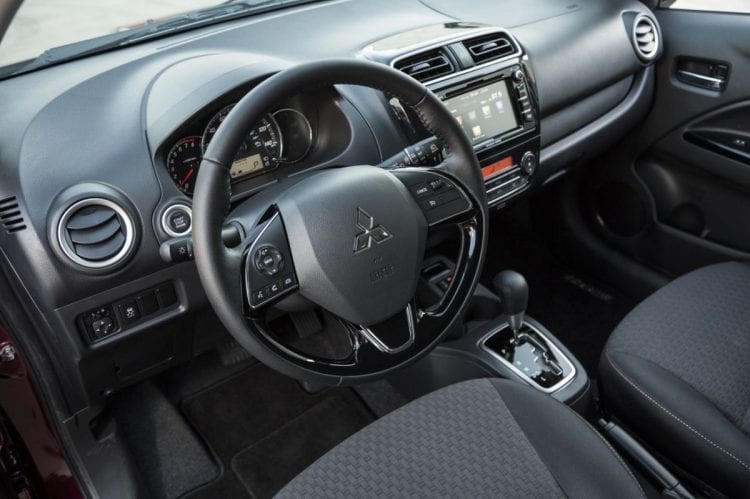 The Mirage’s appeal is in its size as much as it is in its affordability. It may be small but it’s small in the U.S. The car is larger than a Fiat 500 or a Smart ForTwo although it may not look like that. That does bring one advantage with it, however, and it comes in the form of second-row seats. It may not be much, but two adults can fit in there. 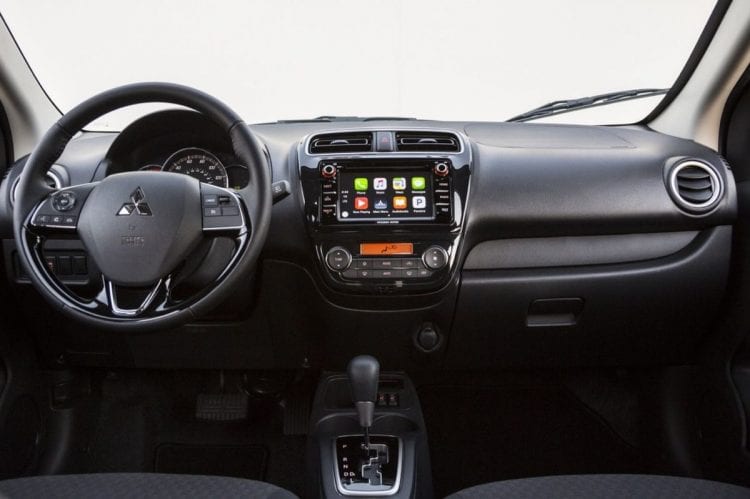 You might want it to be a short journey, otherwise, they will not have a great time. If you sit kids in there, they’ll be perfectly fine because it’s got ample of head and legroom. The Mirage’s cost savings show inside the cabin where it’s noisier than all of its competitors. Tire noise isn’t all that high since the wind noise is absurdly high and is easily biggest problem in this vehicle.

Safety is always going to be an issue for a small car, and the Mirage is no different. It only managed results of “poor” in the small overlap frontal test from the IIHS. It does have seven airbags including a knee airbag for the driver, but it doesn’t matter that much when the overall safety of the car is at an all-time low. 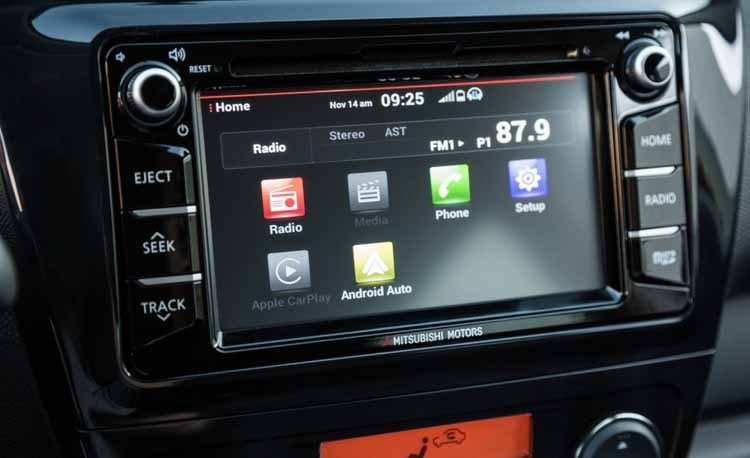 Now don’t get us wrong, it’s not as bad as it may sound but compared to the current cars on offer it is. The main issue is with the small overlap frontal test with which many much larger and more capable cars have problems. Still, there are a lot of safety systems preventing a crash and tricky situations; these include traction control, stability control, ABS, etc.

The Mirage is offered in a choice of three trims. Namely, the ES, SE, and GT. The base ES gets air conditioning, steel wheels, four speakers, Bluetooth compatibility and power accessories on everything. Step it up to the SE and you have a new infotainment screen which has smartphone compatibility both for Android and iOS, alloy wheels, automatic air conditioning, cruise control, a rearview camera and a push start button. The flagship GT model brings heated front seats, bigger 15-inch wheels (from the 14-inch ones on the two lower models), bi-xenon HID headlights and some minor trim upgrades here and there. 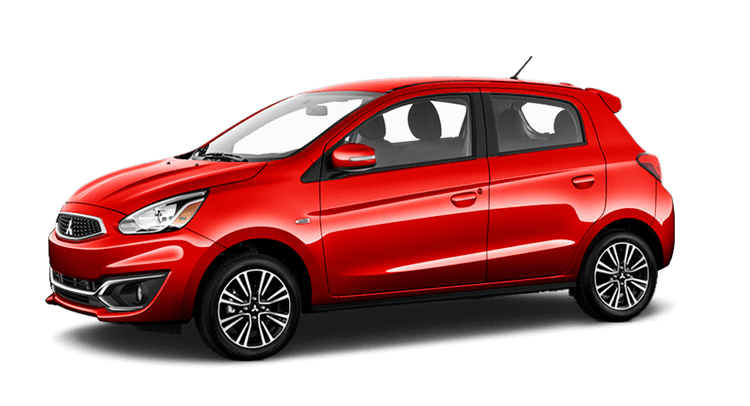 If you just want a cheap new car the 2017 Mitsubishi Mirage just might be the vehicle for you. No, it isn’t the best at anything and real world fuel consumption is actually worse than claimed but it’s still economical provided you don’t rev the nuts off of it or force it to do stuff it can’t.

Take it easy and drive it around town where it was designed for, and it’s suddenly a great choice. Base prices start at $13,000, and you can’t really argue with what you’re getting at that price. Entry level model equipped with CVT will cost $14,195 while SE Manual and SE Automatic are priced at $14,795 and $15,995 respectively. Top of the line GT trim will set you back for $16,495 which still is quite attractive and competitive. 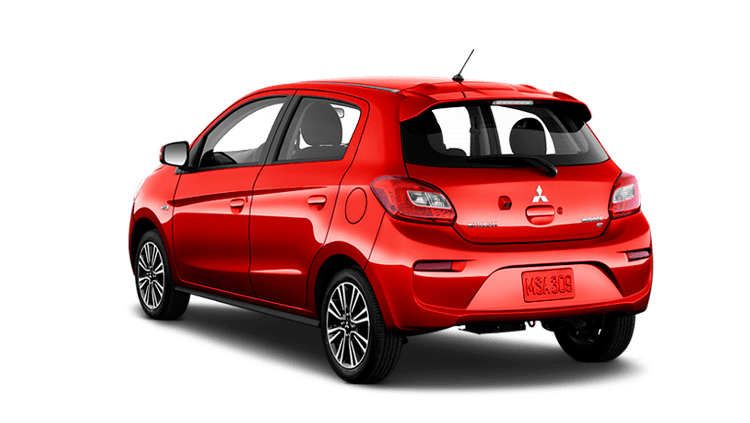