Mercedes decided to revive Maybach chapter in 2014, but with a different recipe. It isn’t anymore stand-alone brand as 57 and 62 models were quite a financial disappointment for Stuttgart, it is more of a sub-brand within Mercedes. Currently, we are all either amazed or disgusted with recently uncovered Mercedes-Maybach G650 Landaulet or first Maybach SUV, but let’s say it is more of an eccentric exercise, limited to 99 units before proper GLS SUV arrives with Maybach badges stuck on D-pillar.

But what about the model that started this new Maybach chapter and that has all the eyes of the Benz’s financial department stuck on it. After three years on the market let’s take a look at what the 2017 Mercedes-Maybach S550 has to offer, as sales have never been better. 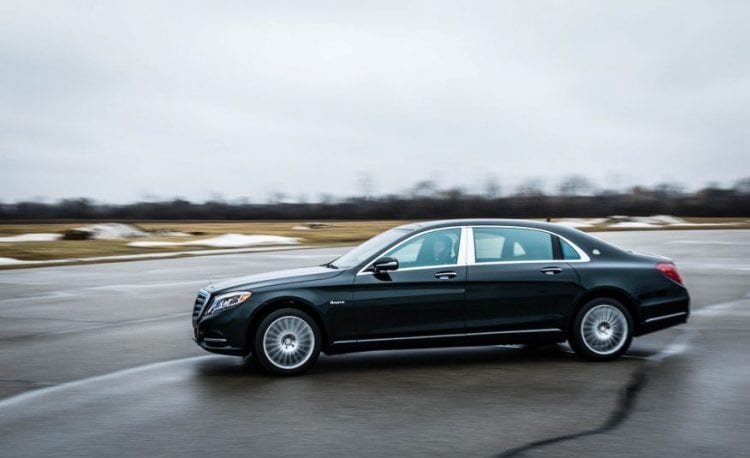 Visually it won’t offer much above S-Class. You will see it’s Maybach primarily because of extra length and side badges, but if you look closer you will see that grille feature thicker vertical slats and there is one less than usual, and all the chrome lines on the car became wider. There is one more thing, as we get special alloys and that is where the story about changes ends. On the inside, everything is about the rear bench as the front has nothing new to give compared to regular S-Class. Wheelbase is stretched additional 7.9 inches, and all of them are a gift for your legs.

Unbelievably gorgeous, lavish and diamond quilted seats can recline, deploy leg rest, heat, cool, massage and you’ll even get the pillows. Even the roof line is altered to give you more head space while you have screens for fun and air fresheners for smell, in what about is an unprecedented level of luxury in any of S-Classes so far. 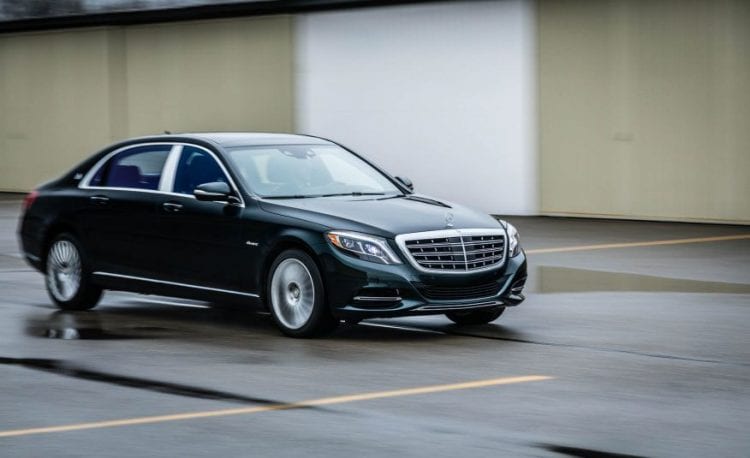 Top speed is limited to 131 mph, and remarkably it needs only 157 foot to stop completely from 70 mph. Fuel consumption is at appalling 18 mpg combined, but that is of no importance for this type of car.

So, we have elongated S-Class with fancy back seats. We got the same thing under the hood, but regular S-Class gets to 60 mph by 2 tenths quicker, and it got bigger trunk as it doesn’t have to house rear seat moving mechanism. It is obviously more nimble and fuel efficient, all while staggering $70,000 cheaper. That number just leaves you breathless, and we bet that you think that Maybach is a complete rip off now, but please do continue to read.

As much as it seems as a rip off compared to S-Class, it is actually a bargain. Take Bentley Flying Spur, for example, it is not as close as lavish and comfort oriented at the back as Merc is, and it asks for $40k more. On another hand, Mulsanne is there completely but add another $30k to the already added $40k. Things from Rolls are even worse price wise, Ghost is closer to Flying Spur with its “normal” rear bench and $130k pricier than Benz, while “king of them all” Phantom cost as two and a half Maybachs. You now see the point.

2017 Mercedes-Maybach S550 is probably the best thing that exists if you want to be chauffeured around. It is a lot pricier than regular S-Class, but luxury and lavishness at the back could make regular version blush in an instant. And as you see it is a hell of a lot cheaper than any of the British competitors in the segment.