There’s a certain point at which horsepower no longer means anything, it becomes just a number. Well AMG has surpassed it a long time ago, but that didn’t stop them from shoving in even more grunt into the new SL63 AMG. Before we get carried away in the details and specifics of this beast of a car, let’s talk about SL class.

Now the SL is not a track-based sports car. Let’s just get that out of the way first. First and foremost it’s sort of a big luxury cruiser, and just one look at it should be enough to indicate that. Apart from the fact that the roof is removable, you can immediately see the nature of the car isn’t that of a track-oriented beast. Yes, you can take this one on a track, but really who takes their convertible SL to a track? It’s a car to see and be seen in, and it does that flawlessly.

Don’t get us wrong, this is still a serious canyon carver when it needs to be, but a track-only weapon? Not really. SL’s of old have always kept that tradition of big power, open-top experience and all the luxury you could ever dream of. Well, the 2017 one has received a substantial upgrade. There are multiple styling upgrades and new engine and transmission options within the SL lineup, one of which is a nine-speed auto. 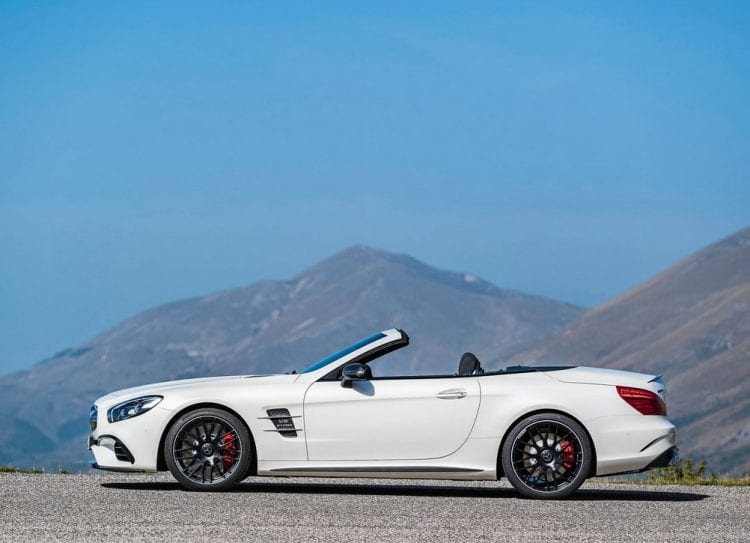 But who cares about the standard SL now. We’re here to talk about the top of the line model, the 2017 Mercedes-Benz SL63 AMG. We’re starting with the juicy details first. The engine is Mercedes’ new 5.5 liter Bi-turbo V-8 developing 577 hp and a jaw-dropping 664 lb-ft of torque. That’s more torque than almost any petrol powered truck on sale today and even some big diesel ones too. All of that torque is courtesy of the hot-V design which mounts the turbochargers inward, inside the banks of the engine for keeping the weight inboard as well as developing more power.

This model is still called the SL63 because of heritage, but it’s a 5.5 liter powering it. Do we care that it’s not called the SL55? Absolutely not. The last thing on your mind on your 4-second sprint from 0 to 60 miles per hour is the car’s name. Perhaps it would be better if it was called the USS Enterprise because it certainly seems to be entering another universe. The noise created by the engine is astonishing, and the turbo and intake sounds seem to distort and warp time and space every time you go near the throttle. It’s really intoxicating and you just want to keep going and going, it’s calling you to rev this engine and push it hard. 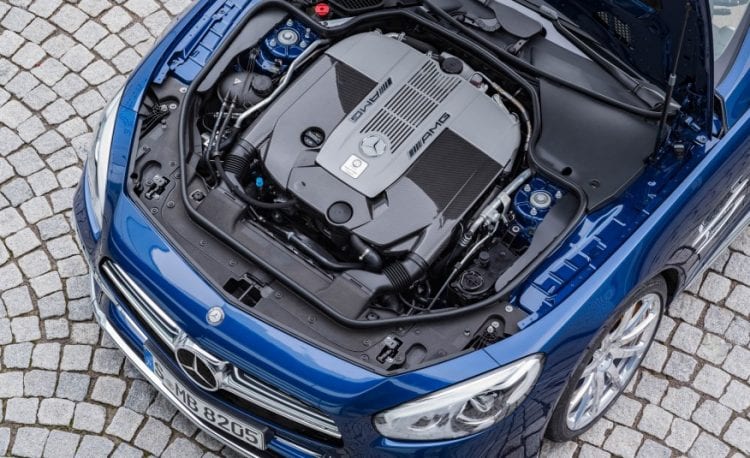 You can’t however. Well not unless you want a hefty ticket or some jail time. That glorious V8 is mated to a seven-speed semi-automatic transmission. What this means is that the transmission acts as a manual but doesn’t have a gear-stick with gears like on a manual. Instead, you can put the car in manual mode and you can switch gears with the paddles located on the wheel. Pull the right paddle for gear up, and the left one for a downshift. It really is that simple, standard for most supercars like this one.

There is a docile mode, but for spirited driving, you ideally want to be in Sport, Sport Plus or Race mode. Activate any of these settings and Mercedes’ Active Body Control automatically activates to improve the cornering capabilities right away. The weight of the car is always in the back of your mind, but cornering hard at any speeds you really wouldn’t know. The limited-slip differential adds to the experience, sending power to the correct wheel without creating what’s known as a one-tire-fire, or simply put a situation where one wheel uses all of the power to spin itself and the other gets none. Those wishing even more “spirited driving” (yes you drifters) should rest assured, it will do that all day, every day. Just make sure you have enough money to buy new tires. 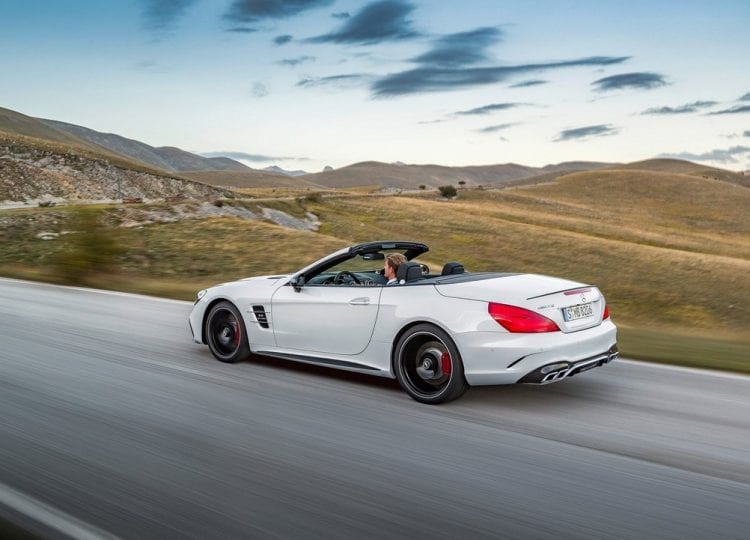 Inside it’s the S-class all over again. Well, in fact, it is the S-class wrapped in a convertible and sporty body. We shouldn’t mention this next part but we will anyway. Materials aren’t just up-market, they feel like they’re from a different planet. You have the luxury, and then you have this. Leather and more leather everywhere. Everything is so pleasant to touch that it redefines luxury as we know it. The seats, steering wheel, even the floor of it is very smooth to the touch. Not many car makers can come even close to this level of comfort and refinement.

There are a whole lot of infotainment and safety systems on board. Basically, every gadget and electronic accessory ever invented for the automobile. Not only will it automatically keep you safe with stuff like lane-departure or night cameras but it will also keep you comfortable and entertained with cooled and heated seats, LED lights behind the dash and in the trims everywhere and probably the best dash display currently fitted to any vehicle. 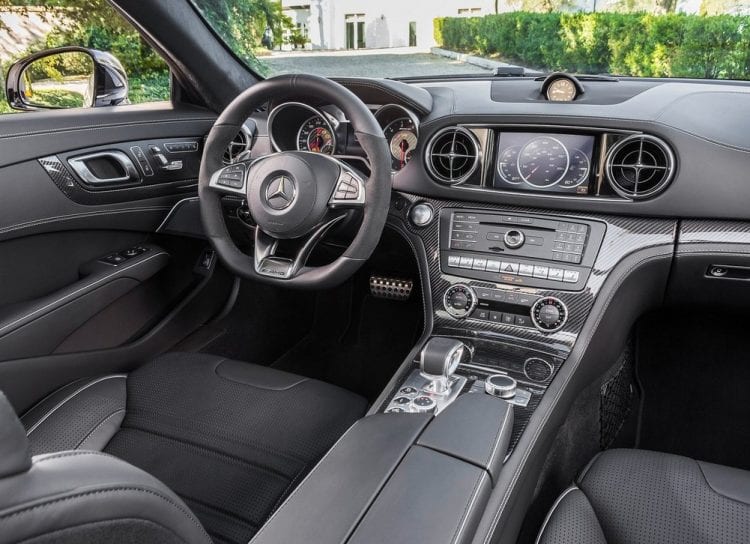 Not that you need anything else to be entertained in the SL63 besides the glorious V8 soundtrack. Really there are very few options if you want a big performance luxury roadster. There’s the Jaguar F-type R sure, and the Ferrari California perhaps, but they don’t really capture the same spirit the SL63 does.

Yes it’s powerful, and big, creates an incredible roar soundtrack every time you push the accelerator and it may be an over the top for some people, but we value that in a car. Without a doubt, this is not a car for everyone and not only because of its high price. It doesn’t fear to be a bit different, and when it comes to it, it’s still king. The F-type may offer similar noises and performance and the California may be able to come close to it in terms of luxury, but neither of them wins at being an excellent all-rounder because that title goes to the SL63. AMG, we applaud your creations once again. Continue what you’re doing and bring the world more brilliant inventions, it really needs them. 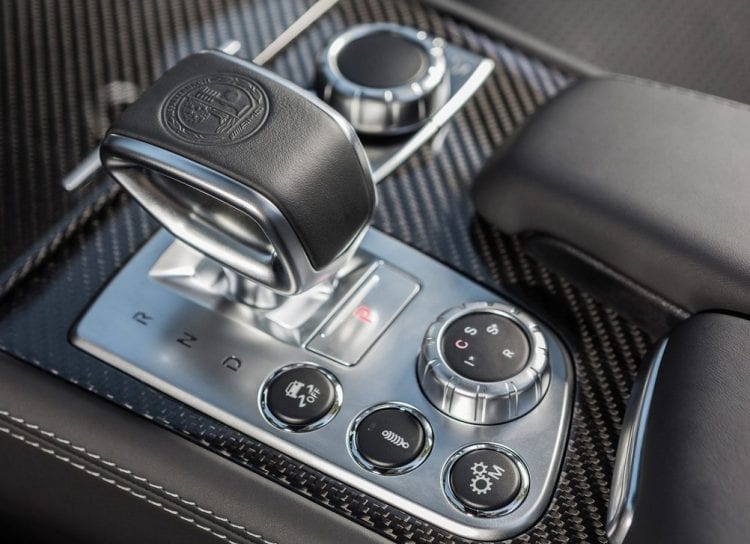