The German automaker had unveiled the anticipated concept of GLC Coupe last year at the Shanghai Auto Show and announced that the production model would be as close to it as possible. Surprisingly or not, Mercedes officials stayed true to their words, because the production version shown at this year’s New York Auto Show is very close to the what concept offered. Indeed, that made us very satisfied because we loved the concept with its combination of Mercedes traditions and modern diversity of its models.

The same thesis was stressed by the Head of the Design for Daimler AG, Gordon Wagner. He said that the model was made with a specific emphasis on maintaining the conventional Mercedes design cues while showing how diverse and modern their vehicles can be.

Moreover, Wagner emphasized that the model will not disappoint the fans of Mercedes-Benz luxury design because it has it all and will be considered as one of the prime examples of modern luxury. 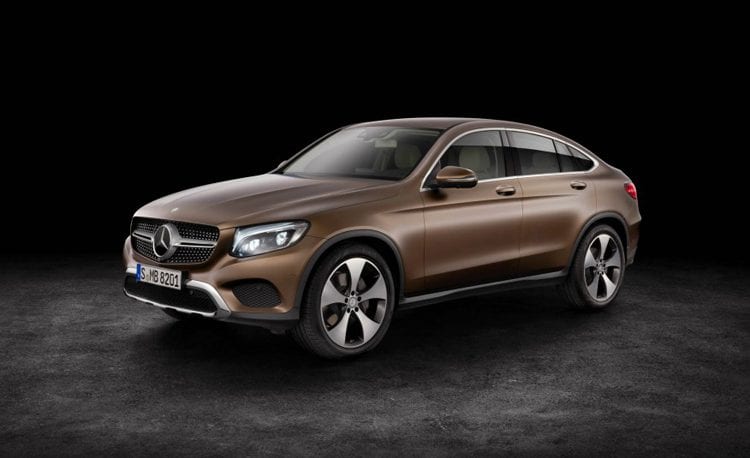 When GLC Coupe was shown in New York, the opinions of reviewers about the model were divided. Many of them said it was a waste of time for Mercedes while others claimed about practicality and beauty of the design.

Obviously, we need to make up our minds before it could be tested on the road, to determine whether it is worth our attention. Let’s start with the exterior.

The overview of this vehicle’s exterior inevitably leads us to compare it with sibling SUV model, GLC. First and foremost, we have to admit that the coupe version has a much more handsome body because of softer lines of the exterior.

However, this sleek appearance has been traded for some cargo space and rear-seat headroom, which has been slightly decreased as compared with the standard GLC. Surprisingly, the overall dimensions of the coupe suggest that it is, in fact, 3.2 inches longer and 1.6 inches lower than the SUV version.

As for the concept vehicle that we all liked, the dimensions are identical. The same could be said about many other elements, including the diamond radiator grille and corner vents, but other ones like headlights and air dam were slightly changed. 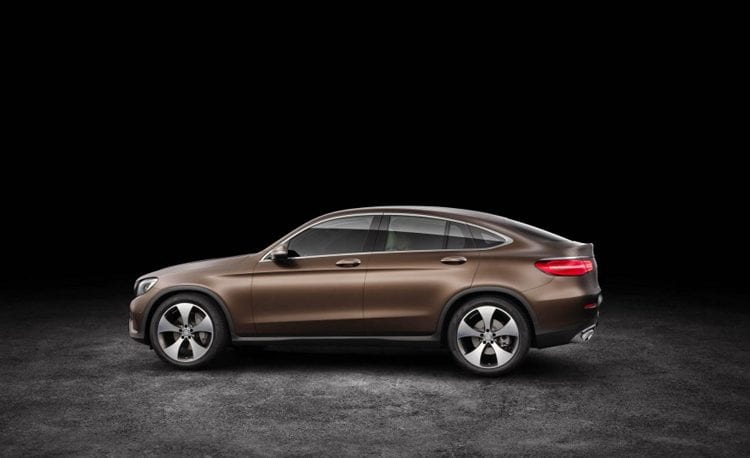 For example, even though the headlights maintained the same shape and design, they were made a little bit taller than the ones we saw on the concept. We need to say that this simply isn’t a huge change but still they made few.

The height of the vehicle (63 inches) is clearly unusual for a coupe when viewed from the side. Nonetheless, it is still a great-looking sports coupe and looks pretty aggressive, which is especially evident in the lower body lines and beltline.

However, we see that the side view mirrors are different from the concept, but they do provide the same consistency with the already known design. According to the manufacturer, the real aggressiveness of 2017 Mercedes-Benz GLC Coupe is evident when 21-inch wheels are installed; although we have not yet seen how it looks with these wheels, we can only assume that it will look amazing.

Just a couple of redesigned parts were found at the back. The most significant changes are found in the rear fascia: on the concept car, it had dual exhaust outlets, but the production model dropped them, using a flat surface. 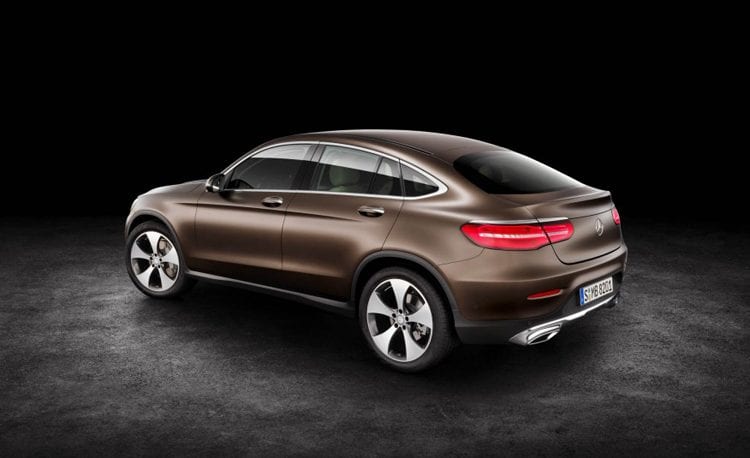 Also, the designers have changed the taillights by making them taller, so they are consistent with the headlights and included chrome inserts around the exhaust outlets and along the bottom of the fascia. Although small and insignificant, these elements greatly enhance the exterior.

The set of interior images that we saw revealed a good-looking cabin with a pretty smooth dash that features a small circular vent in each corner. According to the manufacturer, the interior of GLC Coupe will be available in two color variations and the photos showed that they were dark gray and vanilla.

In the middle of the instrument cluster, there is a screen that acts as the information center, but the main data come from a larger infotainment display, which may look like as a tablet at first. In fact, it is a semi-integrated unit, and it is connected to the top of the center stack. This design allowed placing all buttons below three primary air vents; these include audio controls and others.

The steering wheel is packed with different controls that suggest the designers’ intentions to make the ride as comfortable as possible. Also with leather as a standard material for seats, this level of comfort will be achieved very easily. The wood inserts separate the upper and lower parts of the doors, thus reaffirming the luxury of the vehicle and pushing everything to the next level. 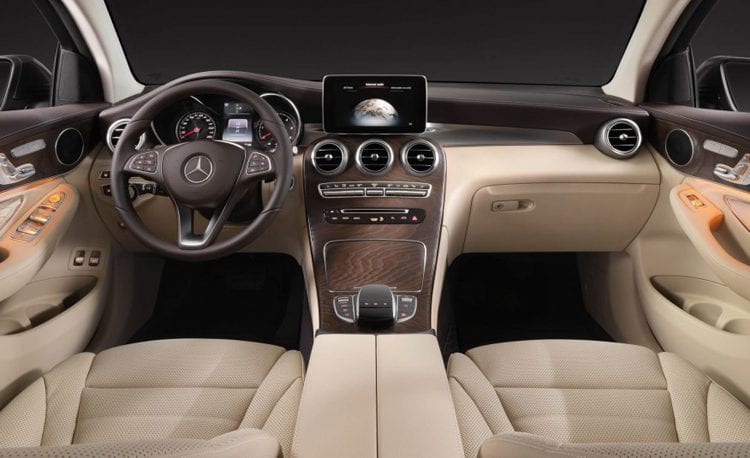 Even though we do not have the images of the rear segment, we think that it will be as functional as the front, maybe including tablet for entertainment or integrated infotainment screen. This is proven to be an ideal solution on longer journeys for kids.

The customers will also have the opportunity to purchase the GLC Coupe equipped with Sport Package, which adds some sports elements to the interior, including supportive seats, floor mats, and flat-bottom steering wheel. Potential buyers certainly should consider this option because the vehicle’s engine has certain sports capabilities.

According to one statement, Mercedes-AMG GLC43 Coupe is the right choice for dynamically-minded coupe fans. We totally agree, but if you do not want to opt for this pretty expensive option, we are happy to say that even base unit is a decent match for 2017 Mercedes-Benz GLC Coupe.

Entry level option is the 2.0-liter turbocharged gasoline unit that is rated at 241 horsepower, and if you want more, it can also be equipped with the 3.0-liter V6 BiTurbo unit that generates 362 horsepower, thus allowing it to reach 60 miles per hour in less than five seconds. 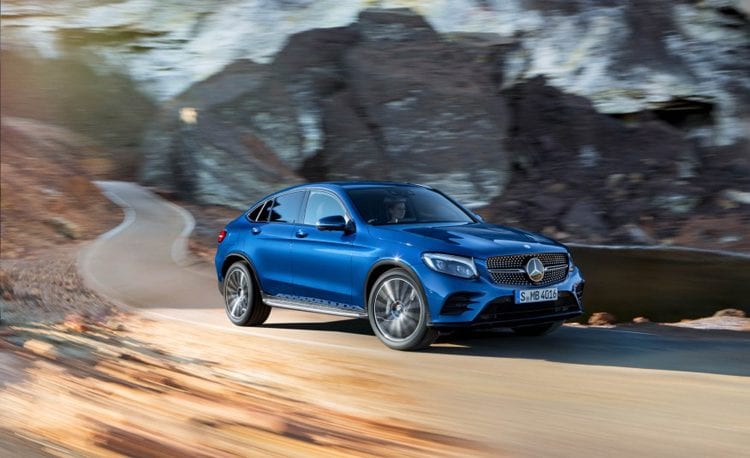 Meanwhile, the standard engine also provides some impressive performance figures and reaches 60 mph in less than seven seconds and tops at electronically limited 155 miles per hour. These engines will be connected to a 9G-TRONIC nine-speed automatic transmission, and the drivers will have the opportunity to choose among Eco, Comfort, Sport, Sport+, and Individual driving modes, which is also convenient and teaches you how to keep the best fuel economy possible. 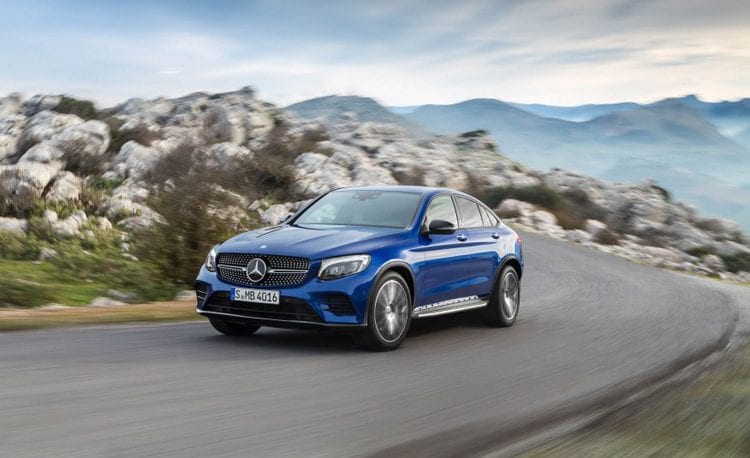 Unfortunately, at this time, we do not have the details about the pricing of GLC Coupe. It is very likely that this model will become available in early 2017, but now we can assume that the model will start at around $45,000 to stay competitive in the segment. Having in mind that this is Mercedes, it is quite possible that the prices will go significantly higher.