Recently unveiled Mercedes-Benz S-Class has surprised us with its wide variety of high-tech features and even prompted some reviewers to say that it was impossible to offer a car with more or at least similar level of tech like in this one. Surprisingly, they were wrong because Mercedes-Benz has outdone itself once again in the latest E-Class, which rightfully holds the position of one of the most technologically advanced vehicles in the world at the moment. This lineup will be initially represented by the E300 model, which was revealed this year at the Detroit Auto Show; however, it is not a mere prototype luxury sedan but rather a symbol of the entire company and its desire to be perfect in every possible area.

A New Car for a New Era

Undoubtedly, Mercedes-Benz E300 is a smart vehicle that combines many of the technological achievements of the company. For example, the technology called Attention Assistant which was firstly introduced more than seven years ago returns in E300 along with numerous other features that were improved. They include front-facing radar, rear sensors, windshield stereo camera and even automatic lane changing system, which is triggered by giving the nod by flashing the turn signal for several seconds. This driver assistance technology does everything just like the famous Tesla Autopilot but has certain differences, such as the necessity to inform the system that the driver is still controlling the situation by touching the sensitive pads or grabbing the steering wheel.

Recent reviews revealed that E300’s automatic pilot system behaves beautifully, even on highway speeds. As compared to the previous S-Class, the E-Class has smoother lane changing, steering and gentler braking, and this certainly increases the comfort and quality of driving. If we compare this car with competitors from other car makers, such as Audi A6, Jaguar XF, and Lexus GS, Mercedes system is much more efficient, smoother, and reliable. However, there is still one strong rival left, Tesla Model S, and this most likely will be the main competition in the next few years. We will just have to wait and see how it goes since these are two quite different vehicles.

The exterior design used in E-Class provides a new fresh look: a classic and balanced theme which differs from other Mercedes classes. For example, much longer wheelbase and long-hood profile differentiate the exterior styling of E-Class from the compact C-class. The grille also received a major redesign and is available to the customers in two versions: a hood-mounted star and three-pointed logo on luxury and sports models respectively.

According to Mercedes, the body of E300 is made using high-strength steel and much lighter aluminum panels around the body. This resulted in slightly lower overall weight but still tough, strong and safe platform. It is also nicely illuminated by LED lights, which gives the model even more modern and refined look. Regarding dimensions, the new version is 1.7-inch longer, and wheelbase is 2.6 inches longer so it can provide slightly more room.

Mercedes seeks to position the E-class as one of the most comfortable sedans in the segment. The company supports its effort by adopting the elevated design of the S-class and luxury materials used throughout the cabin. One of the most recognizable features of the cabin is a metallic trim stretching from door to door, which is added with circular air vents. 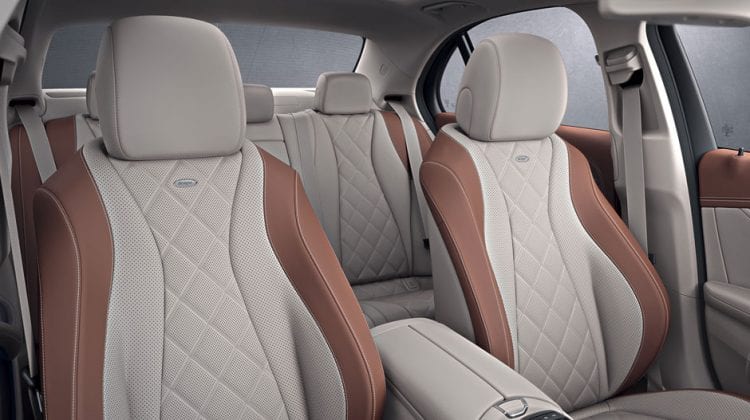 Another great feature of the interior is a couple of touch screens, one for infotainment and one for navigation, and they are more than perfect for the task. The size of the displays is 12.3-inch, which is suitable for a lot of tasks, such as climate control, music, and others. In addition to these screens, the cabin also has more touch controlled areas, such as controls on the steering wheel that are used instead of clicking switches, like in the previous generations. 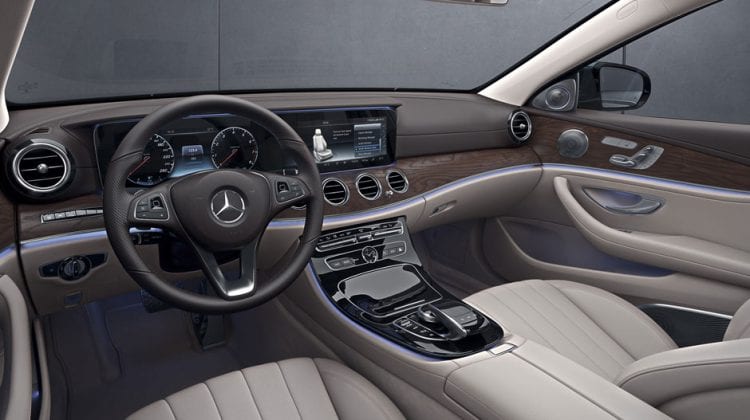 The E-Class will feature the same powertrain with several other Mercedes classes, such as SLC and CLS. The base will be the 2.0-liter turbocharged four cylinder engine which is capable of producing 241 horsepower and 273 lb-ft of torque. The E300 has only one transmission to be coupled with all versions of powertrains: nine-speed automatic, previously used in CLS and SLC models. Despite the fact that the company revealed the plans only to produce this one powertrain, for now, there are some different ones expected. Specifically, plug-in hybrid, V6, V8, AMG, and AMG Sport are anticipated by the reviewers. Not to mention well-known diesel, but these might not come to the U.S. market. 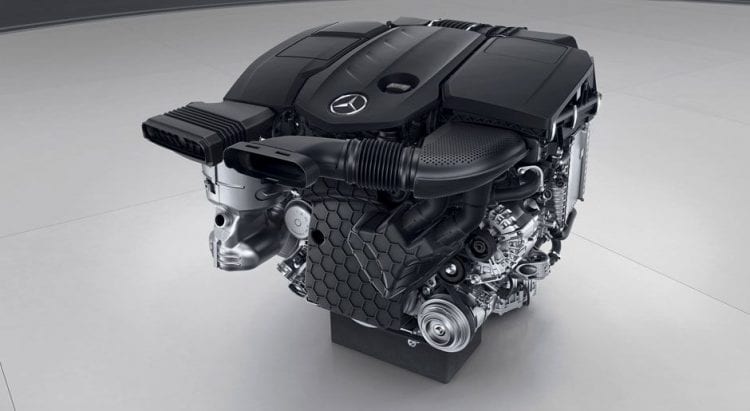 Also, Mercedes plans to utilize the brand new aluminum-block diesel engine in the E-class. Initial test drives of the diesel powertrain revealed that it was a little bit louder on acceleration than the gas unit and had more problems with control of the level of vibrations and noise. This version of the engine is supposed to produce 192 horsepower and 295 lb-ft of torque. Despite the gas model is expected to hit the markets this year, the customers will have to wait for the diesel until late 2018 (that’s when the company claimed to initiate the sale). The same deadline was given for the plug-in hybrid version.

The E300 is supposed to reach 60 miles per hour in just 6.4 seconds and 100 miles per hour in 16.3 seconds. The top speed was estimated at 130 mph. The fuel economy is pretty impressive as well: 22/31 mpg city/highway, really good result for a sedan of its size.

So far, the E-Class has been nothing but impressive, and the safety segment is not an exception. In addition to numerous sensors used for the secure autonomous driving, it will feature attention assistant system, forward-collision warning, automatic braking, rearview camera, and even a new function called a pre-safe sound. 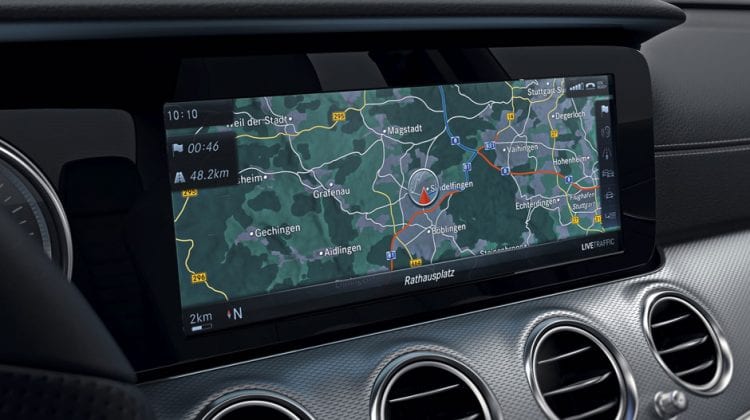 It initiates a sound when the system senses an imminent accident causing stapedius muscle contraction that will protect your eardrum. Also, the E-class will be equipped with the adaptive cruise control, lane change assist, parking assist, and numerous airbags. Among the most impressive functions, however, is the ability to park the car with a smartphone application even when you are not in the car.

The 2017 Mercedes-Benz E-Class was created as even more luxurious, safe and powerful; E300 it is perhaps the most technologically advanced vehicle in the world. The prices are still unknown, but the pricing of previous models puts the E300 in the area about $53,000. The slight increase is expected, but nothing major since German car maker wants to keep it competitive.