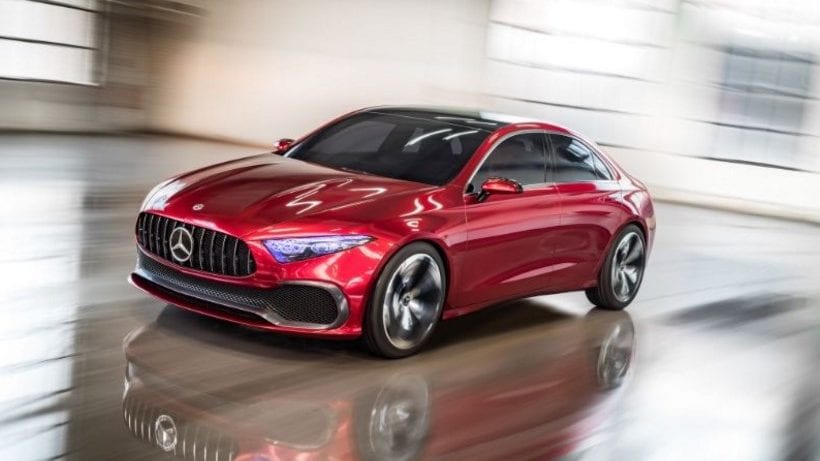 These are the times when many car makers are reviewing their product lineups and reaching some hard decisions about some not so profitable models. In that sense VW’s New Beetle is under questioning, BMW openly stated that some existing vehicles are destined to go away, and we are about to see which ones, on top of that, we know that current Mercedes SLC is the last one of its kind. Still, Munich is introducing two new SUV models- X2 and X7, and neither is Stuttgart focused only on narrowing things. Some are destined to go, others to come, and herald for one of those would be 2017 Mercedes-Benz Concept A Sedan.

It is a preview of the next generation A-Class which should come in the shape of a traditional sedan, among else. It will be a direct competitor for the sedan version of Audi A3 or BMW 1 Series which is currently only available in China. This concept also carries a bunch of styling cues that we are probably going to meet with the debut of next generation of A-Class.

The concept is styled with a mixture of elegance and aggression, but it appears less wild than the current model. Side profile lost all dynamic lines, evidently following E-Class Coupe philosophy of “less is more” but the hood remains aggressively bumped, and the tail is still vigorous, while mirrors are located on doors for the additional feeling of sophistication. 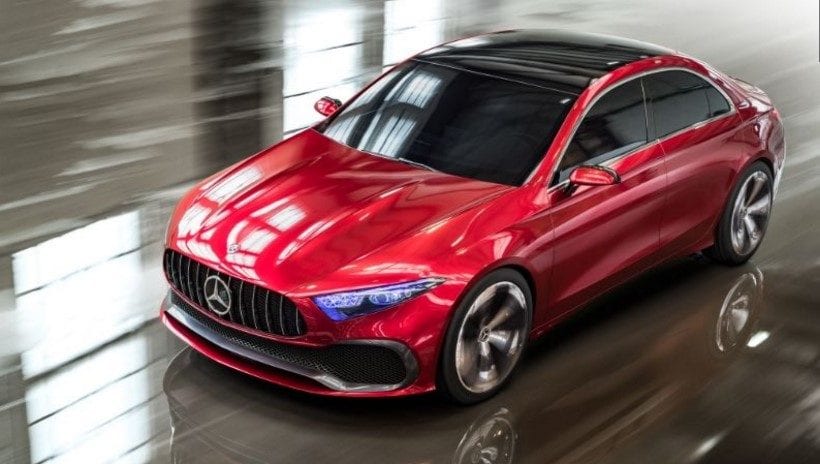 Headlights are smaller and way more angular, similar was done for rear ones also, front bumper is shaped in AMG style, and we have Panamericana grille. Mentioned grille will probably exist on full-blown AMG 45 version, but most likely won’t come on the base model and lesser AMG 43 which should find its way into future A-Class lineup. Interior is, for now, a complete mystery since Concept had fully tinted windows.

It is hard to design beautiful sedan staying within compact class size. Audi managed to do so, Mercedes? Not so much as we see. The concept is a bit shorter that current CLA which also holds the rights on the sloping roof, leaving it with not so very graceful shape. 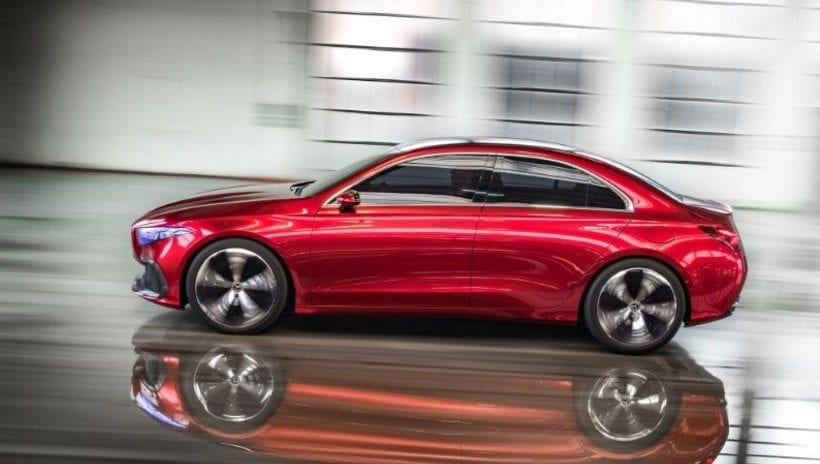 Keeping the tail, while trying to offer enough of head space at the back proved as too challenging we would guess. Anyway, at least the main problem with A and CLA-Class painted in a total lack of rear comfort is going to be addressed properly with the longer wheelbase, enlarged width and higher roof line.

2017 Mercedes-Benz Concept A Sedan tells us that A-Class lineup is about to expand. Nobody ever questioned the existence of the next generation CLA, so four-door coupe should remain as a more stylish option, and that might be Merc’s problem. If future A-Class sedan keeps concept’s overall body shape, anybody in search of visual delight will turn to CLA, while others favoring head space could settle with tail free version. Or if sedan desire prevails, they might go after more elegantly proportioned Audi A3. Time will tell…