Given that CLA class from the German manufacturer made its first debut in 2014 model year, which is light years ago in an automobile world we expect to see few changes. Therefore, in order to keep the class fresh, modern and competitive, the company has attempted to make quite a few upgrades to its entry-level luxury sedan. In particular, the 2017 CLA will be coming with the new exterior and interior design and tech elements, new standard features, and more dynamic performance. Let’s see how this one will impress the fans.

If one wants to get into a new Mercedes-Benz, the CLA class is the one to go: it is the least expensive line if compared with others. For example, the new CLA will start at $32,975 – $34,975 range, which is much more affordable than more luxurious models of the S-Class. Of course, it is a great opportunity to purchase a Mercedes, which was demonstrated by the sales in the United States. Specifically, the 2014 model was the third most popular Mercedes vehicle in the country and that was achieved by 8 percent increase in sales in the last two years.

The fans of Mercedes will quickly notice what has been changed on the new CLA. However, if you are not a die-hard fan, you will have to take a second and a third look, so let’s make it easy for you and break them down. First and foremost, the company has provided the CLA with a completely new front bumper with the strip, which can be made in three options: black, silver, and chrome. Second, the manufacturer has cleaned up the chiseled front fascia, which contributed to a sleeker design, more aerodynamic and modern. 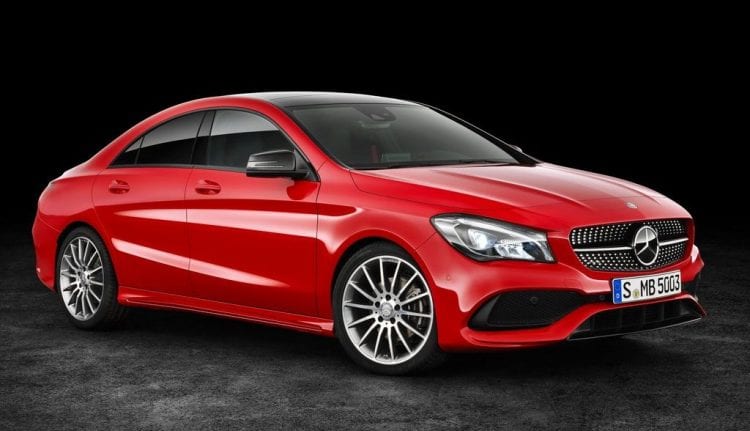 Some reviewers claimed that the design’s elements had resembled the new solutions for the E-class, which is a reasonable suggestion. Both classes became more similar in terms of integrated tailpipes and small front end elements, which were more likely to have been made in order to improve the fuel economy by reducing the drag coefficient. Despite the fact that the exterior updates were not as critical to the redesign, they were still viewed as profoundly important to update the class to make it more competitive.

The interior received a lot more updates than the exterior. Specifically, this model received a brand new 8-inch touch screen for all trim levels, which shows much sharper graphics and vivid colors. Next, it also obtained the chrome-plated controls, new glass cover, and new seat covers, all high-quality. In comparison with the previous model, 2017 CLA line will have a backup camera offered as a standard feature. Among the optional features, the customers will find Apple CarPlay, Android Auto, adaptive suspension, and many others. 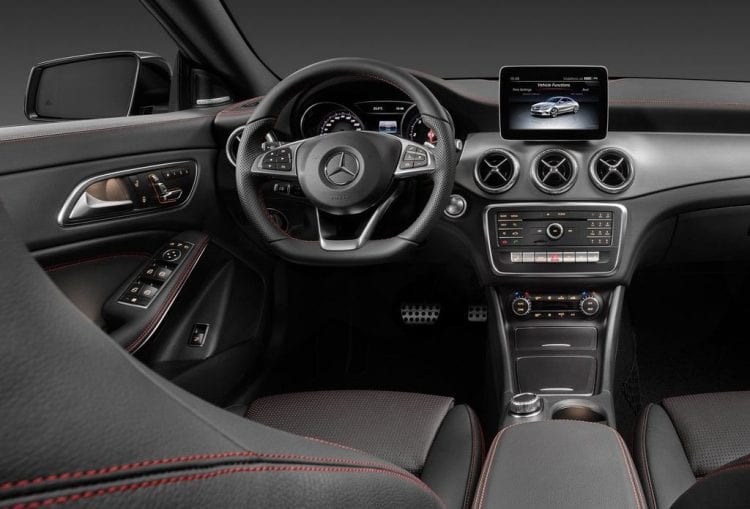 In terms of the powertrain, this model will continue to use the one delivered in the 2014 version: 2.0-liter turbocharged four cylinder gasoline engine. This one is capable of generating up to 208 horsepower and 258 lb-ft of torque which is a decent amount of power for CLA. The customers will also have the choice of the front-wheel drive and all-wheel drive.

Internally called as M270, the engine of CLA is capable of hitting 60 miles per hour in just 6.3 seconds and reach up to 133 miles per hour as the top speed. The vehicle’s fuel efficiency was estimated at 26/38 mpg city/highway. 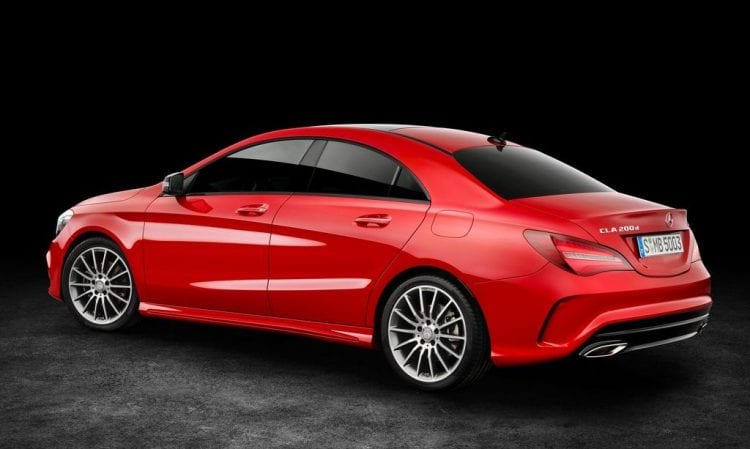 The safety and assistance systems also experienced some upgrades. For example, the designers have equipped the vehicle with the standard active brake assistant and selectable drive modes which can be changed via the Dynamic Select feature. It does not just simply changes the driving modes but also adjusts numerous other features, such as steering wheel, transmission, and powertrain.

The model features the standard Bluetooth, cruise control, and MB-Tex vinyl upholstery as well. In addition, the CLA was given some very cool and modern features, such as Keyless Go, which starts the engine and trunk opener: in order to do that, the driver will have to wave his or her foot under the rear bumper. That’s both modern and fun, no doubt about that. 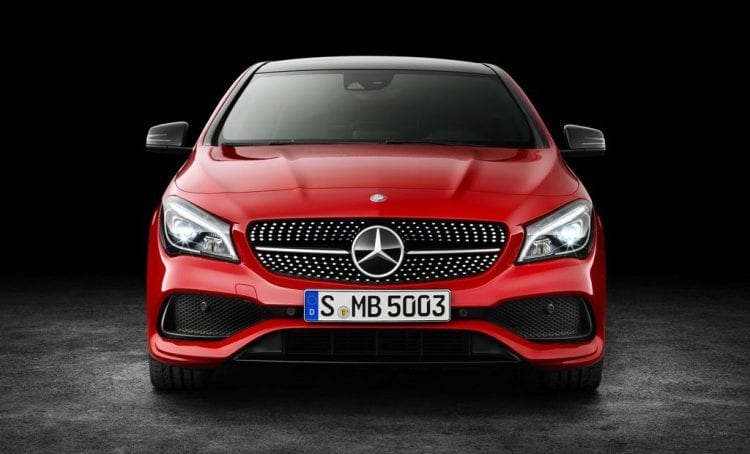 Initial drives of the model have revealed that it was quite enjoyable to drive but also showed that it had some small issues. For example, the rear space is very tight, and the doors made it difficult to get in and out for adults; the same was indicated by many reviewers for the legroom in the back of the vehicle, which is quite disappointing.

The only explanation that comes to mind in this regard is the price that the customers have to pay for the sleek silhouette. However, the reviewers admitted that the cargo space on this model was more than enough, which proves that Mercedes-Benz has been listening to claims from busy professionals.

The updated CLA will most likely hit the markets this fall. If you missed the 2016 New York Auto Show, where it was first presented, make sure to check it out.

What we thought about this vehicle? First of all, great job on remodeling the CLA class to make it even more luxurious and modern. Almost every area was updated with new features, except for the powertrain, which is not disappointing because it can provide great performance for the new generation as it did for the 2014 models. As for the entry-level luxury sedan, 207 CLA has some impressive features that will make the driving much easier and more enjoyable.

So, if you are into luxurious cars, prefer Mercedes and reasonable combination of price and quality, this one might be the one to go for. More, if you want to spend additional couples of thousands, you will get an unprecedented comfort and fun (come on, what’s more, adorable than opening the trunk by moving the foot by the rear bumper?).

So, to conclude, the latest Mercedes-Benz CLA is a great entry level luxurious sedan that deserves its decent share on the market because of its performances and features. Can’t wait to see how it increases the company’s sales, at least in Europe and the United States.