After a really long wait, the 2017 Mercedes Benz C Class Cabriolet was finally launched back at the Geneva Auto Show. Since then the car received a lot of positive feedback from the press, and it became a desirable model. For starters, this is the first time a C-Class convertible has been made available, not counting the CLK. Its release is now possible thanks to the fact the C-Class has been moved upmarket, so it is a larger and more expensive car than before. Considering the Coupe currently costs around $50,000, it is safe to assume the Convertible will start north of $55,000. This is a rather large amount of money, but it is also worth mentioning that there aren’t many competitors in its class. The car should become available for sale quite soon and three models will be offered from the start, but more on those later. 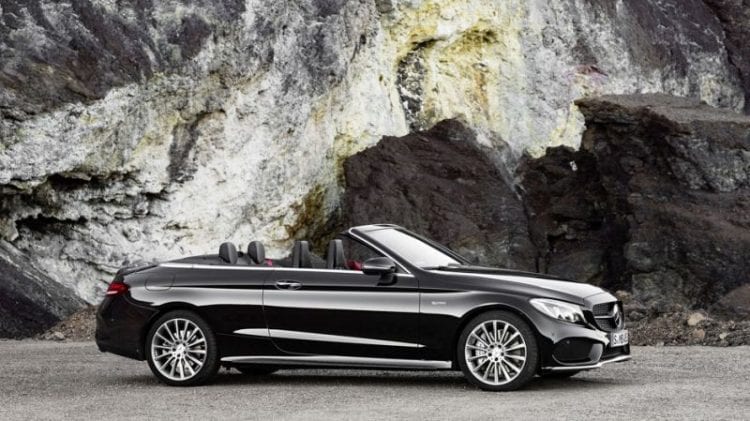 Like with most other convertibles on the market, the C-Class shares most of its underpinnings with its coupe counterpart. However, it also has some extra bracing so it will not lose much rigidity. This means it is 100 to 200 pounds heavier than its close sibling. However, this doesn’t mean all that much, so the convertible is not noticeably slower than the coupe. 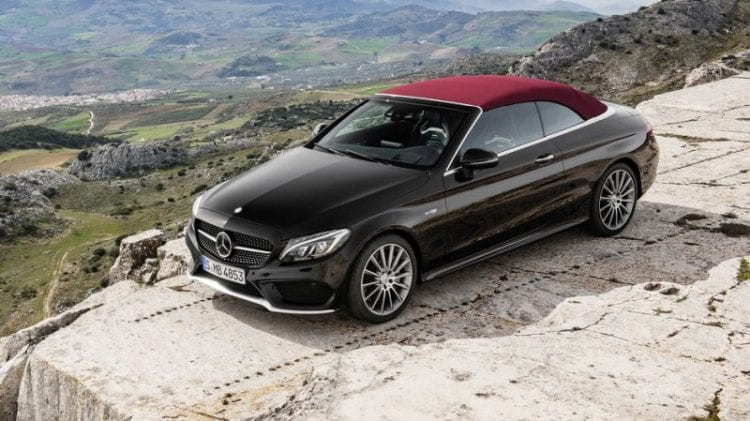 The definition of beauty

The new 2017 Mercedes-Benz C-Class Cabriolet is one of the best-looking cars made recently. The front end is the only identical part to its sibling, but it still gives the impression of a better-proportioned car than the coupe. The back, on the other hand, has been revised in order to fit its new soft-top better. Also, while looking from the side, it is clear that we have a more curvaceous body which befits its character a bit better. The new soft-top uses the same mechanism that can be found in the larger S-Class so that it can open or close its roof at speeds of up to 30 MPH and it does it in little over 20 seconds which is right around the average of its class. However, this doesn’t take much trunk space for itself so the passengers can enjoy it fully. 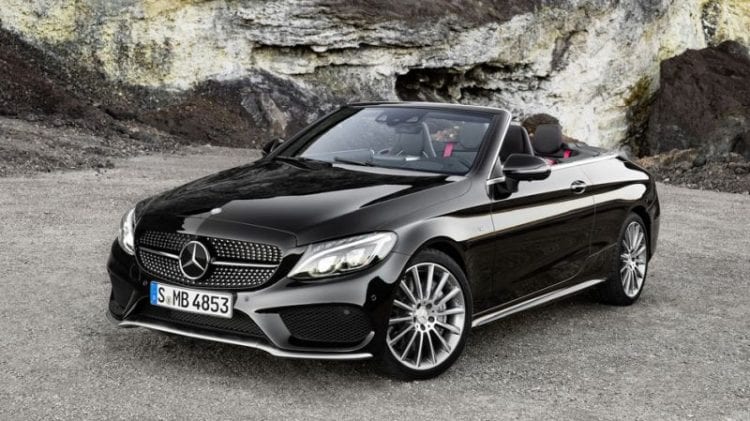 Inside the cabin of 2017 Mercedes Benz C Class Cabriolet

Like you would expect from a convertible, the dashboard, front seats, most of the equipment and even the feel is identical to its coupe counterpart. The only difference is in the rear where we have slightly less space than in the coupe. However, there is still plenty of room for two adults, so better than some of its direct rivals. 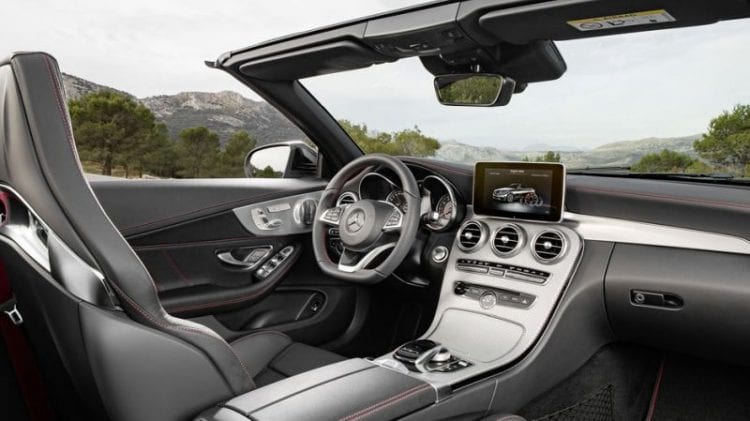 The engines and transmission

So far the 2017 Mercedes Benz C Class Cabriolet has been confirmed to hit the market in three different versions. There is the base C300, the C63 AMG, and the C63 AMG S. It is a bit unusual for Mercedes not to release the C43 version which can be had with the coupe. The base model gets a 2.0-liter turbocharged inline four engine which is good for 245 horsepower and 273 lb-ft of torque. The jump to the AMG is quite large. This one gets a 4.0-liter twin-turbocharged V8 pumping out 476 horsepower and 479 lb-ft of torque or 510 horsepower and 516 lb-ft of torque in the more expensive S version. Like with the regular coupe, the AMG gets a seven-speed automatic transmission and rear wheel drive only. The lower powered version can be had with rear or all-wheel drive, so it is more practical than it. On top of that, it is mated to a smoother 9-speed automatic which is one of the better options on the market. Unfortunately, though, the C300 doesn’t get the great suspension and brakes from the more expensive AMG version. Huge power difference allowed German car maker to fit it with smaller brakes which also means a lower price.