Mercedes once had a financial stake in Tesla, and while shares were sold and the alliance is gone, something was carried over from that relationship. It is the electric version of Merc’s B class introduced for 2014 model year to the US market as the first electric car made in Germany. While emotions have settled through time, let’s review what happened so far.

Under the hood, B class features 132-kilowatt, 177-hp electric powerplant borrowed from Tesla, which made a possible range of 87 miles after the full charge of 28 kWh battery pack. This setup allows 0-60 mph time of 7.9 seconds, mostly due to the fact that 251 lb-ft of torque is instantly available for acceleration, while the top speed is limited to 100 mph. 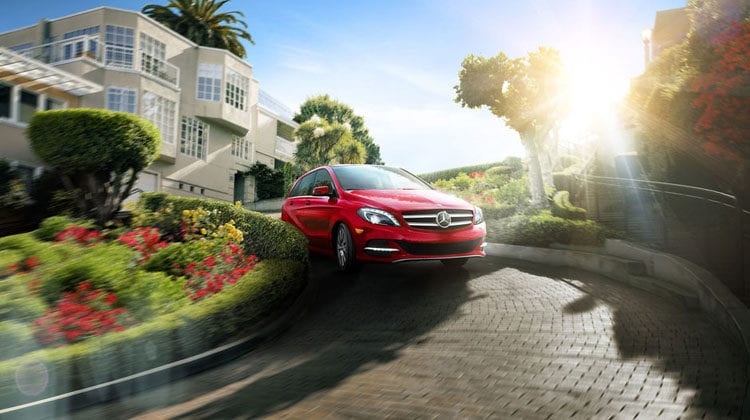 Acceleration is quite ok as is max speed, but the possible range is not to be emphasized, so in total, we are getting average results. The battery can be charged by use of any household 120-volt outlet, or a special 240-volt charging system available from Mercedes. The replenishing time of fewer than two hours gives the EV a 60-mile range, while a full charge on a 240-volt home system takes about 3.5 hours. The battery itself features a built-in warmer to keep it from freezing up in cold climates.

The design of EV model corresponds to the regular and while its look is not new time wise it still pretty neat with flowing, fluid lines, refusing to create any sudden movements while gliding across the car. The cabin is roomy, and sense of quality is prevailing with chrome detailing and ambient lighting, while you can count on 7-inch infotainment screen as standard. 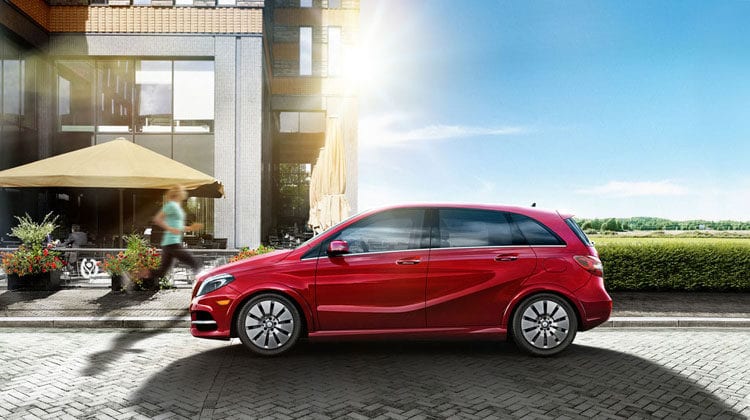 A variety of packages lets you add satellite radio, a rearview camera, parking assist, premium audio system, and much more. In the safety segment, you can rely on nine airbags, adaptive braking technology, and collision-prevention assist. The ride is influenced by four-wheel independent suspension, electromechanical power steering, and sporty 17-inch 10-spoke alloy wheels. Everything stated is present with a regular model, and there was no need for changes upon introduction of this one.

B-Class has met many rivals in US market, so battling against homegrown Ford Focus Electric and Chevy Volt was not easy. Also, Nissan Leaf as the absolute leader in sales within segment didn’t leave much space for Merc to expand. 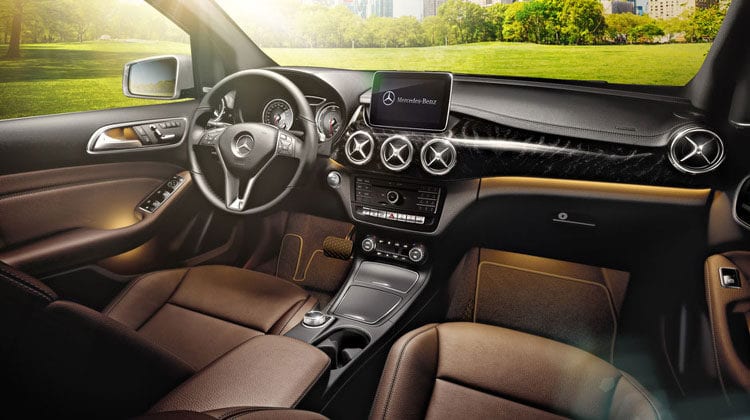 In the first year, B class was sold in 325 units, which later peaked at 1850 units for 2015, and then the overall decline in electric car sales affected already not decent figures.

The story goes that next generation of electrified B-Class could be coming somewhere in 2017 eventually 2018, with some decent changes as vehicle range on a single charge is expected to go far from current one and reach 220 miles. 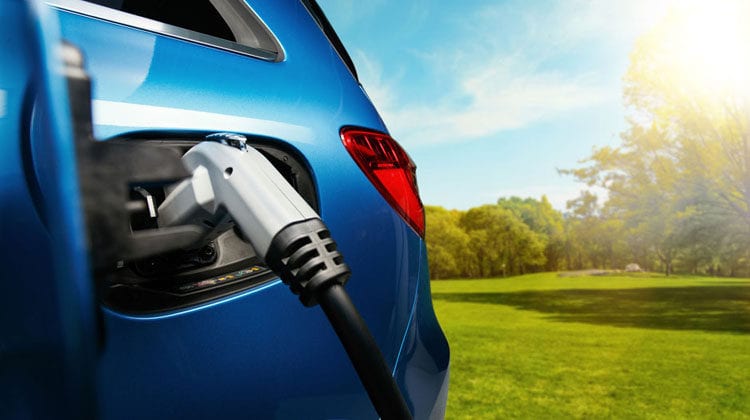 At this moment plant in Hungary is making its preparation for future production. This is highly needed as B class is way under Audi A3 e-tron, e-Golf and even Kia Soul EV in market share.

Regenerative braking is present as usual, and it comes as a standard, but what is special is that you can opt for a radar-based recuperating system, which is unseen before. The system maximizes energy catch based on the flow of traffic and gives drivers the ability, over the steering-wheel-mounted shift paddles, to choose between three recuperation levels. A mobile app helps weather sensitive buyers to preheat or precool the cabin at home while the vehicle is still plugged in so this will not affect the range.

2017 Mercedes-Benz B250e hasn’t offered anything special so far, besides being Mercedes and apparently that wasn’t enough. Everything is decent but almost nothing is above average, and that heavily hit sale results. Mercedes being Mercedes is not going to settle with average, and we can pretty much expect big changes from coming successor.