When Porsche launched Panamera in 2009, it was quickly slotted in the full-size luxury sedan segment, along with Mercedes S-Class, BMW 7-Series, Audi A8, Lexus LS and similar. Well, it is full-size, and it is undeniably luxurious, but that fastback shape was not so ordinary. It was more four-door coupe than the actual sedan, and driving dynamics were something not usual for the class, with the exception of maybe Maserati’s Quattroporte. More natural competitors as Audi A7, BMW 6 Gran Coupe, and Mercedes CLS all fought their battles in one segment bellow, so Panamera is pretty lonely. Well, not for long, as 2017 Mercedes-AMG GT Concept is an undeniable sign of what is coming from Stuttgart in the near future.

Highest regular echelon in sedan world is pretty clear- luxury is the main thing here. Maserati tried to convince us that things above 200 inches can actually be driven in joyous manure, but it was sold in too little numbers to make a proper statement. 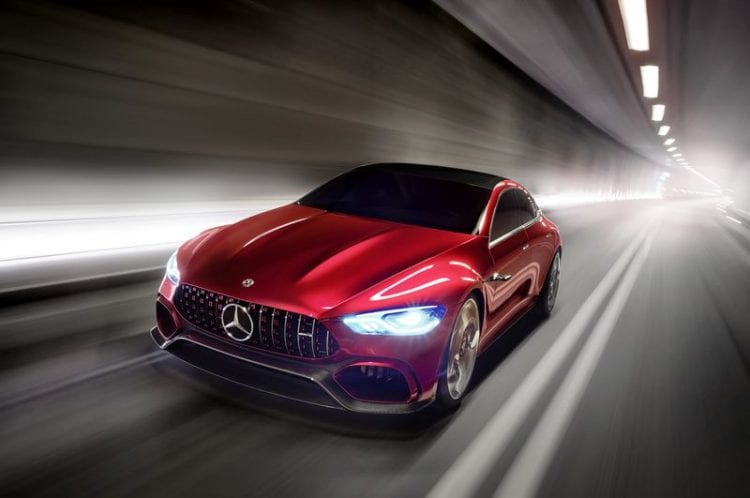 Panamera doesn’t have the same problem with numbers, so now we all know that big limousine can be entertaining. Since S-Class doesn’t even try to entertain you in corners, AMG GT Concept does. Consider it as a four-door version of AMG GT model or an ultimate blend of luxury and performance.

Pay close attention as it carries lots of design cues that we are going to see on future Benz models. We see Panamericana grille, taken from GT model, while front bumper is similar in design, but more three dimensional with side intakes incorporated as a separate piece. The important thing is headlights, which are smaller and sleeker, while it seems that they are more just following dynamic lines of front fascia than trying to grab attention, as it is the case with current models. 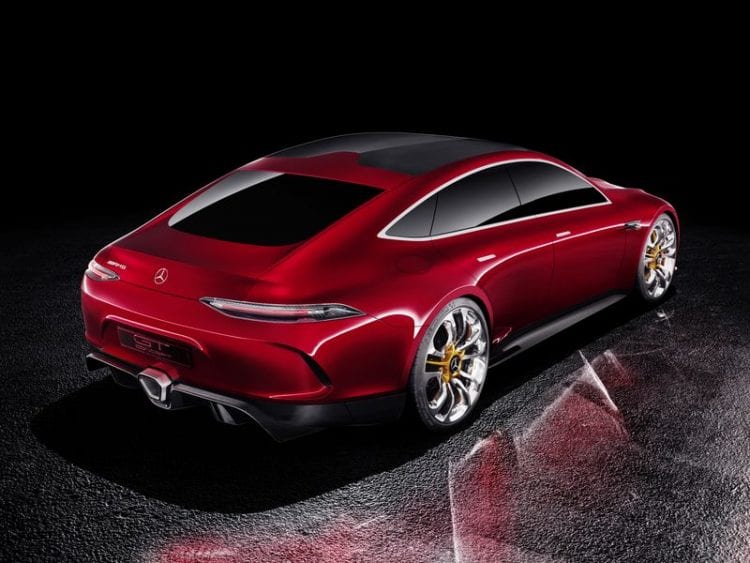 The side profile is beautiful, very elegant and athletic, while the tail is more harmonious than Porsche’s one. Tail lights are in apparent resemblance to GT’s ones and pretty much to all other coupes within brand’s lineup. Same as headlights they are also thinner, so do except lights going on a diet in future Merc models. Alloys are work of art, and only Mercedes could pull gold coloring without entering the vulgar area.

The concept has windows completely blacked out, so it is not about interior here, for now. But that doesn’t stop us from guessing. Since this would be more elongated GT than sloped roof S-Class, we would bet that interior will come from sports car sibling. Anyway, GT is actually grand tourer (play of words!), and that segment never had a problem with lack of luxury. To finish the story, current AMG GT interior is nothing short of breathtaking, so go ahead Germans and put that inside.

Times are slowly changing, and we just witnessed something unimaginable two decades before. Hottest, priciest, fastest Panamera model is a hybrid! In the same sense, GT Concept follows the same recipe, carrying well-known 4.0-liter twin-turbocharged V8 under the hood joined by an electric motor, while total power is staggering 800 hp. 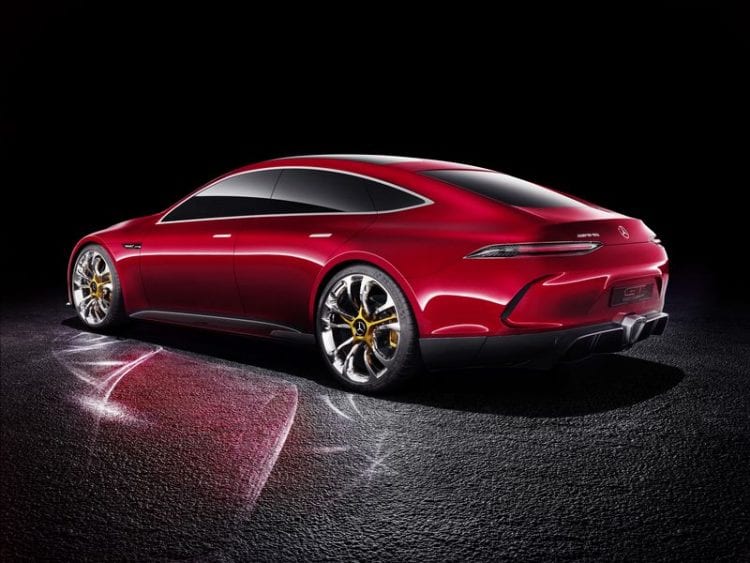 Panamera Turbo S E-Hybrid has 120 hp less, taking 3.2 seconds to 60 mph, so Merc could easily break the 3-second barrier. Off course, if the same thing remains underneath when it actually arrives. To match Panamera dynamic abilities, it comes with AWD and torque vectoring, and it utilizes carbon to keep the weight in check.

The recipe that Panamera brought is possibly the best one that could exist in the automotive world if the price is not an issue obviously. We have top luxury from highest sedan echelons, breathtaking body shape, standard rear bench capable of accommodating adults, the boot big enough for whole family and adrenaline pumping cornering manners. It checks all possible boxes, leaving nothing aside, and 2017 Mercedes-AMG GT Concept shows us that future Merc competitor will also do the same. We just don’t know when. Yet.