We all love the original RX-7. The rotary engine was a real pain in the… I mean hard in terms of reliability and tuning, but it did make an awesome soundtrack, and it could rev and rev, and rev. It was also one of the rarest cars around, even in Japan. The fact that they were much more fragile than say a Supra or a Skyline made them a rare sight on the roads. You had to either: a) have a lot of money to be able to afford ownership of such an exotic, or b) know every trick and trait of the rotary engine so that you can work on it and fix it yourself. Well, after many years of rumors it seems that the fans got what they wished. The RX-7 has been officially confirmed by Mazda. Now don’t get your life savings out just yet as it won’t actually come just yet. It’s going to be debuted by the end of the decade (so 2020 looks as the best bet), with sales starting even later perhaps. But just because we don’t get to have it for a few more years doesn’t mean we can’t drool over it right now.

The confirmation took place at the 2015 Tokyo Motor Show, where Mazda unveiled the RX-Vision. The front engine rear-wheel-drive concept car which showed off Mazda’s aggressive KODO design language. Are you ready for the best part? It will house a rotary under its sleek hood. At last, a rotary engine in a standard road car. The RX-7 will stay true to its roots after all. 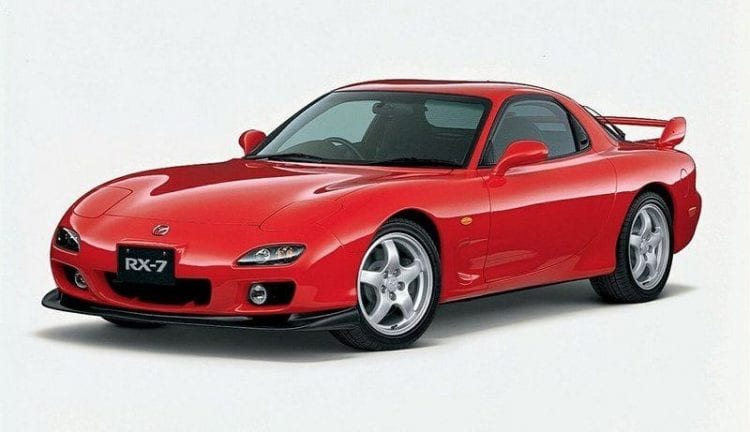 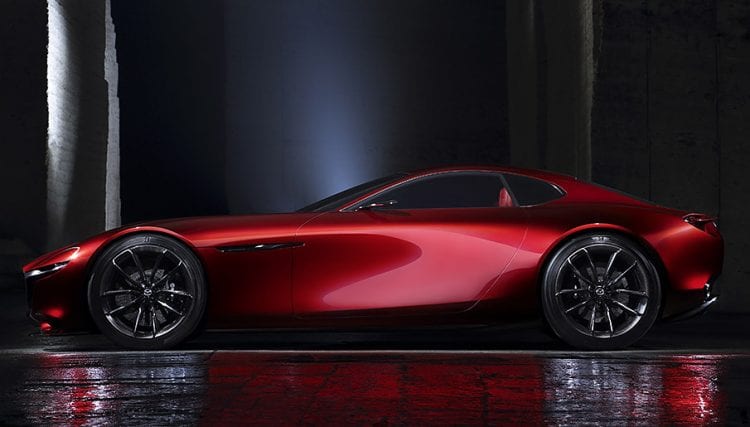 The reason why Mazda said that they would unveil it by 2020 and go into production, later on, is exactly because of that pesky, but the oh-so-beloved rotary engine. What killed the rotary engine as a mainstream engine is exactly what’s delaying the debut. The engineers at Mazda need to come up with a way to make the engine reliable and fuel-efficient, not to mention less thirsty for oil. More details on the Wankel propulsion of the RX-7 will come later on.

We don’t have the final production-ready version of the RX-7 because not even the designers know what it will look like at this point, but we do have this: the RX-VISION. It’s most likely going to be the face of the new RX-7, or at least partially. It will undergo lots of changes and alterations before it gets into the production stage of the development, but as a platform, it’s a great place to start.

First of all, the roofline may be taller. Quite often concept cars get a really low roofline which looks great in pictures but isn’t practical in real life. 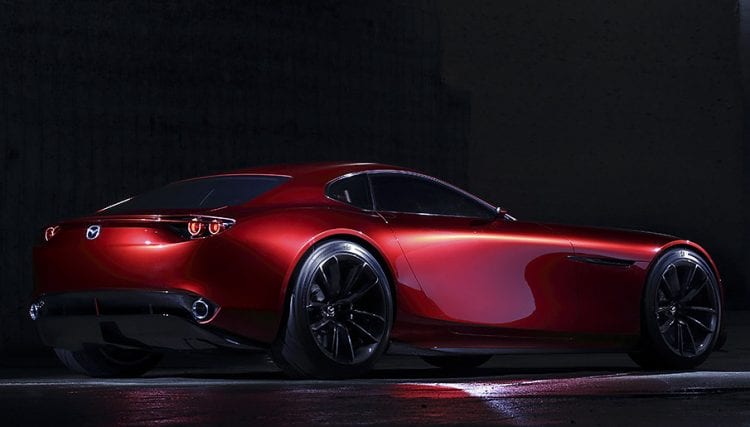 Well, not unless you’re under 5 foot anyway. Luckily, the RX-7 remains just as handsome with a taller roofline because its proportions allow it. That long bonnet means that even a production ready roof would suit it and not look out of place. The windscreen will probably be less raked, the B-pillar will be visible due to obvious safety reasons and laws, and the chrome window surrounds will probably go. The front might get a larger grille for cooling, and the wheels almost always get swapped out for ones that can actually withstand real world driving and are not just for show. 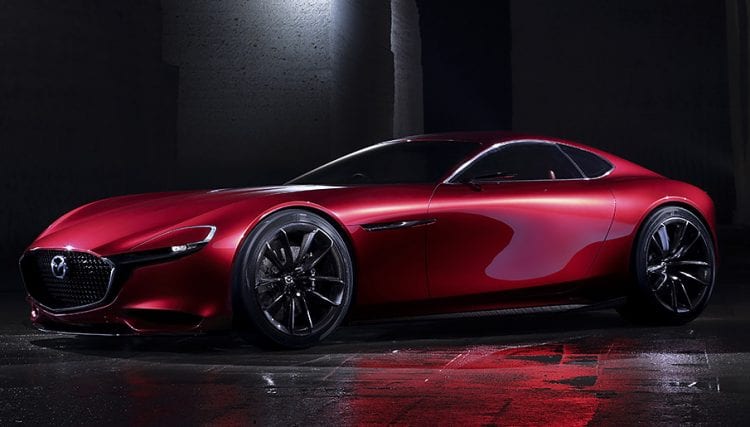 The concept isn’t really that unusual and far off from a production car, so we expect a lot of the stuff we see in the RX-VISION to carry over to the RX-7 once it reaches the final preparation stages. The tailgate will get a revision, however, the floating spoiler will have to go. The diffuser might stay but not in its current form, and the taillights will almost surely get redesigned. Expect it to still be a looker.

The interior is what shocked us the most. Usually, cars that are a glimpse into the future have a very unrealistic interior. Not so with the RX-VISION. The cabin is very clean, and it almost looks production ready. The steering wheel is especially great. 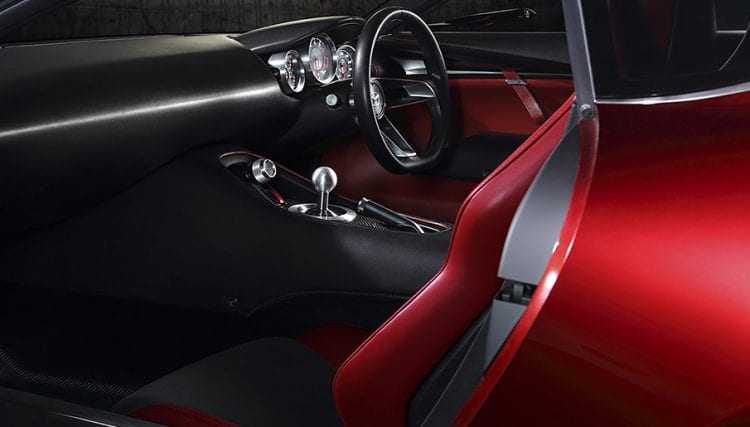 . It resembles something that you might find on a drift car for its deep dish and three-spoke design, and truth be told someone will probably drift the RX-7 in the future. The gauges seem to be production ready, and so does the rest of the interior. There’s nothing cluttering up the dashboard or even the center console. A few buttons and switches here and there and that’s your lot. Just the way it should be. This has to be our favorite interior of any concept car so far. 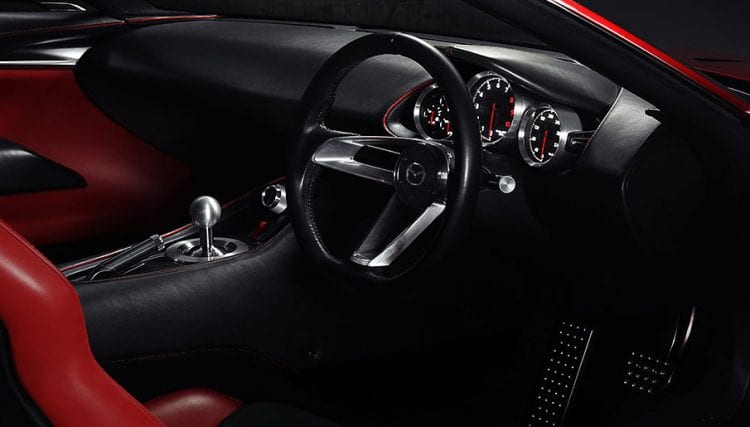 The engine is the RX-7’s biggest mystery. We can guess and speculate about the exterior and the interior rather accurately, but without solid figures and details, rough estimates are as close as we can get to guessing what will be under the hood of it. Let’s look at what we know. We’ll, it will definitely be a rotary, and it’ll go by the name of SkyActiv-R. Unlike its predecessor, this one might actually use a turbocharged version.

The competition? Well, Porsche Cayman perhaps. You have to understand that the RX-7 isn’t about straight line speed at all. The Cayman makes 275 hp in base form, and we think that because the RX-7 will be considerably lighter, it could do away with only 250 hp and still beat the Porsche. Cornering is where it’s at with the RX-7 and with a lightweight body and engine, it’ll surely be one of the best. Additionally, some reports even suggested that 400 hp machine could be placed in this vehicle making it real supercar competitor. 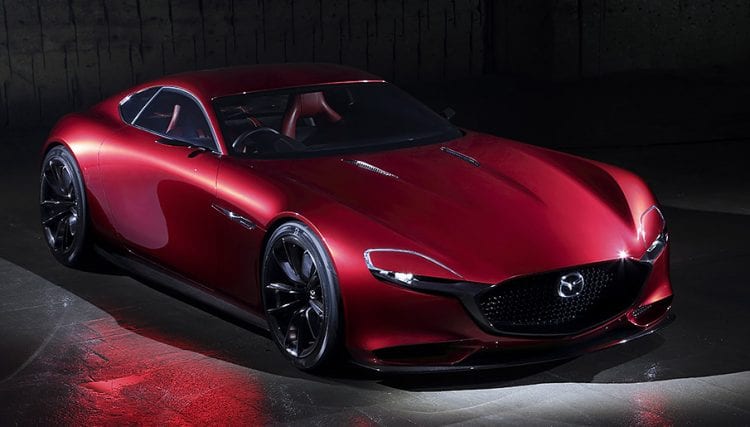 The 0-60 mph time should be in the range of 5-6 seconds while the top speed might drag out to 150 mph. This is the case if Japanese company decides to place engine of 250 hp. Efficiency has always been an issue for the rotary, but Mazda claims that they will match economy and CO2 levels with the equivalent Otto engine.

Given its looks and performance, it’s only reasonable to expect an asking price of over $35,000 even for the base model.