Mazda MX-5 has reached iconic status. It doesn’t have an especially long history, but it is rich one indeed. The first model was introduced in 1989 in an attempt to revive ideas that were almost forgotten. If we recollect the sixties they were packed with light, nimble and especially simple roadsters created for pure driving delight. They were for enthusiasts, hedonists or open minded people embracing their life with open arms. With development over the years, vehicles have become significantly heavier, bigger and stuffed with ever more electronic gizmos, which totally disconnected us from happenings on the pavement. The car was starting to drive a man and not the opposite.

There were other brands trying to revive the concept of pure driving pleasure, as MG offered F model in 1995 and Fiat introduced Barchetta during the same year, among others, but none was so successful as Miata in question. 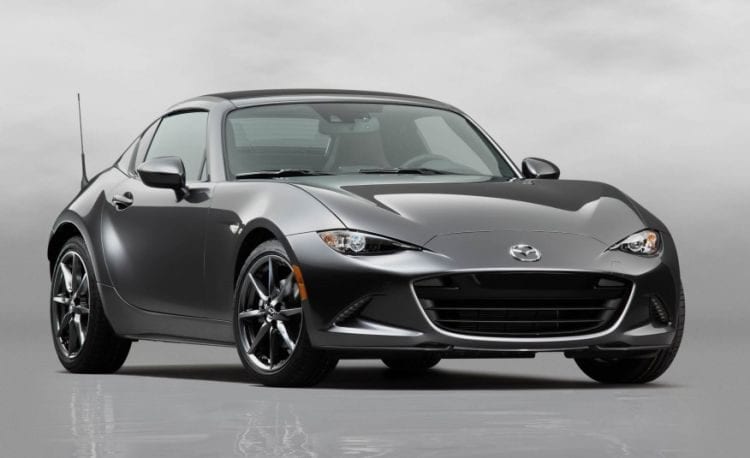 MX-5 is currently in its fourth generation from this year, and it continues to be best-selling roadster of all times. Besides, that special thing is on the way as in a matter of days we will welcome the arrival of the special 2017 Mazda MX-5 RF Custom Style.

Mazda shortly after the introduction of regular model offered RF version which featured hard top instead of traditional soft one, although it was rather targa then usual convertible because it had fixed buttresses. Now RF model has received its first special version, and that is our Custom Style thing ready to be officially revealed in January during Tokyo Auto Salon.

In out opinion targa treatment performed on regular Miata, transforms its styling nature. The car somehow appears bigger, bulkier and definitely more muscular. It looks much more serious in displaying sporty character. Now with this special edition, things are further elevated, with the use of black splitter at the front and same colored diffuser at the back and also with, again black, side skirts. Everything mentioned make this version definitely best looking and biggest macho in the Miata lineup. 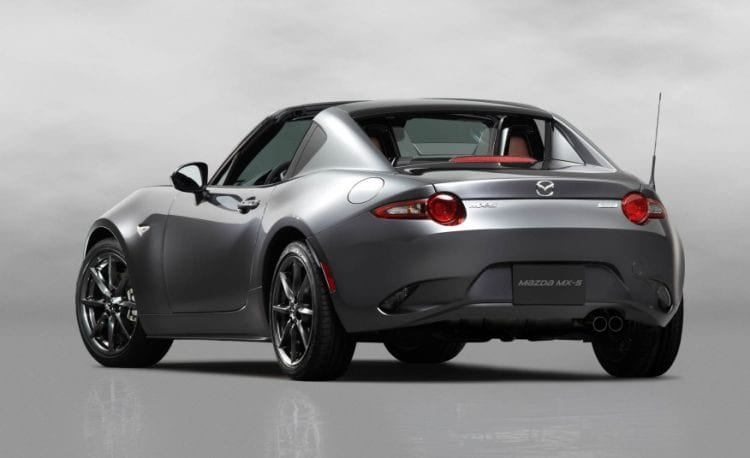 Cabin hasn’t been left out as it is enriched with additional Alcantara surfaces covering dash and door panels. This allowed MX-5 to go to a different level and elevate the overall sense of quality.

Hardtop version of Miata is definitely heavier due to the nature of materials from which roof is constructed. So, weight undoubtedly fiddled with figures, making them worse and it is reasonable to expect that mentioned styling add-ons are bringing RF Miata back to the level of regular one. Aerodynamics is certainly better as well as the grip which could compensate additional weight caused by the roof.

Yet we are still in the field of presumptions since Mazda haven’t released any official data so far. Besides mentioned, suspension system has height adjustment now, and under the hood, we have strut bar and lower arm bar for increased stiffens, while sports muffler is in charge of better music.

Things are the same, so 1.5-liter rated at 129 hp or 2.0-liter delivering 155 hp. It is left to see how new aerodynamic bits could improve acceleration time, maybe from current 7.2 seconds to possible 7 seconds for the 2.0-liter unit by our loose estimation.

2017 Mazda MX-5 RF Custom Style is special Miata dipped in chocolate, making it even more irresistible. There is no current car on the market that will allow you to experience such a pure driving pleasure for so little money, and get you in perfect position to fully merge as one with the car and yet on the inside still has decent seats and dash, not resembling park benches offered from Lotus and Caterham. And finally, it is now manly enough for all of us.