Mazda ventured into the mid-size crossover segment in 2006 with the introduction of CX-9, which was, to be honest, nothing special. Anemic design, significantly less attractive than CX-7, unimaginative interior and pretty much everything else too. Turn of tides for Japanese car maker hasn’t bypass our model in question and this year we welcomed the second generation after painfully long ten years of the first one. It was worth of waiting for, and you will see why as 2017 Mazda CX-9 is about to be reviewed by us.

As much as the first generation was plain looking second one is the total opposite. First, one was redesigned twice, in 2010 changing almost nothing beauty wise and in 2012 making things more pleasing but not near enough for a model that already seats six years on the market. Finally, Kodo language is here in its full swing, and this thing is outrageously elegant now. 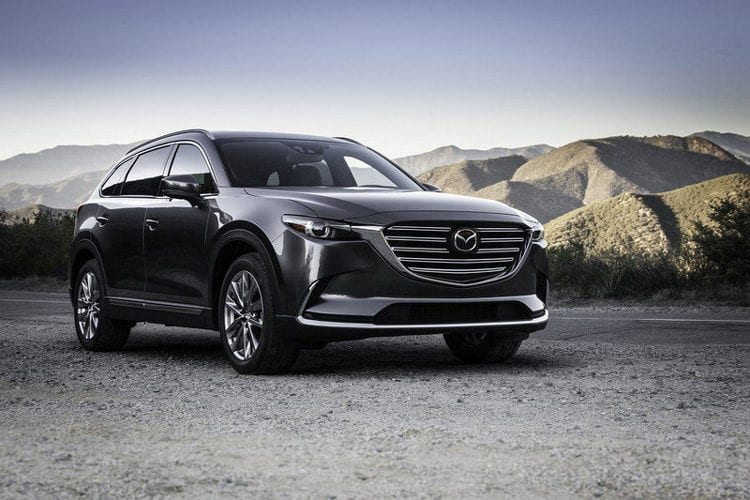 Large grille makes it imposing but not invasive, and everything is done in gentleman’s manner. The side profile is unbelievably sleek for this type of car, matched only by premium Macan and F-Pace. You can decorate it with lots of chromed parts on upper trims, but it will enhance its eloquence rather than vulgarize it.

This area is elevated to the whole another level. Mazda openly heads to the premium, and it is clear that Audi’s type of quality was benchmark here. Used materials and build quality appeared as outer space compared to the previous model, and design is far from, ordinary. 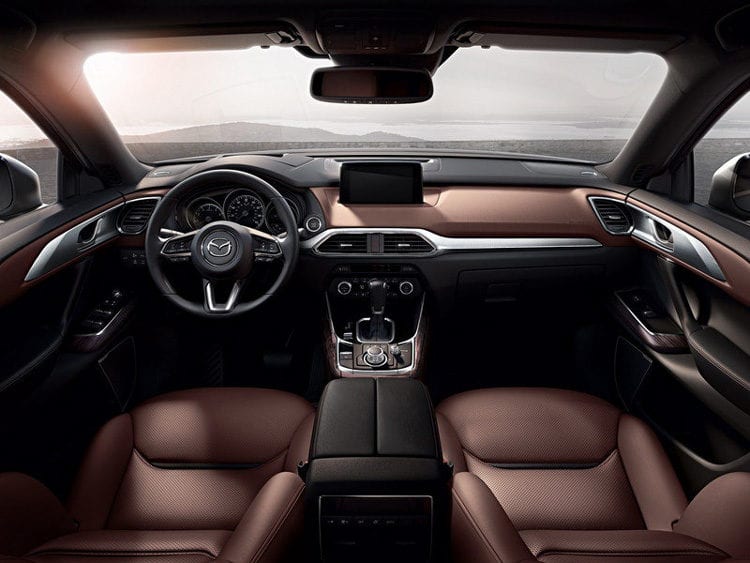 Everything is peculiarly shaped for this segment as same as sitting position, and it will leave nobody indifferent. The practicality wasn’t left out in all that rush for extravagance and cabin can accommodate five in comfort with even third row capable of welcoming two extra, although you should prefer those two to be children.

There is also a huge change in this area. Old, large, inefficient 3.7 V6 has been swapped for the new lighter, efficient and modern four-cylinder 2.5-liter unit helped by the power of turbocharger. The old engine delivered 273 hp while the new one is rated at slightly less 253 hp. We know that new figure is lower, but that is the only thing that is less here. The new unit is made all of the aluminum featuring direct fuel injection, the Miller combustion cycle, and dual overhead cams. 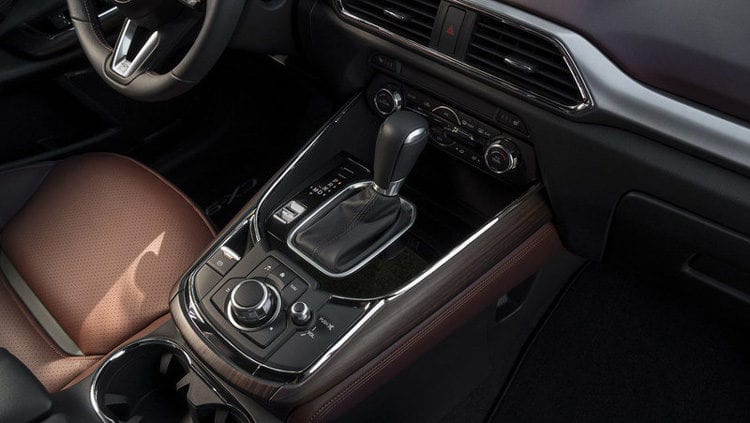 There are even more tech things, and one of them is Dynamic Pressure Turbo using a valve to squeeze air going to turbo making it efficient even at lower speeds. Another thing is cooled exhaust gas recirculation system, recycling exhaust gasses by forcing them to cool upon passing through intercooler significantly preserving fuel economy. Fuel efficiency is at 25 mpg combined which is unbelievable 25% more efficient than before. And for the end, 0-60 mph time of 7.2 seconds is even quicker than before, so modern engineering has swept clear victory over figures on the paper.

Unlike the cabin, Mazda took the BMW as the benchmark here in its pursuit for the premium. This thing is a big SUV, and yet it drives in a proper manner. It is quick, highly informative on the steering wheel and responsive, all while staying impeccably smooth thanks to highly refined 6-speed automatic. 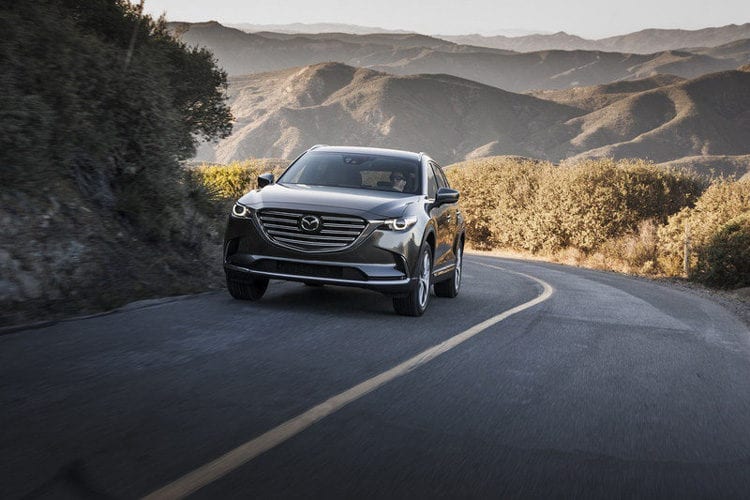 The i-ACTIV AWD system is nothing short of genius having 27 sensors monitoring the road 200 times per second with an ability to send as much as 50% of power to the rear.

2017 Mazda CX-9 is definitely the complete package. It is not a premium product yet, but it the closest thing to it from regular parts of the automotive world. It is beautiful on the outside, well-built and intriguing looking on the inside, propelled by adequate and well-executed powerplant and for the end it is not afraid of corners despite its dimensions.