The original Mazda 6 (or Mazda6) was a very good family sedan, and the ongoing model is no different. With the features that it brings, it is offering one of the best designs on the today’s market as well as a set of excellent engines. However, the car is not perfect, which made a lot of people say that the upcoming Mazda 6 2017 might be in fact the mid-life facelift everyone is waiting for.

It is very strange to find out that the 2017 Mazda 6 was not intended to be offered with Android Auto and Apple CarPlay support. This is quite interesting as we know that this model and its infotainment system has pretty much all it needs to support both of these features. 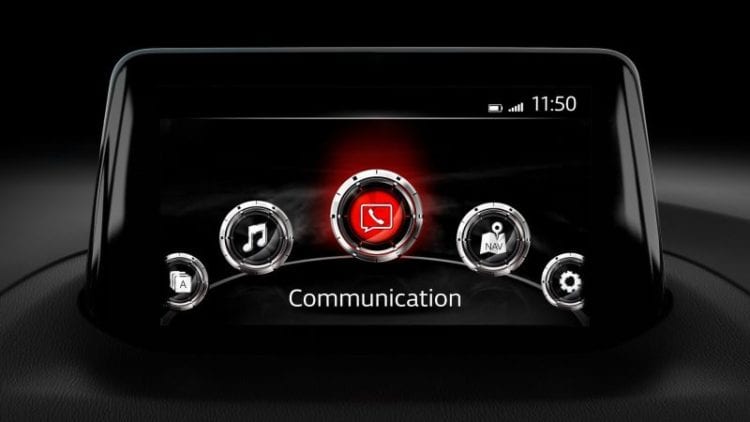 On top of that, sedan segment to which Mazda 6 belongs is very populated with more than a few interesting competitors, and something like this could be a deal breaker when you have two similar vehicles. Most new buyers will certainly want most for their buck, and we know that tech bits and pieces like this are quite attractive.

Fortunately for Japanese carmaker, Google have come to the rescue. We could see the Android Auto app offered on the PlayStore meaning that you can download it to your favorite mobile device and also use it in your new car. This slightly complicates things, but it certainly won’t push anyone away from 2017 Mazda 6 because of the lack of this app.

2017 Mazda 6 Update 09/06/2016:
The previous update brought details about G-Vectoring Control system that optimizes torque sent to wheels by changing various settings of transmission, chassis, and engine. What is new, especially for the European market, is the improved sound insulation that will reduce noise that is transferred to the cabin. 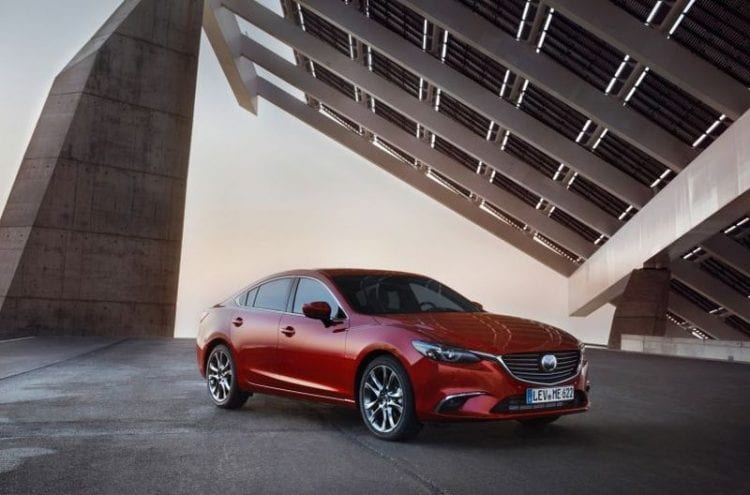 Diesel units that are favorite in Europe are still behind gasoline engines when it comes to refinement level, but Mazda worked hard on improving this. They have used Natural Sound Smoother technology that employs dynamic damper that is placed between pistons and connecting rod. This way we are getting a lower level of vibrations and a higher level of smoothness from diesel powerplant. To additionally improve interior insulation Mazda offers additional sound damping material layers while the door seals and panels come with lower tolerances when it comes to gaps. The result of this might not be immediately noticed but if you compare new 2017 Mazda 6 and previous version you will see significant improvement.

Another improvement is the Transient Control which allows better throttle reaction. We are not sure if it will come for both diesel and gasoline engines but certainly turbocharged diesel engines could benefit from a system that would further reduce already minimal lag. 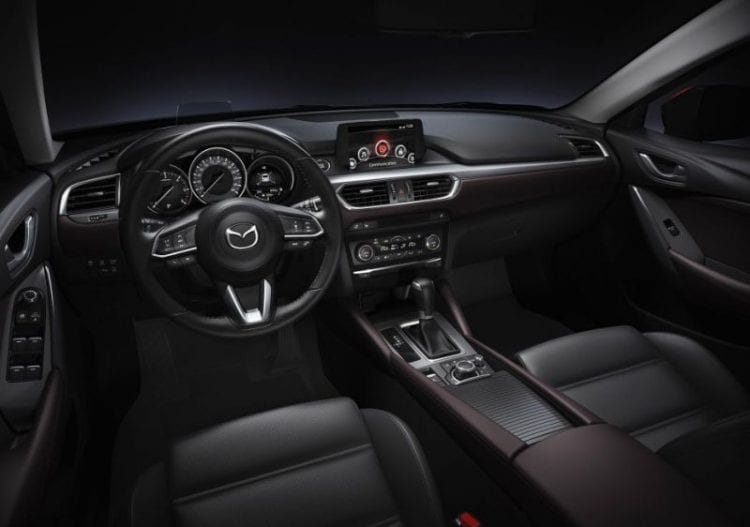 We have official confirmation that the upgraded 2017 Mazda 6 will come in September to Mazda dealerships across the U.S. With this info, we have also received details about price and features it will bring, something we already speculated but waited for Mazda to give its final word on that.

Starting price will be set to $22,780, and this includes a destination charge of $835. Compared to previous year it is an increase of $450, and we think that it will not cause a significant drop in sales of this midsize sedan.

Just like before we have 2.5-liter I4 engine developing 184 hp that is paired with six-speed manual transmission and if you want six-speed automatic you will need to add $1,050 more to base price. Standard for entry level model is the rearview camera and 17-inch alloy wheels. 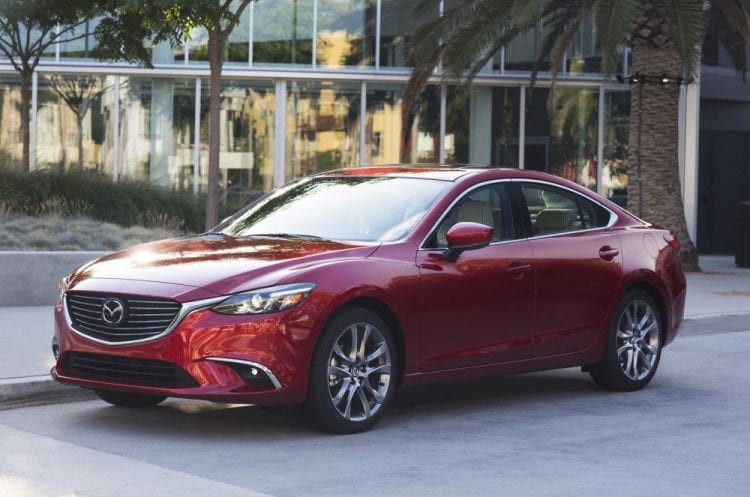 If you want a better-equipped vehicle, you can go for the Grand Touring version that starts from $31,530. Features like paddle shifters, perforated leather seats, and rear lip spoiler come as standard. Optional Machine Gray Metallic paint will be available later this year, but it will cost additional $300. For Touring trim it is also possible to add a moonroof, premium Bose audio and satellite radio that will cost $1,325.

Further upgrades and new features that have been confirmed include new steering wheel from CX-9 and instrument cluster that brings gauges that are now easier to read. Even the engine might not be enough for those drivers that want performance oriented vehicle introduction of G-Vectoring Control in 2017 Mazda 6 will improve steering reaction. This is done with the implementation of the system that precisely controls engine torque.

Finally, we are getting details about the Mazda 6 2017 that has already been rumored for more than few months. Previous rumors and reports suggested that this model will be redesigned and delivered with different design but it seems that this will not happen. Take a look at the photos and try to find any differences. We will save you the trouble since the changes are only minor and mostly unseen. Mazda decided not to change anything drastically and this was done mostly because this vehicle has good sale results thankfully to its great looks. Just as always, there are no needs to change something that isn’t broken. 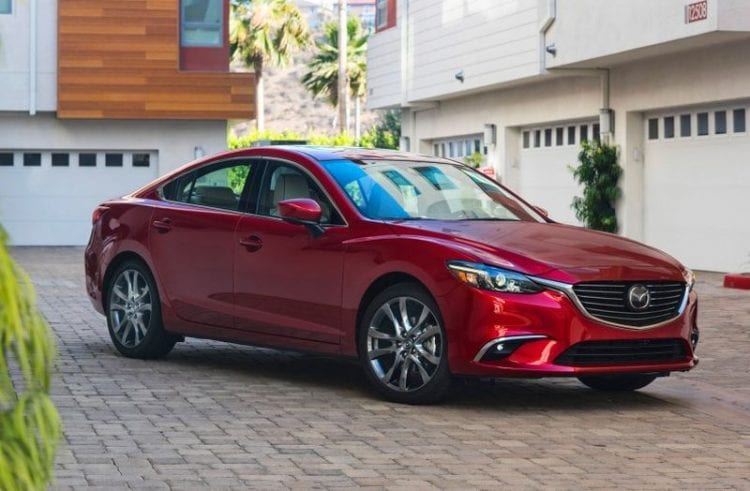 Let’s get back on topic. We will start with the changes that are offered to the suspension system with introduction of the G-Vectoring Control. With this improvement already excellent sedan on road becomes even better. To be honest it’s not easy to explain but what you need to know is that this will improve steering response. This electronic widget will engine torque output, it will slightly reduce output, and believe us you will not even notice this. You might think that it reduces level of driver involvement but rest assure that intervention is minimal and hardly noticeable while the result is something that you will like when attacking curves.

Safety has been further improved with the introduction of new features and i-Activsense system that helps out the driver in dangerous situations. New camera has been added and it will now detect pedestrians, cars and large objects. In case that something is noticed car can hit automatic brakes and this feature now works from 9 to 99 mph. Furthermore upgraded system will recognize traffic signs including speed limits, stop signs, no-entry signs and similar. 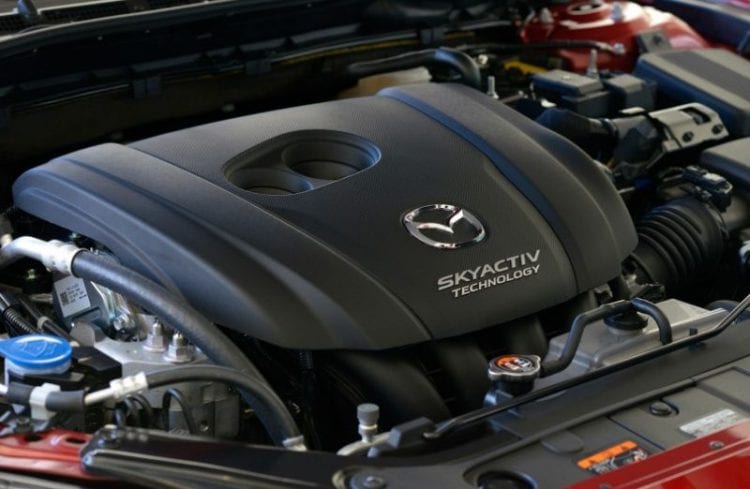 Drivetrain and engine offer will not change. Six-speed manual transmission in combination with 2.5-liter I4 unit works very nice. Even most car makers are dropping their manual transmissions Mazda decided again to offer this option on some trim levels. Another option for the 184-hp engine is the six-speed automatic. Unfortunately there will be no V6 or turbocharged units offered; we hoped to see upgrades in the engine lineup, but unfortunately, this will not happen with this model.

While the exterior and powertrain didn’t receive any significant upgrade we can say that interior brings few nice improvements. Some of these were offered with 2016 update and now it again brings more changes. Gauge cluster was previously provided with monochromatic display but now is replaced with a full color TFT screen plus the pop-up head-up display uses full color setup instead of the monochrome it brought before. With higher level of adjustability everything has been pushed one level higher and another surprise is the driver-seat memory function that will remember settings of every driver and load those when driver sits in. 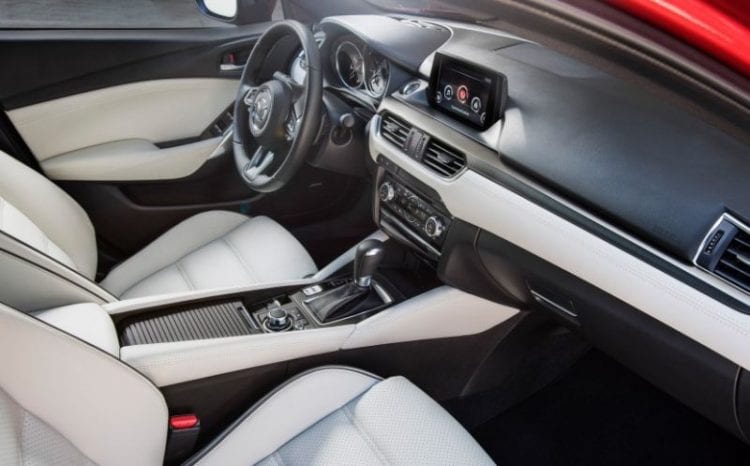 Highest quality Nappa leather has been used and this option is a part of the Premium package that can be opted for 2017 Mazda 6 Grand Touring trim. Rear seats now come with heating option while LED has been used instead of the standard lights. More improvements can be noticed with stitching, thicker front-door glass, noise-reduction material in the headliner, upgraded door seals and similar.

Overall impression is that this is one almost identical vehicle when looking it but if you compare the 2017 Mazda 6 and previous year models you will notice differences. Not that much when it comes to design and looks but in the interior and quality of it. We are still missing official price and EPA ratings but since we expect it to come in dealerships during the next month these informations should be available soon. On top of that, with only small changes in main segments we think that both price and fuel economy ratings will stay on almost identical level. Sticker with about $21,500 and 26/38 mpg should come back once more.

This would come just in time to benefit from all the design changes that happened on the new crossovers that were recently introduced to the market and pose a threat to sedans like this one. With a move like this, Mazda can offer the new features of these cars on their flagship sedan.

Rumors say that the upcoming Mazda 6 is going to be released by the end of this summer which would allow them to start selling it by the end of the year. While the actual internals of the car will likely remain the same, the exterior and its interior should receive a small update to make it a bit more appealing to the younger customers. On top of that, this model might be the first in quite some time to come with a high-performance Mazdaspeed version which has been rumored ever since the older one has been discontinued. 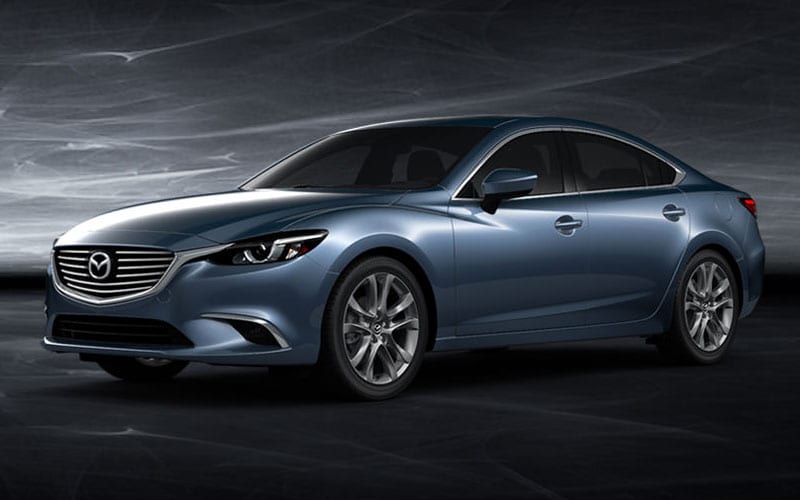 The price for this top of the line model might get close to $40,000 which would make it slightly more expensive than its soon-to-be competitor, the Fusion Sport. If you are not interested in MazdaSpeed version, you can get base trim for $21,495.

What about 2017 Mazda6 Engine Options & Performance?

The base engine on the US model will remain unchanged, while the European market is expected to receive a slightly more powerful version of the 2.2-liter diesel which is the best selling option by far here. The high-performance Mazdaspeed, on the other hand, has been rumored to get the 2.5-liter turbocharged inline four from the all-new CX-9, but rumors say that Mazda would work on the engine to offer a lot more than it currently does. In fact, it seems that it could reliably provide more than 340 horsepower and 300 lb-ft of torque which would be more than some of its larger engine rivals. Unlike the other versions, this one will only be available with an all-wheel drive system.

One of the possibilities for Mazda6 is to include turbo I4 unit, but this hasn’t been confirmed. If Japanese carmaker decides to offer smaller turbocharged engine it could be 2.0-liter that could we saw in few other models in Mazda’s lineup.

As we mentioned above, the U.S. engine will remain same, but it is still unclear if there will be an increase in power output and reduction in fuel consumption. Even if this happens, we do not expect to see any revolutionary upgrades. Inline four 2.5-liter unit pumps out 184 hp and represents a good match for this sedan capable of returning up to 26/38 mpg city/highway. 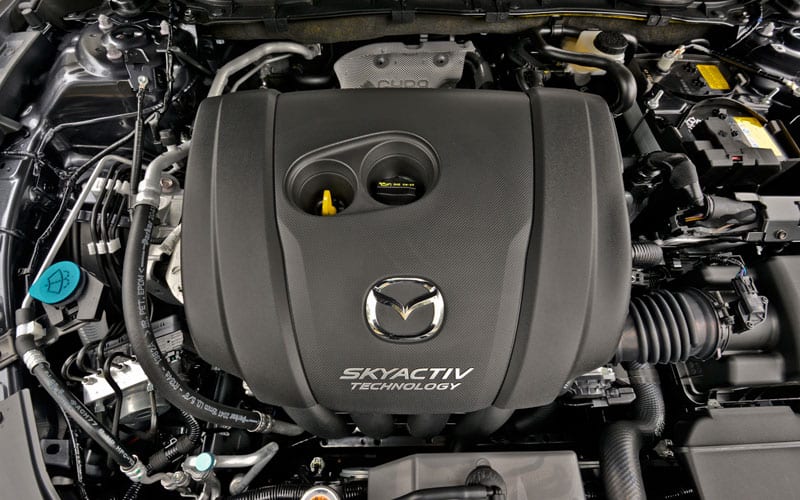 Like we previously said, the 2017 Mazda 6 is also going to go through a small facelift which will likely mean that its face will be updated with the newest grille and headlights also found on the latest CX crossovers. Its interior might also borrow some elements and features from the newly released CX-9, which would finally make the car a true alternative to cars such as the Audi A4 or the BMW 3 Series.

What about the Current Model and That the Changes In?

The 2016 Mazda6 is available in Sport, Touring and Grand Touring variants, priced from $21,495 up to $30,195. All models are powered by a 2.5L SKYACTIV-G engine, paired with either a 6-speed automatic or manual transmission. This unit can produce 184 horsepower and 185 lb-ft of torque. Mazda6 is rated at 28/40/32 mpg city/highway/combined when equipped with an automatic gearbox with i-ELOOP, while those models equipped with a manual gearbox are rated at 25/37/29 mpg. 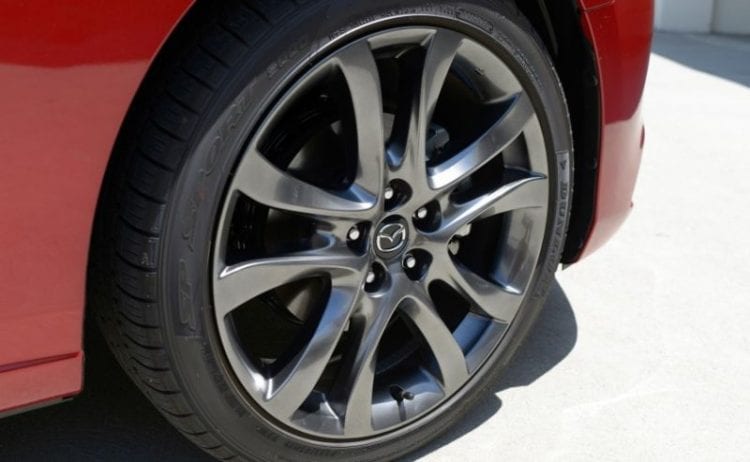 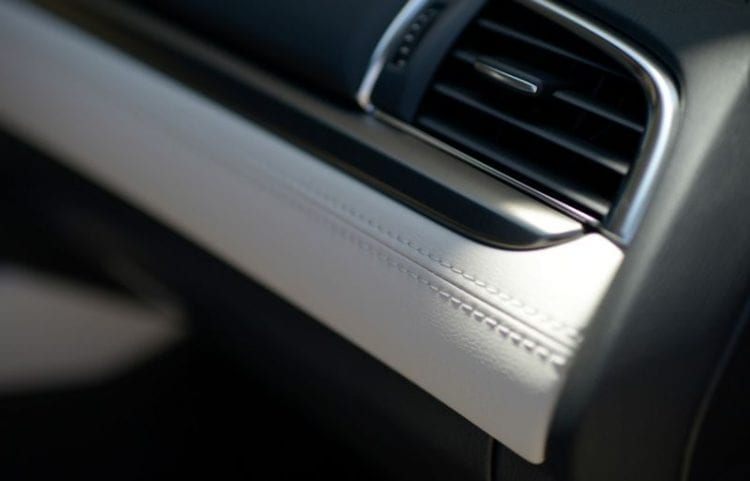 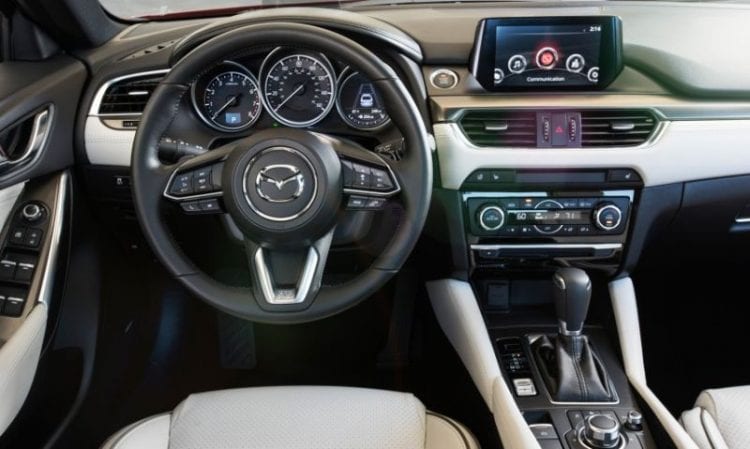 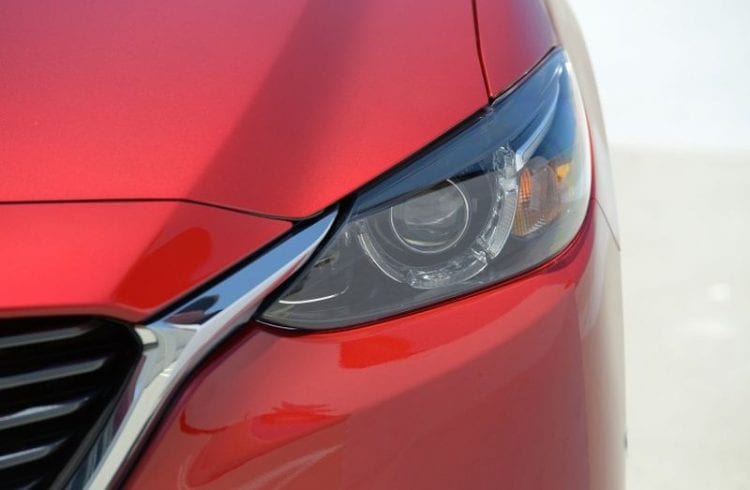 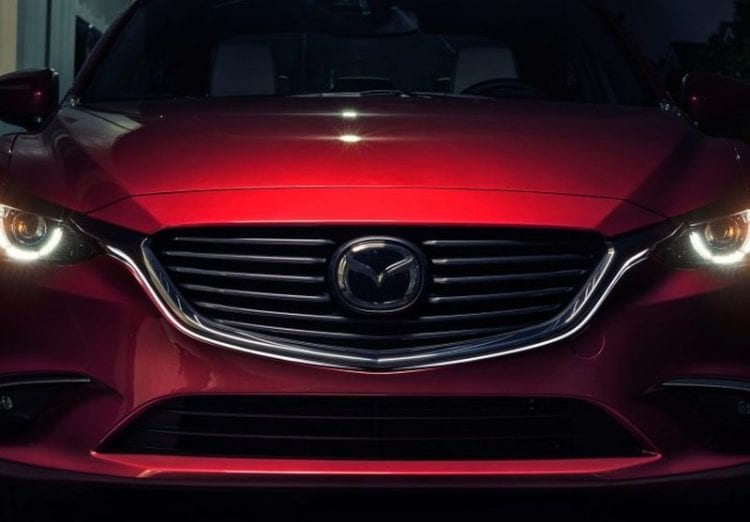 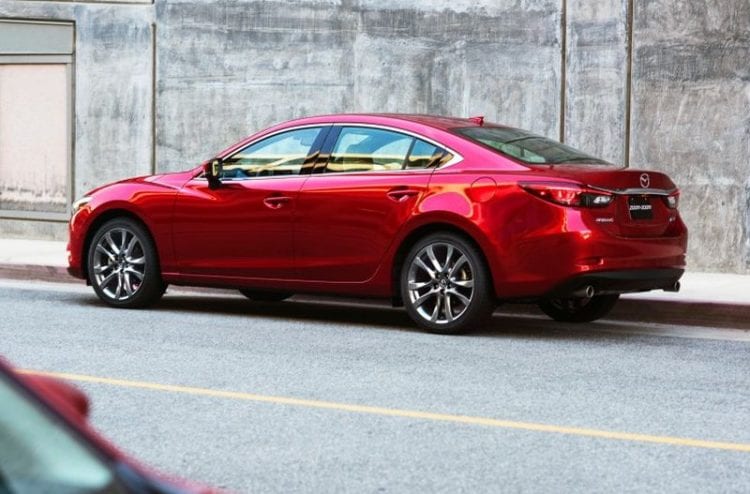 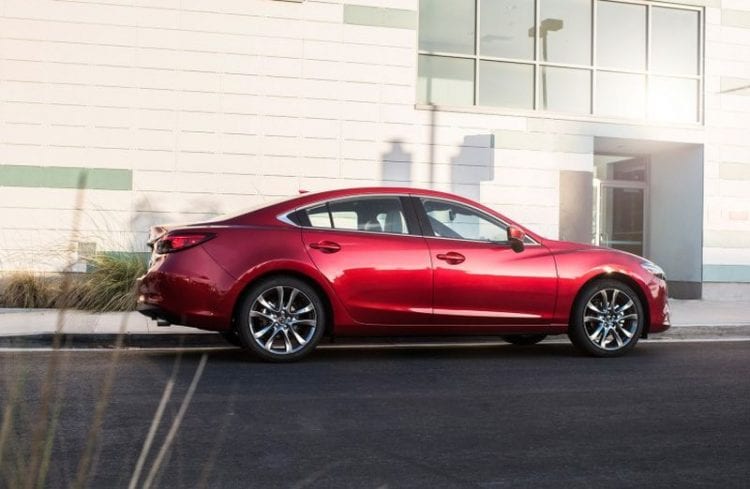 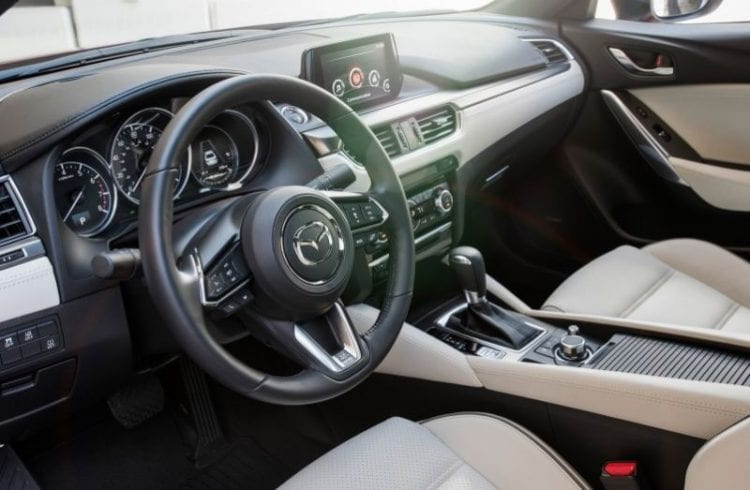 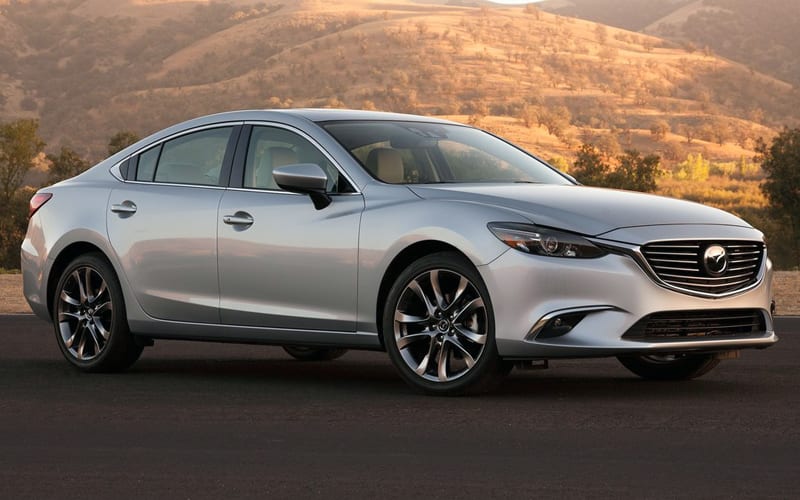 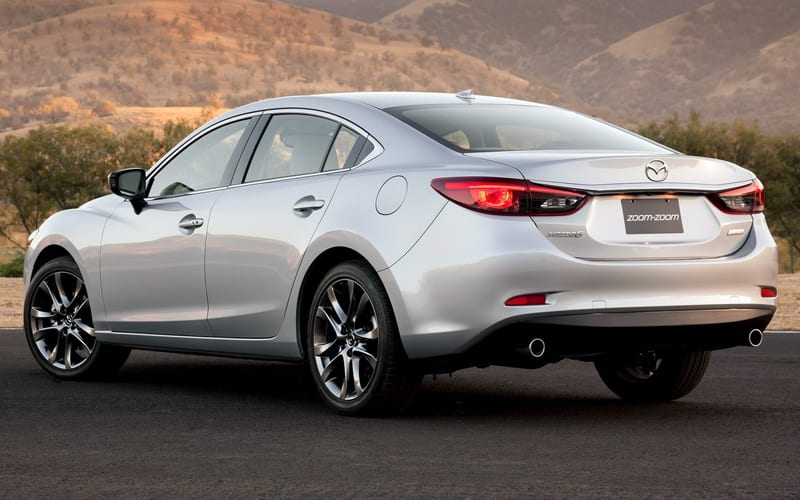 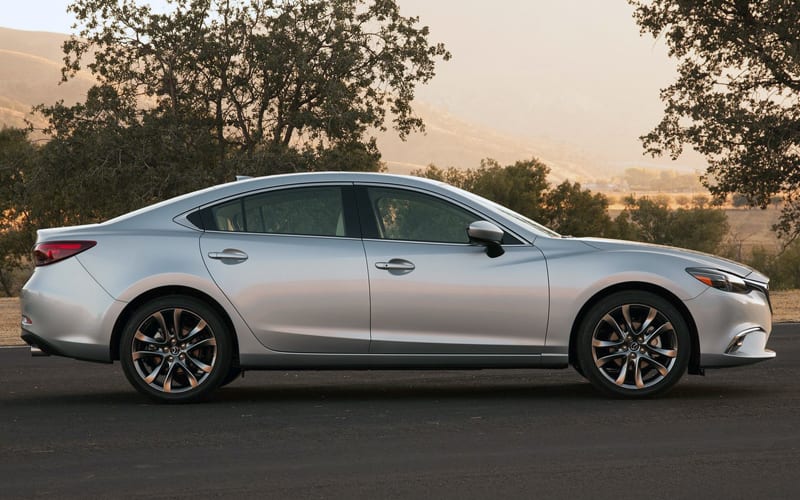 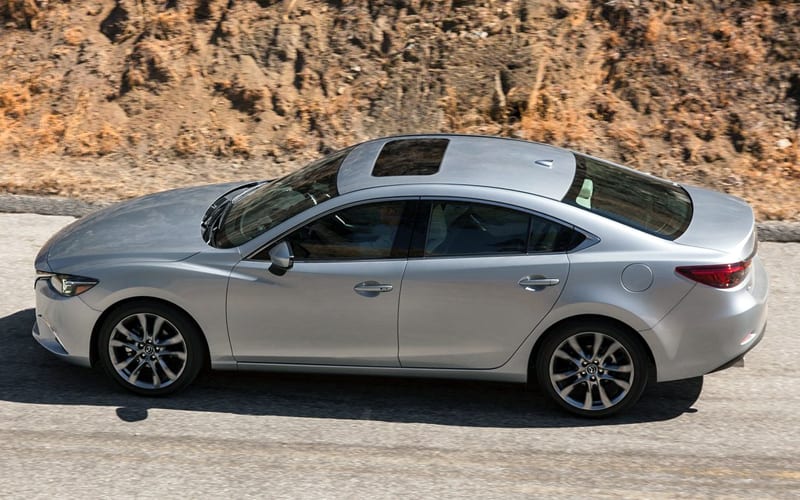 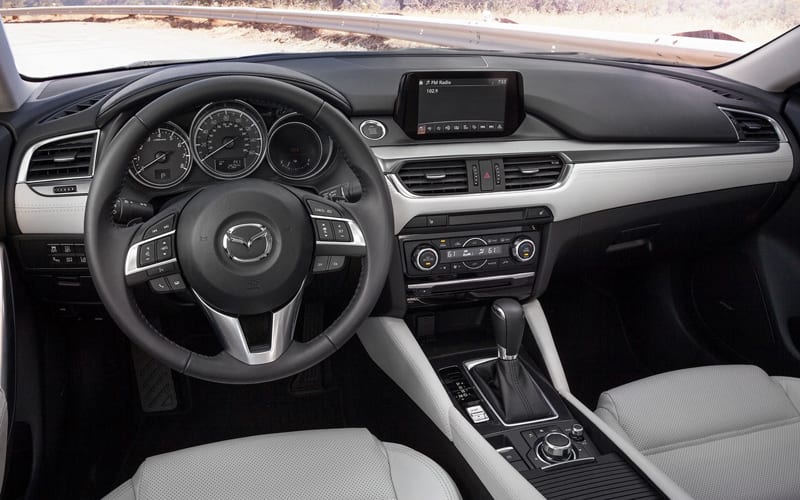 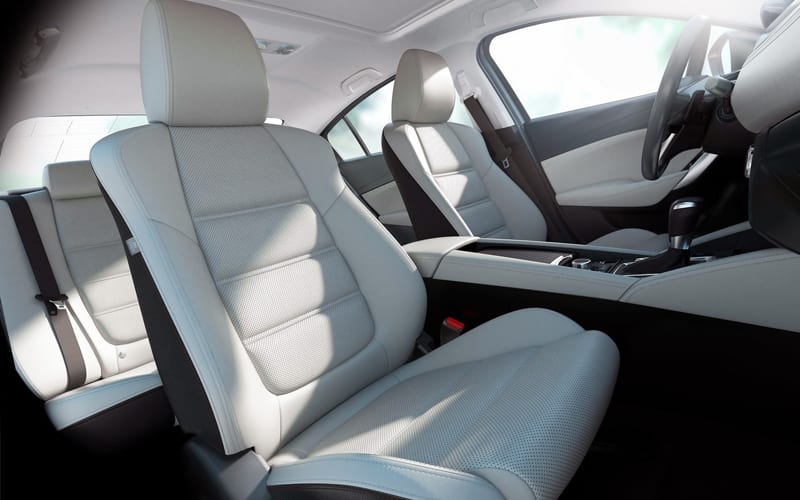 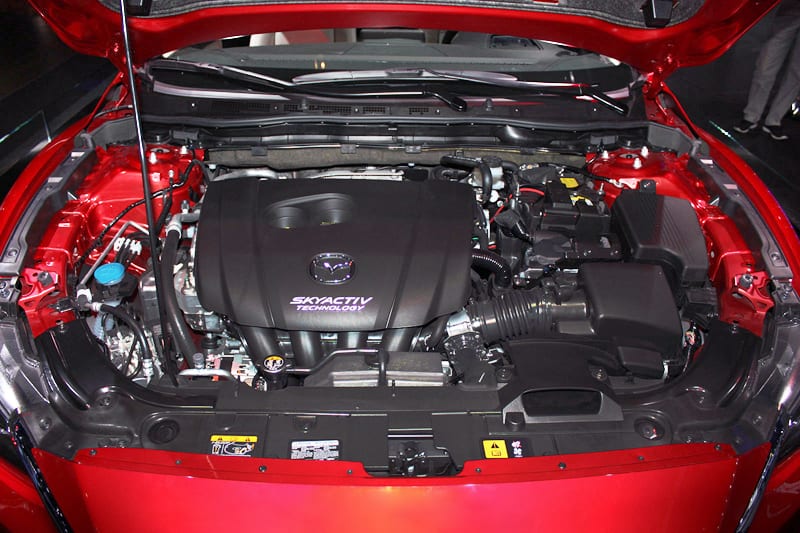 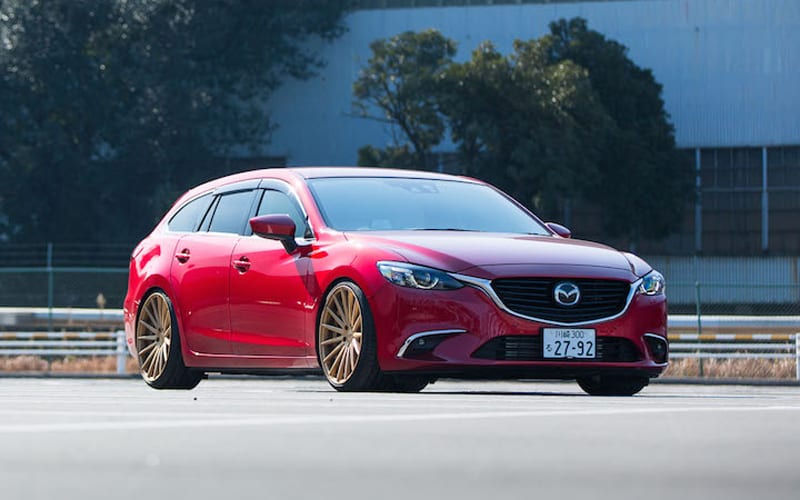 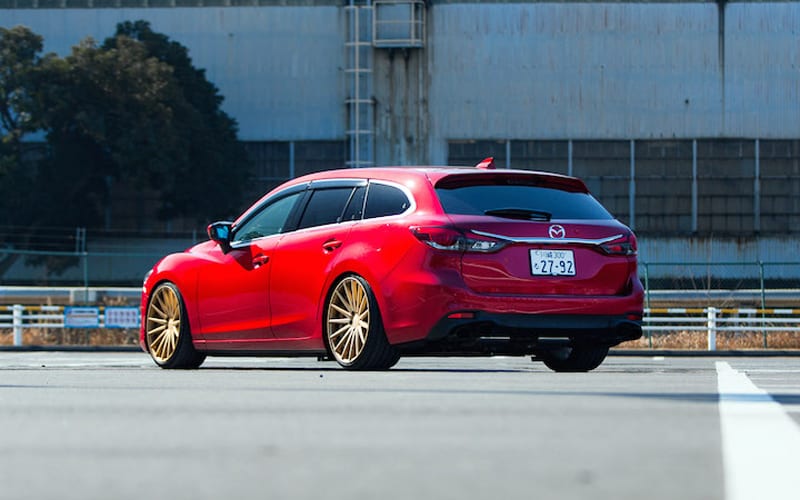 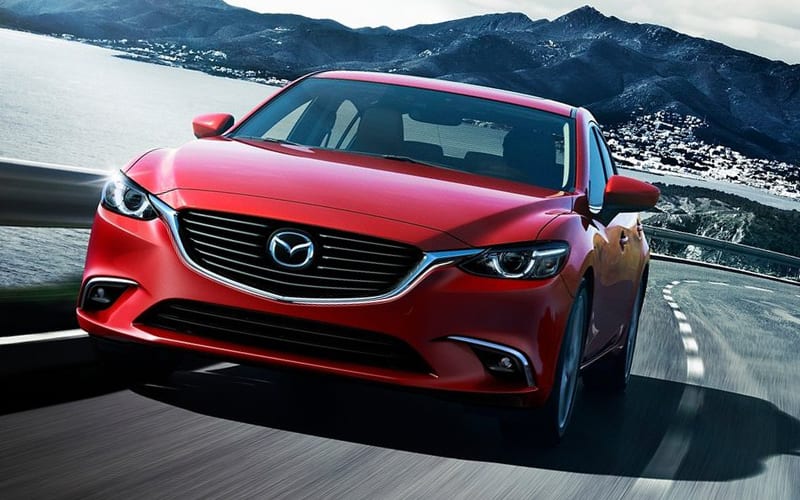