If you haven’t been paying attention to Mazda, it’s about time you start to do that. The Japanese manufacturer has had great success with their Mazda 6 in the midsize sedan market and is now aiming to go a step further and expand on that success with a Mazda 6 Coupe. If the standard Mazda 6 sedan is anything to go by, then competitors in the midsize segment will have plenty to worry about when the new 2017 Mazda 6 Coupe launches.

First, there’s the Mazda 6’s reputation and reliability. Part of why the car was so successful was simply because it was a Mazda. Not a lot can go wrong with it and even if it does, you can have it covered by the company and it will probably get fixed in the shortest time possible. Then, there are the futuristic looks. While everyone, especially the Germans, are staying conservative when it comes to the looks, Mazda has been innovating with their KODO, Soul of Motion design language. 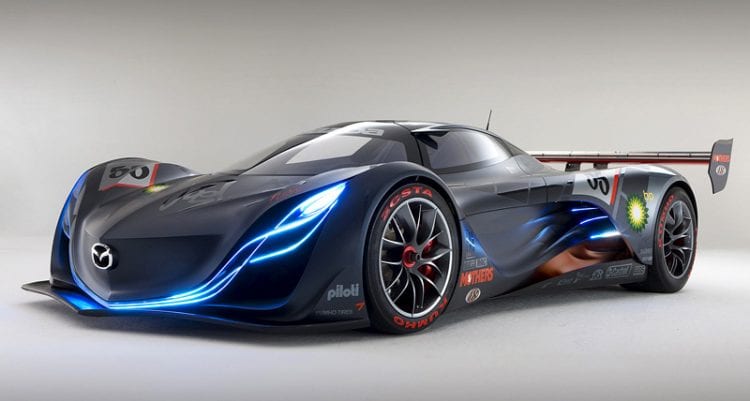 The company’s design vision was first showcased on the Mazda Furai concept, a spectacular car which sadly burned due to some technical issues. The closest competitor to the Mazda 6 has always been the Mondeo (Fusion in the U.S.). And we mean that both regarding price and looks.

The German cars are far more expensive to compare them here, and they also look much more standard. Just compare them to previous iterations of the same model and you’ll see where I’m going with this. The Mondeo and Mazda 6 have been innovating and are probably the two best looking midsize sedans currently available on the market. 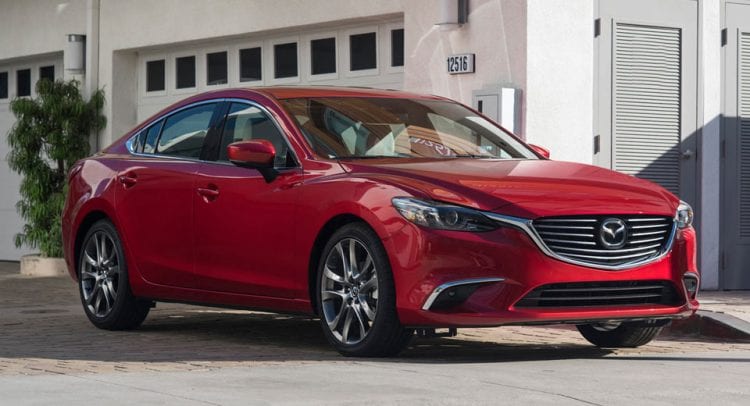 Now here’s where it gets interesting. Should Mazda build the 6 Coupe, it will be in a little niche segment of its own. It will be a class above the Mondeo (there’s no Mondeo Coupe anyway), but price and stats wise a cut below the German offerings and the stuff from Lexus and Infiniti (the Japanese).

So in theory, it should have its own little segment until someone decides to enter it with an offering of their own. Considering the first Mazda 6 was sold in 66,100 units in the first year of production alone, 2003, and in 57,800 in 2015, that’s not a bad achievement. The guys over at Mazda were very pleased with those figures, which is probably why they’ve decided to go down this risky route of a sedan-coupe vehicle.

The Mazda 6 was never a bad looking car, to begin with, but once you see the Mazda 6 Coupe renderings and concept, you’ll be shocked by how amazing it looks. We can’t describe what a beautiful looking car this is. The overall theme of the car blends smooth, flowing lines with sharp angles beautifully.

The actual lines running throughout the car are flowing and almost wave like, but then you get to parts like the headlights, taillights and bottom fascia’s, and you’re surprised by how different the lines get. It doesn’t look out of place, however. In terms of styling, it’s all incorporated seamlessly. Words can’t describe what it looks like, so feel free to take a look at the pictures and make your mind up for yourself. 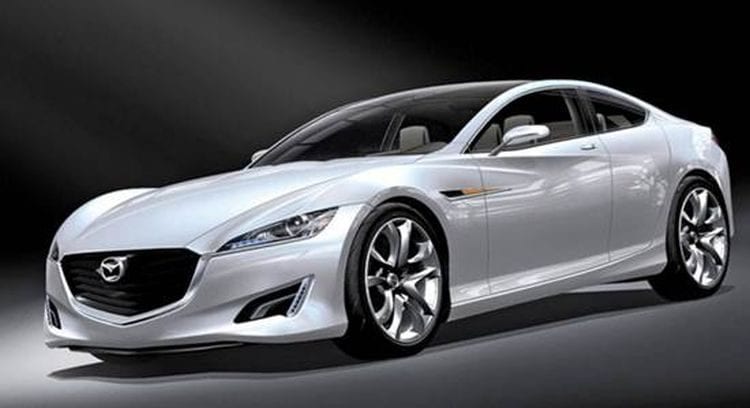 There are small front wings at the side of the bottom front fascia, with a large splitter-like looking shape in the middle. The grille has a chrome outline and the headlights give off a 3D impression (furthermore they use LED technology). There will be as much as nine new colors for the exterior of the Mazda 6 Coupe as well as different alloy wheels which will be brand new and unique to the Mazda 6 Coupe and no other car. Sizes might vary from 17 to 19 inches. Looking at these plans, we think that there will be enough of unique features to differ this version over the standard model significantly.

Expect the inside to be similar to the current Mazda 6. This means lots of great, high-quality materials everywhere and a superb fit and finish. If there’s one area in the interior where the Mazda absolutely stomps the Ford, it is fit and finish. The Ford is already great, to begin with, but the Mazda takes it to an entirely new level.

You get the impression that everything will last for tens of years to come. If there’s one area where it could be lacking, however, it might be in the infotainment setup. Ford’s new Sync 3 is excellent at the moment, and it is one of the best systems in midsize cars at the time of the writing of this article. 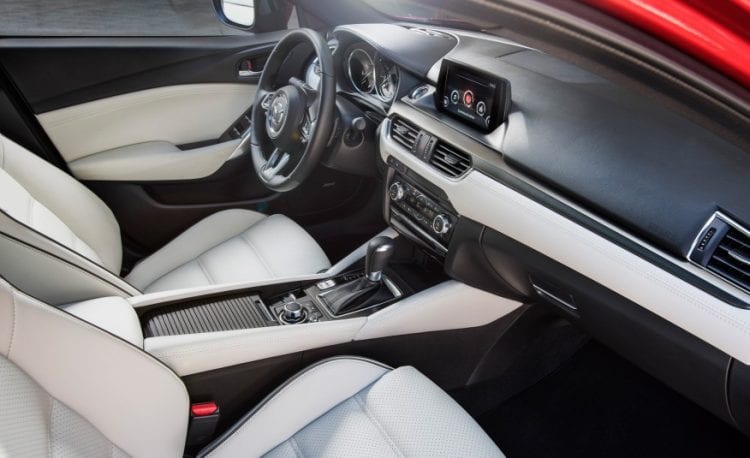 Still, it’s not like the Mazda 6 will be lacking anything. It will most likely have a high-quality Bose audio system with phone and Bluetooth connectivity, have the capabilities to play CD’s and MP3’s, and it will be displayed on a decently sized screen (6 or so inches). Comfort levels are at an all-time high with the current model, and we expect no changes for the Coupe should it get built. The Mazda 6 is one of the best long distance cruisers, so it’s only logical for a car which will be based on it to be the same thing.

This is not all. Since Coupe needs to be slightly better in performances and on-road capabilities, we expect upgraded suspension, but we are not sure how will this affect ride quality.

Under the hood, the most likely option which will be fitted is a 2.5-liter SkyActiv unit. The current one develops 184 horsepower and 185 lb-ft of torque. Although that doesn’t seem like plenty, it is capable of moving sedan version at a reasonable speed. Knowing the current Ford sedan equivalent has a hybrid model in the lineup, it could be great to see Mazda 6 Coupe in hybrid form too. 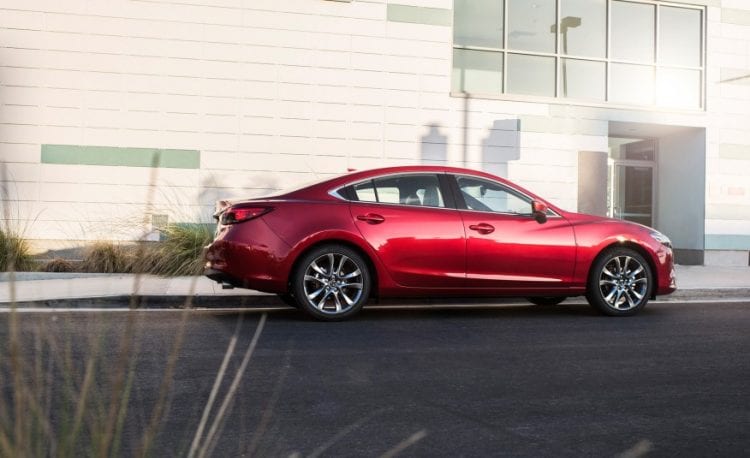 All models should have start/stop system, and although power will be sent to the front wheels only, you should have the possibility of choosing for an all-wheel drive system which will distribute the power evenly across all four wheels.

The new Mazda 6 sedan will be launched later this year at around $21,945, but we don’t even know if the Mazda 6 Coupe will get built. If it does, expect the price to go up slightly but not by much as Japanese company wants to give it a good chance for success placing it almost in a category of its own.

Here’s the video of 2017 Mazda 6 which is fantastic. Can you only imagine how fantastic 2017 Mazda 6 Coupe will be? We just have to wait and see.