The Mazda 3 is a small family car which is available either as a sedan or as a hatchback. No matter the body style, the car is based on the same SkyActiv platform which employs heavy use of aluminum and high-strength steel. The end result is a much lighter, and more capable, car than what the competition offers and which manages to keep strong sales throughout the year despite being down on power. In order to keep it at the top, they decided to give it a mid-life facelift with the 2017 Mazda 3. The update comes with a revised look and slight changes inside the cabin. 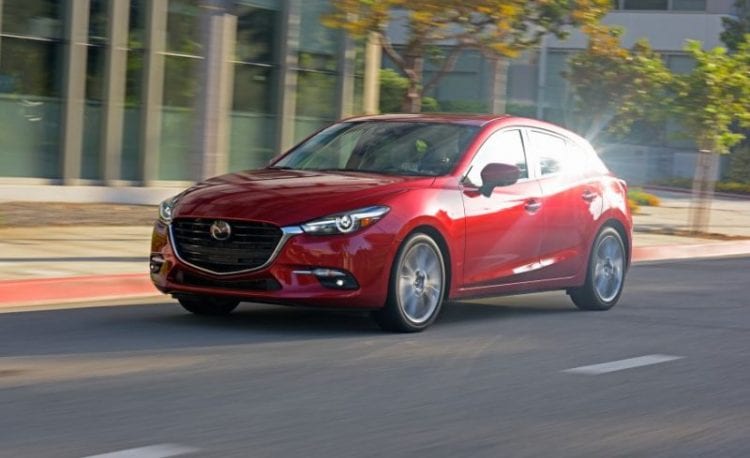 Even though there aren’t any major changes done to the car, the new 3 is still a better choice than many others. For starters, it is offered at just over $18,000 which is a really good purchase price. There are some cheaper competitors out there, but the 3 is a better-equipped model. On top of that, thanks to its highly capable chassis, this vehicle is also noticeably better to drive. There is hardly any body roll on the car, and the rather slim wheels make for the perfect companion despite their size. There is a small drawback, though. People not looking to have fun while driving it might be overwhelmed by how much information the steering wheel and seats give the driver. The 2017 Mazda 3 will become available for sale in the upcoming months in the US, but it is already available in the other parts of the World. 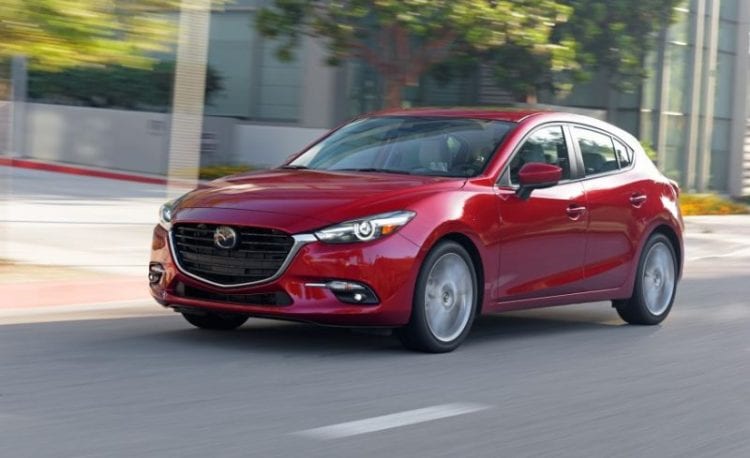 Let’s first take a look at the changes that were made to the two body styles and then move to the specifics. The two cars received a new set of headlights with LED case as well as a new grille. The end result is a car that looks a lot more like the larger 6 model which is not exactly a bad thing since it is one of the best-looking sedans in the segment. The back, on the other hand, has been only slightly revised. Both versions get new tail lights, but that’s about it. New colors are available across the range while some of the models can be had with new wheels options. 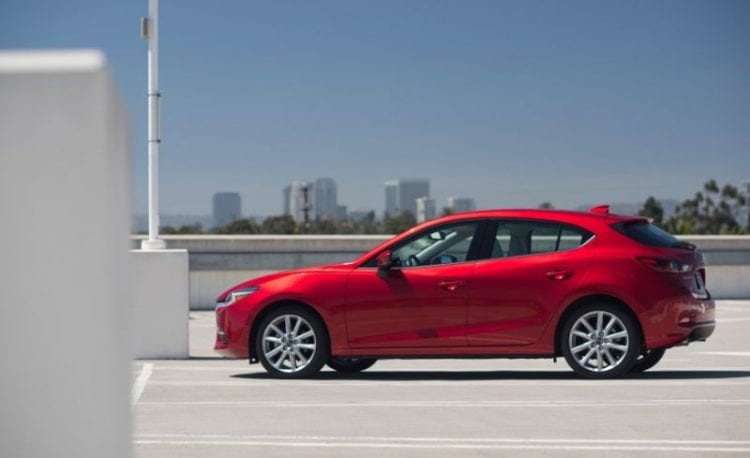 Inside the cabin, both of these received quite a bit of attention as well. For starters, there is a new color heads-up display available across the range. This will provide all the needed information without being too intrusive allowing the driver to see most important things like speed without the need to look down. On top of that, a new infotainment system will also be added to the range as well as a bunch of safety features. These should include frontal collision warning, a better adaptive cruise control system as well as a unique steering system. This will vary the ratio of the steering column at different speeds, so it should make for an even better driving experience than before. 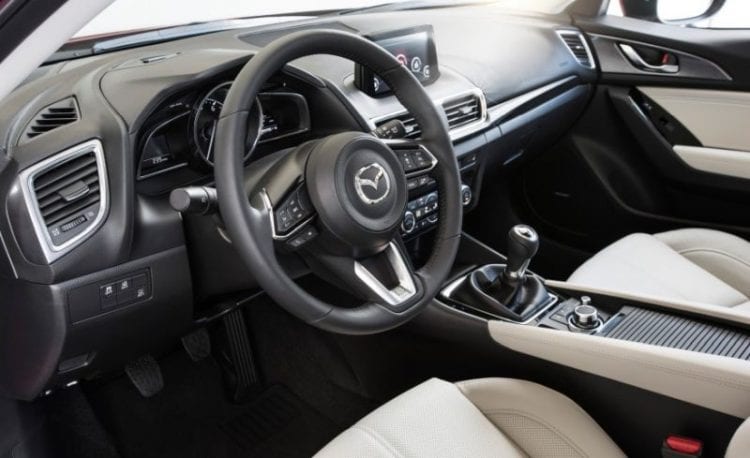 Under the hood of new Mazda 3

Unfortunately, there is no turbocharged engine for the new 2017 Mazda 3. Instead, the car still comes with the same two engines as before. The base model gets a 2.0-liter naturally aspirated mill good for 155 horsepower and 150 lb-ft of torque. The option remains the 2.5-liter engine which is good for 184 horsepower and 185 lb-ft of torque. Both of them can be had either with the six-speed manual or with the optional automatic. The manual offers a great clutch feel and a crisp gear change while the automatic is both smooth and fast. In any case, the 3 will return more than 30 MPG on average in any case which makes it one of the most economical cars in its class. We did hope for it to receive a new 2.0-liter turbocharged engine but this didn’t happen. With this upgrade, it would be a really hot model as it could offer 250 or even more horsepower. Some rumors stated that a future MazdaSpeed version would get something like this but until then the 3 will have to do with its basic two units. 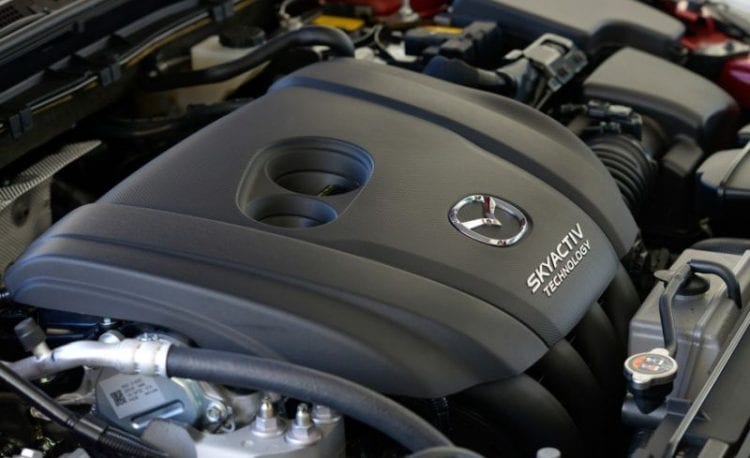