When Mazda tried to offer their view of a small city car, it relied heavily on Ford. Through the 90’s it offered rebadged versions of Fiesta, while also its mini-MPV version Demio was pretty much identical and only rebadged vehicle. Demio was renamed as 2 model in some markets in 2002, while it remained as a boxy little minivan.

Finally, in 2007 Mazda 2 became classic shaped city car, not MPV anymore, while some years ago rebadging of Fiestas and 121 model were phased out. Besides it shared the platform with Fiesta, it was visually totally different and proper offer from Japanese. The current generation was introduced in 2014, it used a variation of the CX-5 model platform, so all links to Ford were severed. After three years it is time for a mid-life refresh, and 2017 Mazda 2 is in front of us.

At first, stop looking for any, as they are minimal as they can get. Only new thing is chrome accents near the fog lights, and that would conclude a story about exterior changes. Mazda declared that model 2 is well received by buyers and they would rather leave it that way, at least in a visual sense. 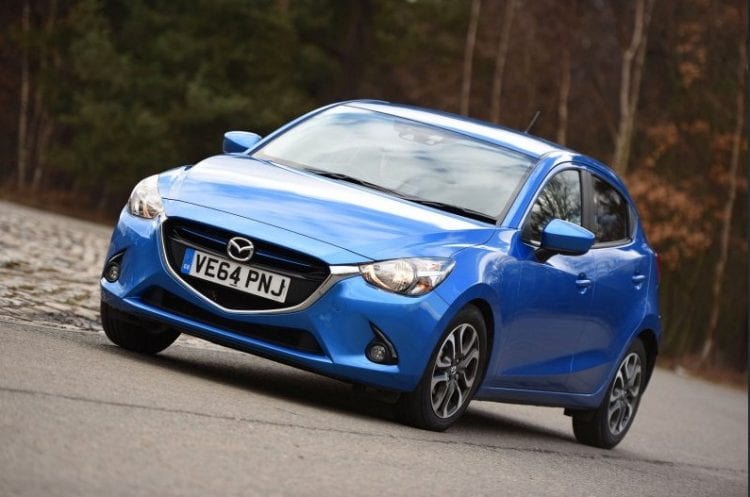 And they are right, as, besides cuteness, that existed with the previous generation, this one brought elegance to the mixture, which is rare for the car of this size. The Japanese carmaker somehow managed to squeeze those “Kodo” passionate lines in smallest package and result is good, so we will let them off the hook for not doing more this time.

The cabin is absolutely unchanged and note that it is among the best interiors in its class. Used materials and especially the build quality are way above class average, as Mazda tries to offer premium feel, and it succeeds. As premium products are usually smaller than mainstream ones, the same case will apply here. 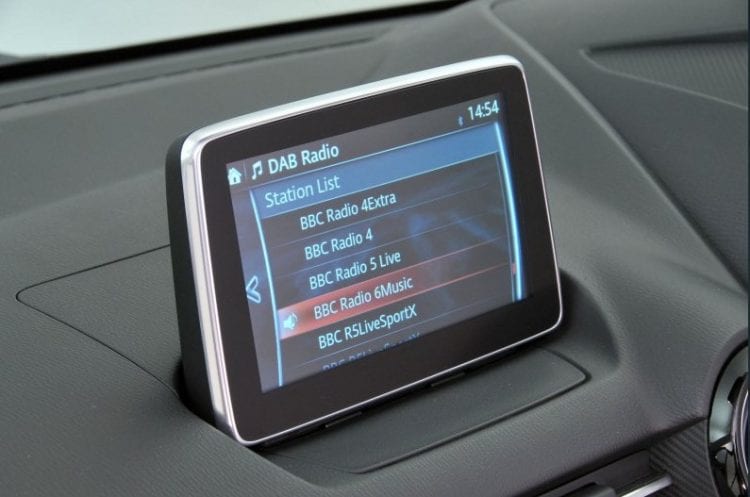 Many rivals offer better space figures especially at the back, but you may forget that, when confronted with quality, quietness, which is even improved with a new windshield, and even optional part-leather seats.

There is also nothing new here. Downsizing and turbocharging don’t count with Mazda, mainly because Skyactiv brings all the benefits without the need to shrink or forcibly fed things. For petrol offer you have 1.5-liter I4 with 105 hp, while diesel offer consists of one engine, 1.5-liter I4 with 75, 90 and 155 hp power outputs. In some markets, as in Thailand different powertrains are offered, still relying on previous model technology. There we have 1.3-liter petrol I4 delivering 93 hp and 1.6-liter diesel with 105 hp. All engines are refined and smooth, and fuel economy is at the top of the class.

IS THERE ANYTHING NEW?

Yes. There is one big novelty, and that would be the introduction of G-Vectoring for this model. We already became accustomed that latest Mazda models were good to drive, while this model was no exception as it offered one of the best driving pleasures, quite rare in its class. With G-Vectoring things are even better, cornering is easier and more efficient, while the whole car is more stable.

Was this necessary for supermini? No. But it is a nice touch, besides the fact that this type of car is extremely rarely judged by its dynamic abilities. That would sum up our story of 2017 Mazda 2 refresh, so you have everything that was good before with a dash of new driving ability. With the price of around $12k in Europe, it’s not exactly cheap, but it does offer decent quality.