We don’t know if you remember, but we covered the story about Lotus Exige 350 to check out where it stands in British lineup. Lotus is offering us Elise an incredibly ascetic and lightweight sports car with the interior in resemblance to go-kart vehicles. Then we have Exige which is even more ascetic and than we have total craziness as Exige Sport 350 model from two years ago. It was lightest Exige in history and methods of achieving immensely Spartan effect were bordering lunacy. Let’s just mention that plastic letters on the outside were replaced by stickers! We weren’t settled with the fact where 350 model went from already hardcore Exige, and now we should grasp the fact that Lotus went further just one year after it? How much further? Was there anything left to strip? Apparently, there was, as you will see in the case of 2017 Lotus Exige Sport 380.

Guess what? They found what to attack. You don’t have quad lights at the back anymore, double ones with just small reversing lights. Result? 0.6 pounds less. 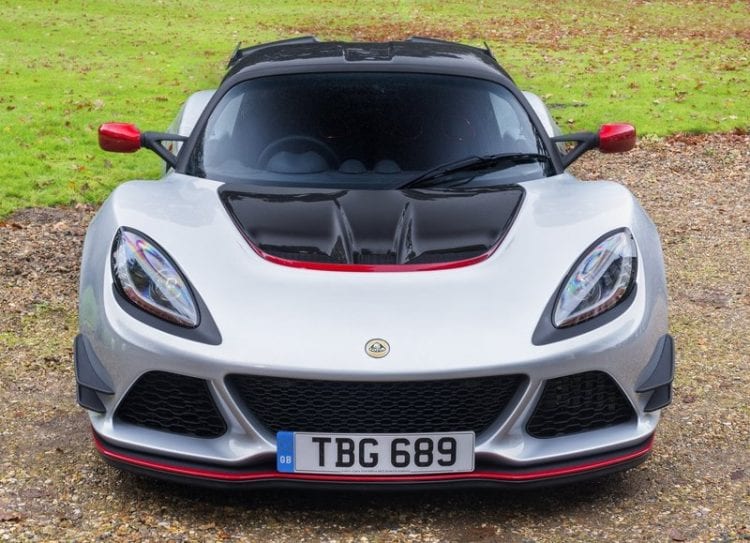 IT’S NOT ALL ABOUT LESS

Yes, there is something that you’ll get more. You get the same 3.5-liter V6 from 350 model, but new supercharger pulley, new fuel pump, retuned ECU, and unique exhaust is taken from Evora model. The final result is 375 hp and 302 pound-feet of twist. That’s 30 hp more, enough, with mentioned weight cuts, to lower acceleration time by two-tenths to 3.5 seconds, while top speed rise from 170 to 178 mph. 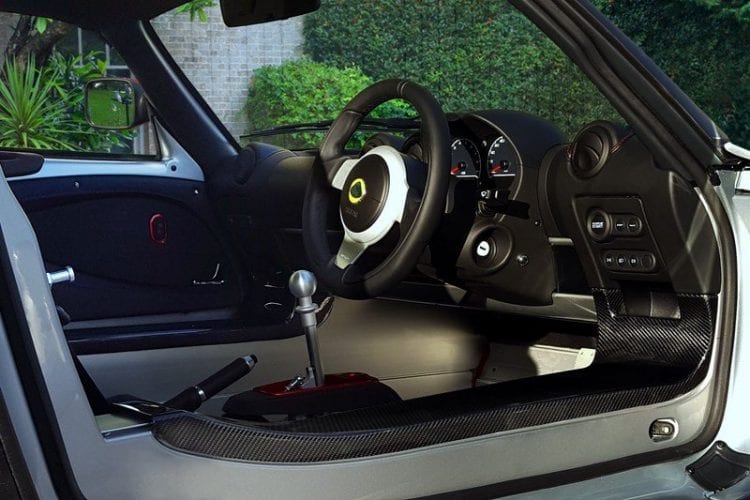 That’s not all, as the 6-speed manual is tuned for quicker shifts and we have a new oil cooler for hardcore track use. You also have 6-speed automatic which does feature full auto mode, but what’s the purpose since it is all about driving engagement here, well, you don’t have assisted steering.

Yes, there is more of “opposites of less.” You’ll get carbon fiber gills on the front bumper, air blades at the rear, revised front splitter and different wing all resulting in immense downforce at top speed. To be precise, 309 pounds of downforce, 60 percent more from 350 model and even quite more than Cayman GT4. And now most curious part. You’ll get more looks! 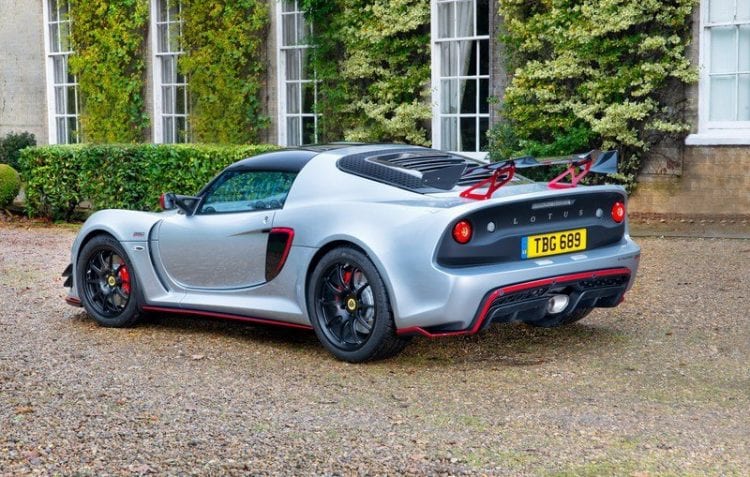 Besides, it is all about more power, less weight, more hardcore. A bunch of red accents all over the car, optional carbon fiber roof, and rear window cover, widened headlights black surrounding, all make this thing quite a looker. You even have four options of interior contrast-colored accents, while contrast stitching is there in any case. This is a funny thing to say, but if you are for visual appeal, this one has most of it in Exige lineup, opposite to initial concept.

2017 Lotus Exige Sport 380 is ₤68,000 ($82.5k) in the UK, and it comes as coupe or convertible. First of all, there is nothing remarkably close its price range and has a roof, that is going to make that good lap times on any track in the world, period! This thing is just for track, so everything about the comfort is nonessential and doesn’t go into the calculation. But the thing is that 380 is by ₤12k ($14.5k) more than 350, and that is a figure you’ll agree. Still, we all know it was going to be faster, and it is, and not just slightly. And get this, you get much better looks! That would seal the deal, we’de guess.