We recently wrote about special Lotus models and British way to strip things that seem “unstripable.” First, we all though that there is not much else to deduct from Exige and British came with 350 model or lightest Exige in history. We hardly had time to comprehend that, and even lighter 380 model arrived. Anybody with any amount of racing blood in its veins will realize how glorious Lotus offer is. Acceleration time is not in the realm of hypercars, but cornering behavior is, and it is yours for a mere fraction of their price. Yes, it is a mere fraction of Pagani’s price, but still, what if ₤57k ($71k) for 350 model, let alone ₤68,000 ($82.5k) for 380 is a bit too much, for something that doesn’t have climate control or regular door panels. In that case, 2017 Lotus Elise Sprint might help.

It is the thing for people who wants something unique from Lotus, but also do respect their hard earned money. Elise is just a regular model, while Sprint is a special edition, and you do want to be special, but don’t want two spent two Elises for one Exige 350 model. 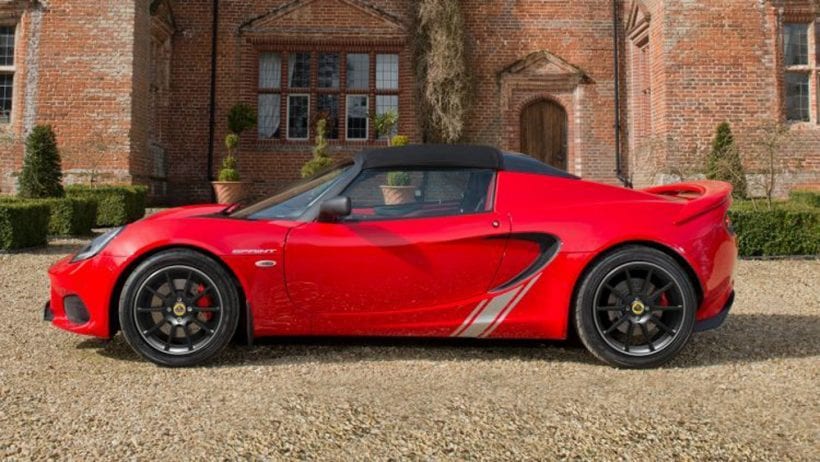 Sprint addition can be added to regular base Elise Sport model or more robust Elise Sport 220 model. So, you add five grand (British ones), and for ₤37,300 ($46.3k) you get plenty of everything to distinguish you from “boring” regular version. Sprint 220 model asks the same amount of cash supplement, and price stops at £44,300 ($55k).

First of all, Elise is by itself redesigned for 2017. At the front we now have a brand new bumper with much larger air intakes, significantly boosting sporty appearance, along with more black treatment for the hood. At the rear, more aggressive diffuser with one large exhaust tip instead of two smaller ones, deck lid spoiler and black inserts, and double tail lights with little reverse ones instead of previous quad configuration. Anyway, new Elise is brought up to date, and it appears more racing oriented visually. In the case of Sprint model, you’ll get the lettering on the side, followed with racing stripes, carbon fiber inserts for hood and tail depending on the model, and specific one-spoke alloys, instead of double-spoke ones on the regular model.

If you opt for Sprint edition, you’ll get more exclusive stuff here. You have the different choices for the coloring of inserts on the seats, gearbox and air conditioning, and you can opt for Alcantara upholstery with contrast stitching. 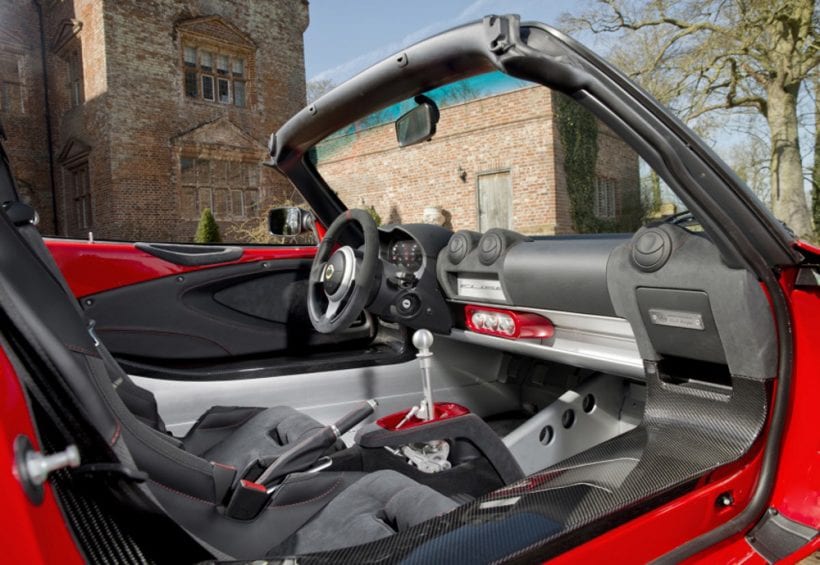 Every Elise now comes with “ultra cool” open surrounding of the gearbox, so you can actually see the whole mechanism in work as in, just, for example, Pagani Huayra.

Basically, this is what Sprint edition is about and why you want it. Power output stays the same, and regular Sport model comes with 1.6-liter naturally aspirated L4 and 134 hp, while Sport 220 model comes with 1.8-liter supercharged L4 delivering 217 hp. The regular model takes 6.0 seconds to 60 mph, while 220 model takes 4.1 seconds. Sprint edition lowers the weight by utilizing more carbon fiber around the body, along with a polycarbonate rear windscreen and two-piece brake discs, which is all enough to shave one-tenth from acceleration time in case of both models.

2017 Lotus Elise Sprint asks moderately to stretch your wallet a bit more, but it gives slightly more nimbleness, slightly better acceleration time, fancy racing stripes, alloys and carbon inserts, and much cooler interior with available options. Five additional British thousands are far from nothing, but this is one of the cheapest ways to have your “special” Lotus.