The Lincoln MKC is now in its second year after the 2016 complete overhaul. So naturally we didn’t expect a lot of changes to be made but even, so we did get them. Now there’s a Sync 3 infotainment system as standard and the MKC gains smartphone integration, both for Apple CarPlay and Android Auto. A power liftgate is also added and so is an automatic brake hold feature. This just further enhances the already long list of standard options available on the Lincoln MKC making it even more interesting luxury crossover entry.

It’s easy to say the MKC is just a fancier and more luxurious Ford Escape, but it’s so much more than that. This isn’t just a restyled Escape, and Lincoln has gone to great lengths to make sure it’s as different as it can be. It doesn’t look anything like the corporate twin from Ford, and it’s very different to drive and just to sit in even. 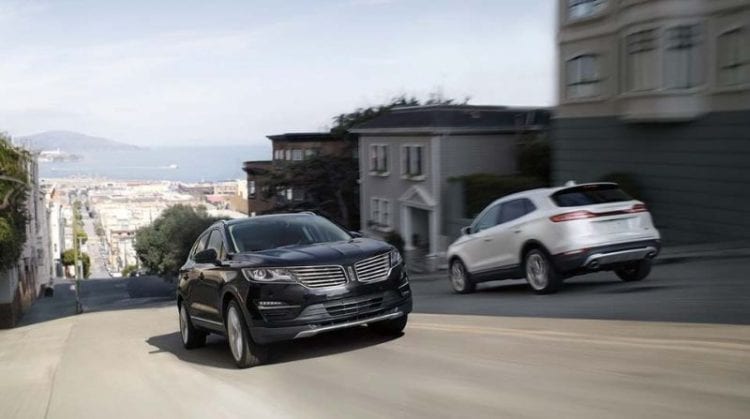 To start off let’s take a lot at the trim levels available. The MKC is a five-seater compact luxury SUV which is available in four different trims: the Premiere, Select, Reserve and of course the top of the line Black Label. 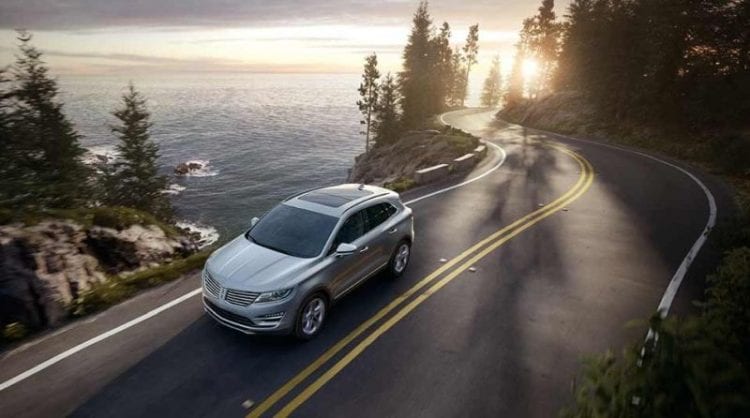 The Select trim adds auto-dimming and folding mirrors, a passenger seat which is eight-way power adjustable, a steering wheel that is power adjustable as well, interior ambient light and much nicer leather for the seats and the steering wheel. The available options are a panoramic sunroof and the great Select Plus package which adds a navigation system as well as a blind-spot warning.

The Reserve has virtually all of the functions available on the Select plus a few other additions. Features such as hands-free power liftgate, front seats with ventilation and a modem present onboard in charge of the remote functions. You can also specify it with 19 or even 20-inch alloy wheels.

The flagship MKC Black Label gets everything the Reserve has plus a multimode adaptive suspension, the best leather upholstery Lincoln was able to find, extended leather trim (bringing more leather on more surfaces), a simulated suede headliner, special color choices and a different exterior as well as interior trim.

There are also few optional features that add more options, and one of those is the Technology pack. It’s only available for the Reserve and the Black Label. It adds adaptive cruise control, lane-keep assist and forward collision and mitigation. If you’re after the safest MKC, this is the right package for you. 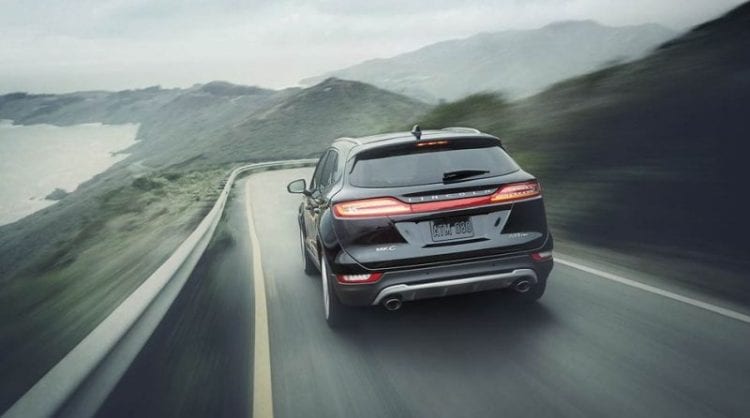 The first thing that you notice once you get inside of the MKC is the shifter or better say the lack of traditional one. They’ve optioned to eliminate it and replace it with buttons instead. So the buttons for the transmission are now located on the vertical stack just to the left of the touchscreen, which Lincoln claims has opened up a lot of room for even more features. We certainly can’t argue with that, but the lack of any lever might be a bit annoying at times. Not only will you get easily confused at first, but even after getting used to it it’s just weird seeing a car without a gear lever. Ultimately it won’t be that big of a deal, but we can’t say we’re massive fans of it. It’s clumsier and not necessary in our opinion. 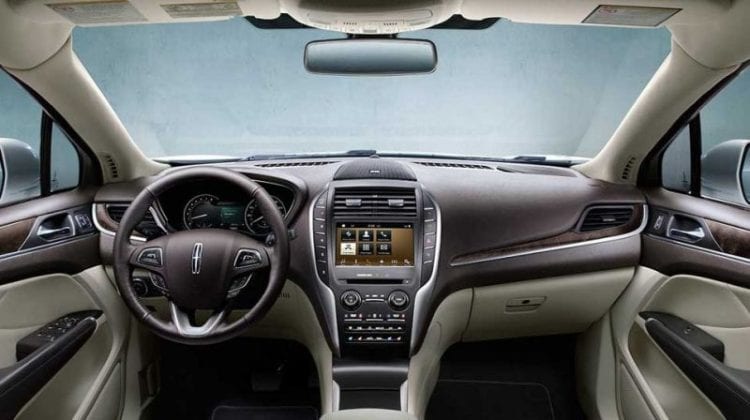 The materials used in the MKC are of high-quality, but they ultimately aren’t as good as anything present on Audi, Mercedes or BMW for instance. Then again, price does dictate this as we can get MKC at a bit lower price than German competitors. The Sync 3 system is however greeted with wide open arms. This infotainment system can hold its own even against the great user-friendly software from BMW and Audi.

The biggest issue the MKC has is the lack of space. It’s got barely enough, but nowhere near the amount of space, its competitors are offering. The legroom in the back is amongst the lowest available in the segment and even the front seats struggle when someone taller has to sit there. The cargo capacity can’t rectify things either. The MKC offers just 25.2 cubic feet behind the second row, a number which increases to 53.1 cubic feet if you fold the rear seats down. Almost all of its competitors offer more here, even the RDX and the XC60 are better. 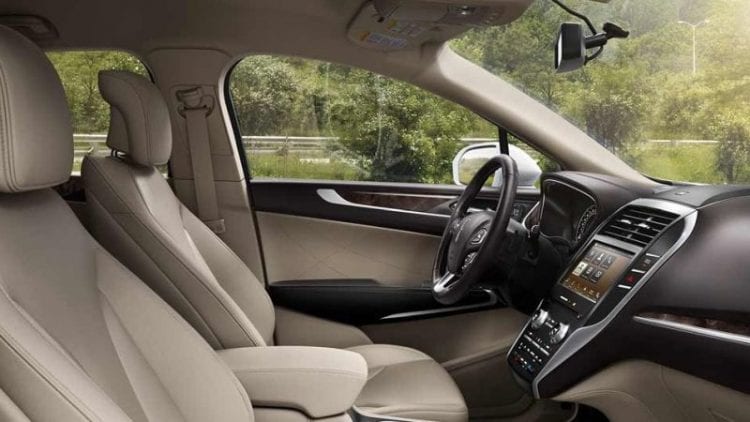 The MKC gets only one engine choice under the hood for a base trim. A turbocharged 2.0-liter four-cylinder is the only option if you don’t wish to spend more money. It develops 240 hp and 270 lb-ft of torque and manages to return 23 miles per gallon on the combined run and 21/28 mpg for the city and the highway respectively. Have in mind that those figures are based on the front-wheel drive MKC. Opt for the all-wheel drive MKC and you can expect 21 mpg on the combined cycle and 19/25 for the city/highway. Again, not the best in the segment by any means but at least those figures are average.

A 2.3-liter turbocharged four-cylinder is available as an option on almost all trims except the base Premier. It develops 285 horsepower and 305 pound-feet of torque. You can pair it only to a four-wheel drive system as the front-wheel drive is not an option with this engine. It manages 21 mpg on the combined run, an excellent result considering its power and as you can see it is identical to what we are getting from the smaller powerplant.

The 2.0 unit reaches 60 mph in 8.0 while the car equipped with more powerful engine takes just 7.2 seconds to reach the same speed. If you want sportiness and speed, the MKC is not the car for you; German competitors have a lot more to offer here. 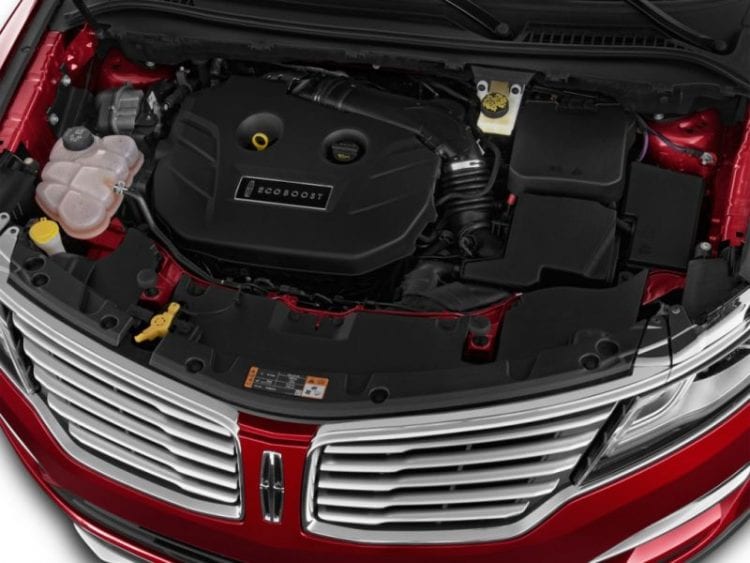