Lambo was in no hurry to replace Gallardo that was introduced in 2003. It was entry level model replacing Jalpa but after 15 years of void. Anyway, Gallardo turned out to be best selling model in Lambo history with over 14,000 units sold, and that might be the reason why it stuck on the market for a decade while nobody was criticizing it. In 2014 came Huracan, meaner, faster, prettier replacement, pumping 610 hp from a V10 engine and taking blistering 3.2 seconds to 60 mph.

If you want faster, feel free to purchase double priced Aventador, or just wait a little bit. Heavy camouflaged Huracan is burning the tarmac, and we have a sense that it is worth of waiting for, so what do we know today about what future 2017 Lamborghini Huracan Performante is going to be?

It will be definitely special, Performante name part draws that conclusion by itself. So, besides base LP-580 version boosting 580 horses and LP-610 model with, can you guess?, 610 hp from 5.2-liter naturally aspired V10, Performante is going to be the leader of the pack with probably around 20 to 40 more horses. 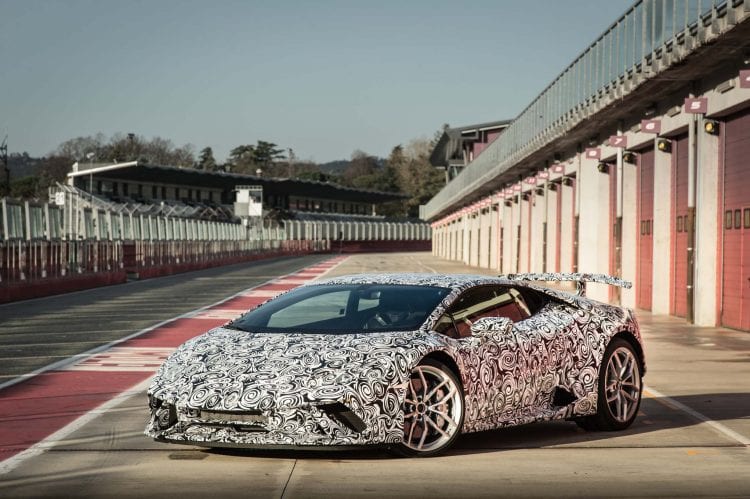 That is made possible by new intake and exhaust camshafts, a donation from Super Trofeo Huracan in the form of its air intake and a new exhaust system. Seven-speed dual-clutch automatic is going to shift even faster, so it will go even deeper below 3 seconds margin for acceleration time.

It will be different also. Despite heavy camouflage, front bumper is evidently revised, with added slats to increase menacing side of it, while rear follows the same idea, with repositioned exhaust pipes and huge wing, which is the most special part about it, as we will explain why a bit later. 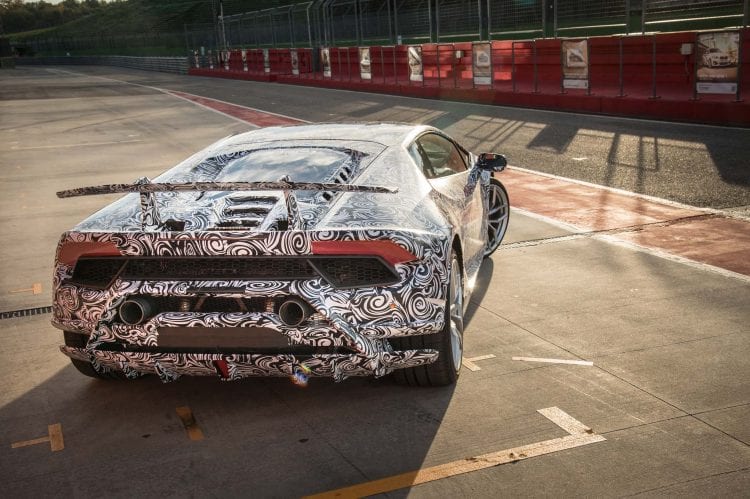 To recap about the visual side of it, we already can see that Performante is going to justify its unique status not just under the hood but on the skin too.

It will be lighter, dieting to 90 pounds less, part due to the new exhaust, part due to the more forged carbon around the body. Huracan was first Lambo with adjustable magnetic dampers, and since it was the first attempt from Italians, we could turn a blind eye, especially because the second attempt with Aventador SuperVeloce offered quite decent results, while our Performante is nothing short of perfect. 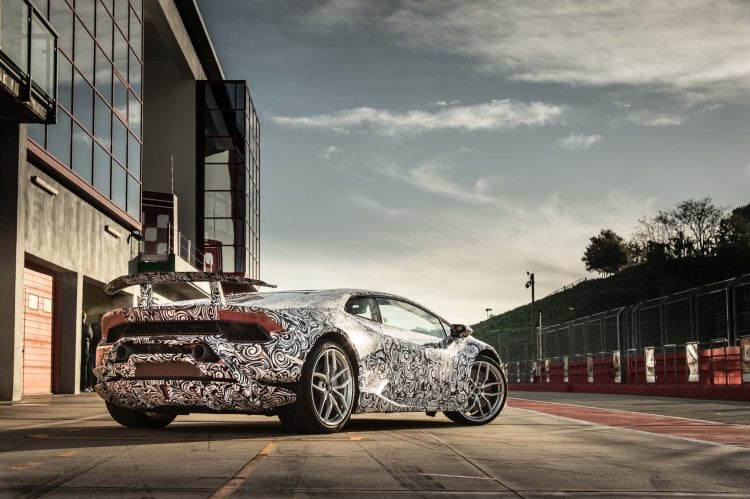 Suspension and all other things working with it are tweaked for more stiffness, along with revised steering, AWD, ABS and most importantly ESC which allows quite “more fun” now, or read that “more drifting” now.

Now we come to the main part, making this beast genius of engineering. That would be Aerodynamica Lamborghini Attiva or shortly ALA. Basically, we already saw movable tail wings, that could change position based on driving conditions, but they took a whole second to do it, which is a century in racing, and the whole mechanism was quite heavy, again not real-life heavy, rather in race sense. 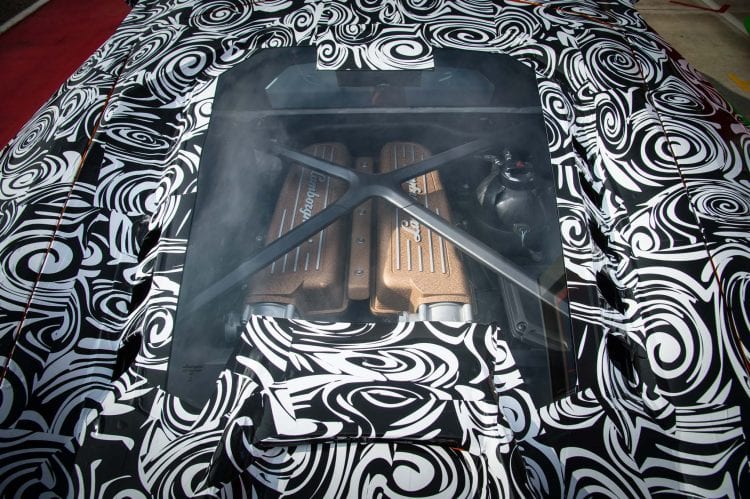 ALA features hollow wing, which means lighter than usual, and two flaps on it, operating in 0.2 seconds, which is far less than 1 second as you will agree, plus upon cornering, flap closer to corner closes, while opposite one opens significantly increasing drag and incredibly boosting your self-esteem.

WORTH OF DYING FOR

Saying that 2017 Lamborghini Huracan Performante is worth of waiting for is an understatement, so this subtitle suits it better. Why? Because Huracan is by itself so good that it makes the questionable existence of highly priced Aventador and for this Performante, there is a rumor that it might break big brother’s Nurburgring time in its SV edition, which hold silver medal right after gold Porsche 918 Spyder, and which is also rumored to be in jeopardy. Enough said.