Despite a recent decrease in oil prices, auto manufacturers are still doing their best to produce the most fuel-efficient vehicles and hybrids. It is certain that the price of gas will eventually increase again so we should prepare by exploring the new vehicles in the hybrid segment. 2017 Kia Niro is among the vehicles showed at the February’s Chicago Auto Show and is one of the most noticeable models right now because it combines something we could rarely see: crossover body and high hybrid efficiency. However, the list of innovations in this vehicle does not just end there and can surprise even the most demanding customers. Well, let’s get to know this Kia and what it can bring to the table.

With a starting price of $23,785 with destination, the new Kia Niro hybrid is expected to hit the showrooms by March. Five different trim levels will be available: FE, LX, EX, Launch Edition and Touring. If you want to own the most expensive of them, the starting price is $30,545.

The model will run on direct-injected 1.6-liter I4 and will use a 43-hp electric motor for a total of 146 horsepower combined. The Niro will have front-wheel-drive and a six-speed dual clutch transmission. We still do not know if the new model will come with all-wheel-drive. 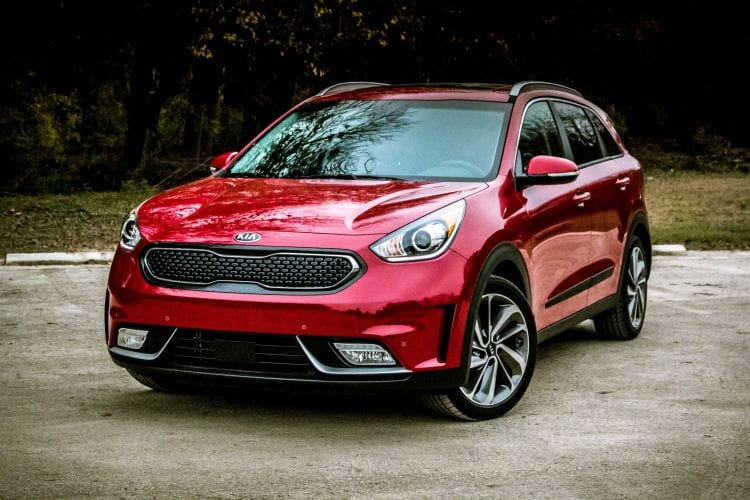 According to Kia, the FE trim will get 50 miles per gallon in total and will also feature 16-inch wheels, power seats and windows, keyless entry and both Apple CarPlay and Android Auto. In addition to the features of FE, the LX trim will also have push-button start, heated seats, LED daytime running lights fog lamps. Plus, it also includes more safety features like lane-change assist and blind-spot detection with rear cross-traffic alert.

Available only in snow white pearl along with aurora black pearl paint and 18-inch alloy wheels, only a limited number of the Launch Edition models will be offered, with the starting price of $28,895. This trim also includes 10-way power driver’s seat, touchscreen navigation, and premium audio.

Priced at $30,545, in addition to previously mentioned features from lower trim levels, the Touring will also have a sunroof, park assist, ventilated seats, premium audio and heated steering.

With all of these features and a great look, the subcompact Niro will be a worthy opponent to Toyota Prius, Ford C-Max, and other new crossover hybrids. The commercial for the new Niro is expected to be shown during the Super Bowl, and it features Melissa McCarthy, which is a recipe for great advertising and a good start for this vehicle.

Not just another hybrid

Kia has unveiled the concept of Niro more than three years ago in Frankfurt and had serious plans for this particular model. The Korean manufacturer has been planning to obtain a good position on the green cars market but was often overrun by others, including Toyota with its iconic Prius. As the result, the South Korean car maker has concentrated the efforts to create a new concept that would include the features of big SUVs and smaller sedans.

Finally, after a long time of designing, this year the situation on the hybrid market can change in favor on Kia because it releases its 2017 Niro, a vehicle that is something we have never seen before. According to company’s statement, the design of Niro is a big success in achieving one important goal: development of a vehicle that does not behave or look like a conventional hybrid car. With Niro, the Korean engineers plan to establish a brand new segment on the hybrid market by uniting the advantages of crossover body and hybrid efficiency. This new type of hybrids was nicknamed as HUV, or Hybrid Utility Vehicle; in other words, it is a small-sized green crossover.

For the design of Niro, Kia developed a new platform, which was rumored to be included in the future Hyundai Ioniq model. It features high-strength steel in critical areas including roof rails, thus creating a structure that is both lightweight and super strong. Low center of gravity and a lightweight structure contributes to satisfying handling and higher efficiency. The powertrain consists of Atkinson Cycle 1.6-liter engine with direct injection which is combined with a 32-kilowatt electric motor that is powered by 1.56 kilowatt-hour lithium-ion polymer battery. 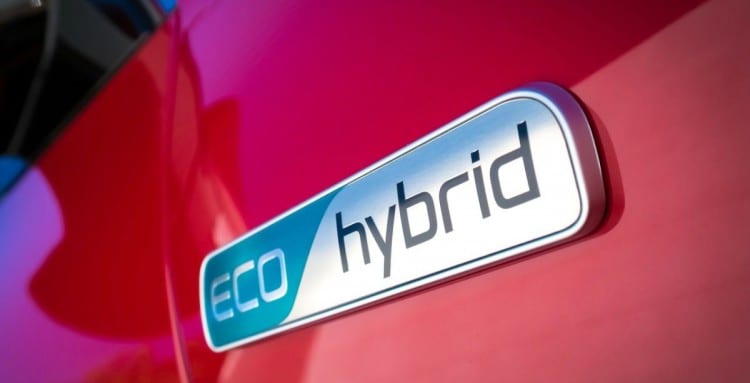 The battery is placed under the rear seats and because of its compact size, it does not jeopardize the amount of space inside the cabin. There are three driving modes and it can use electric motor only, a combination of these two or only a gasoline engine in case the battery is depleted. According to Kia, these two units are capable of producing 146 horsepower and while it does not sound so impressive it is still a decent number for a relatively small vehicle. Hybrid setup is combined with the six-speed dual clutch transmission that has been designed by Kia. 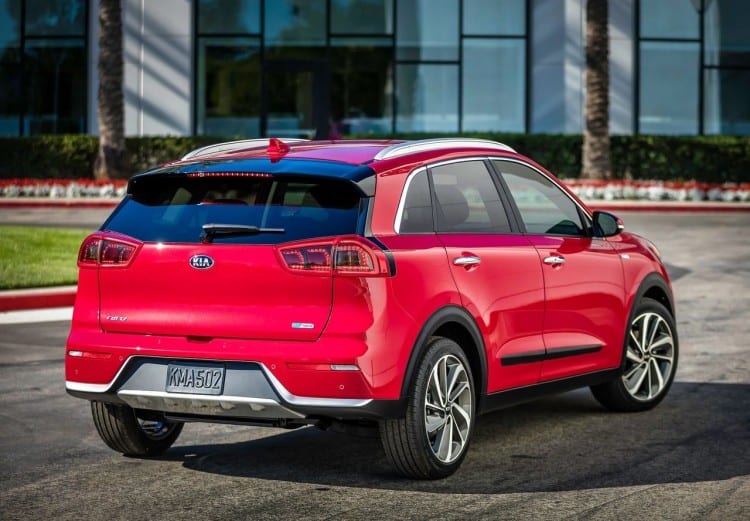 The problems associated with the most hybrid systems, such as noise and vibrations, were properly addressed by the designers. Particularly, this model uses specially-designed powertrain mounts and sound insulating foam under the floor’s carpet and equal-length driveshafts. As the result, the noise and vibrations are minimized to keep the high comfort level.

Comfort is the first word that comes to mind when assessing the Niro’s interior. The seats are positioned higher than in other Kia models to ensure easiness in accessing the controls and a good line of sight. Next, they are made of much denser materials that provide better support for long-distance trips and in corners that you decide to take on with slightly higher speeds than you should. To protect the driver and passengers from the noise, the designers used an acoustic windshield, stiffer suspension bushings and extensive amount of sound deadening materials around the body (let’s not forget that the engine is equipped with a special mounting system that lowers the noise, too). 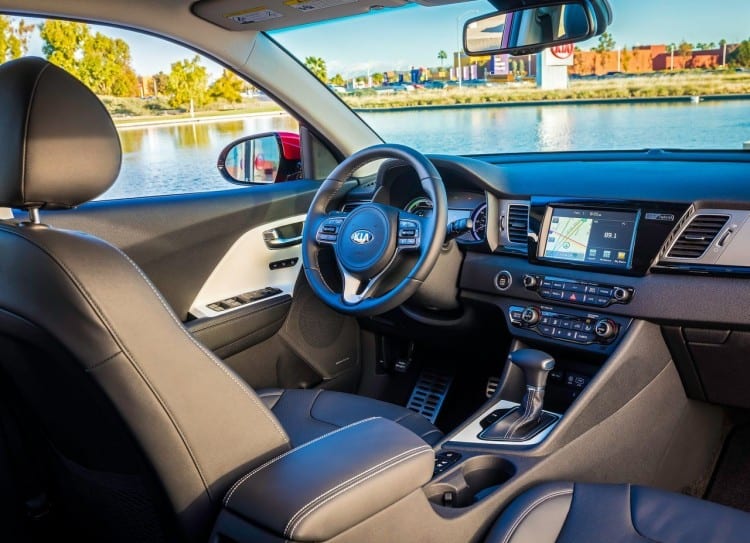 Niro comes with a great amount of room inside the cabin, which is achieved thankfully to the vehicle’s 106.3-inch wheelbase and body height. The cabin brings high-tech features but at the same time easy-to-follow elements, some of which were taken from the Soul model. However, Niro does not have the height and bluffness of Soul, though both models share roughly the same footprint. The straightforwardness of the design of interior elements is demonstrated by the glossy black and white accents, informative gauges and uncluttered instrument panel. Given that Niro has crossover proportions, the seats are placed higher to provide a comprehensive view of the road, which also is a feature of a wagon. The cabin and entire body are also pretty aerodynamic despite its utility shape (Kia’s site says the design decreased the drag coefficient to 0.29, which is the lowest value among any other SUVs and crossovers).

Niro has a number of driver assistance and convenience systems to ensure enjoyable driving experience. Specifically, it features Blind Spot monitoring unit, Lane change warning, Smart Climate Control, Autonomous Emergency Braking and Rear Cross Traffic alert system. Most of these technologies are featured in modern SUVs, which once again prove Kia’s effort to make something special for hybrid market. However, the list of high-tech stuff does not end there: Niro is also equipped with the redesigned and upgraded Eco-DAS, which stands for Driver Assistance System. 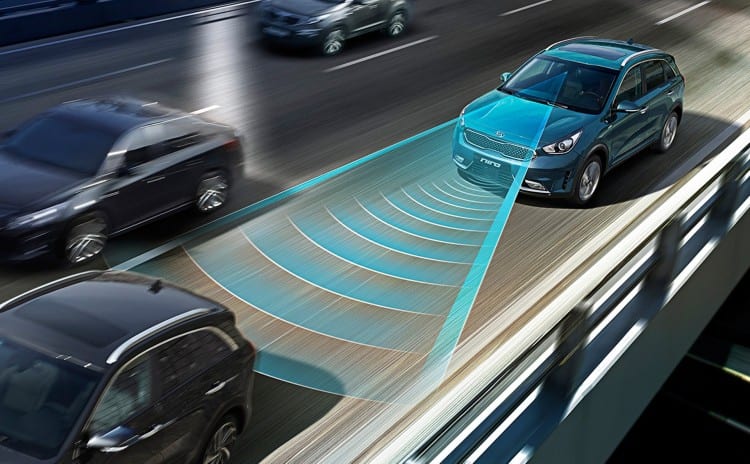 It provides some cool features like helping the driver to accelerate and break when needed to achieve the best fuel efficiency. Also, the system utilizes the navigation unit in order to predict topographic changes and determine the time for recharging the battery. Finally, the model will support the latest infotainment system with Android Auto and Apple CarPlay. With these features, Niro is perhaps one of the most advanced hybrid vehicles on the market right now.

Should we buy it?

Although the model will be available by the end of this year, the price for it is still to be determined. What is evident right now is the practicality and efficiency of Niro, which is added to the SUV-like features. Kia has a fair chance of establishing a new segment within the hybrid market with the Niro and generating high profits because the car is about innovations and performance, which is so loved by customers all around the world. Finally, in addition to Toyota and Prius, there will be one more company with a dedicated hybrid.