The 2016 Detroit Auto Show has unveiled Forte, a family of compact vehicles from Kia that has been well received before. It includes Kia Koup, Sedan and Forte5 hatchback which were known for their great technology payload, considerable interior space, and impressive performance. This time, the family is updated even more in terms of interior, exterior, mechanics and other features, so there is a lot to talk about. Kia states that Forte family will be known for its extroverted design, value-centric feature set and nimble driving personality, which sounds really interesting. Let’s see if we can agree with that. 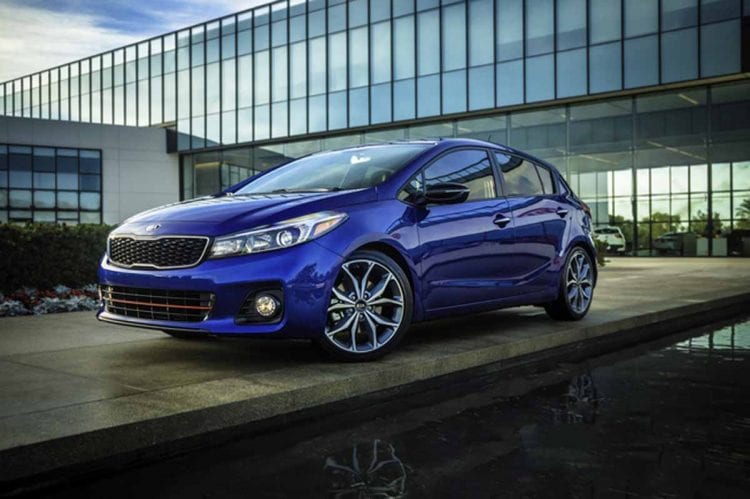 The official Kia website says that the new Forte5 is a versatile vehicle designed for adventure. Well, it’s certainly got an engine for it. The previous 1.8-liter version is gone, replaced with brand new ones. The first available trim, LX, is equipped with a 2.0-liter Atkinson engine that is mainly offered to improve fuel economy.

The same unit is also standard on the second trim, EX, while the third trim SX gets something different: a turbocharged 1.6-liter beast with a sport-tuned suspension and more than 200 horsepower at 4,500 rpm. These powertrains are combined with a 6-speed manual or second gen automatic transmission that also offers six speed but is improved over the previous version. 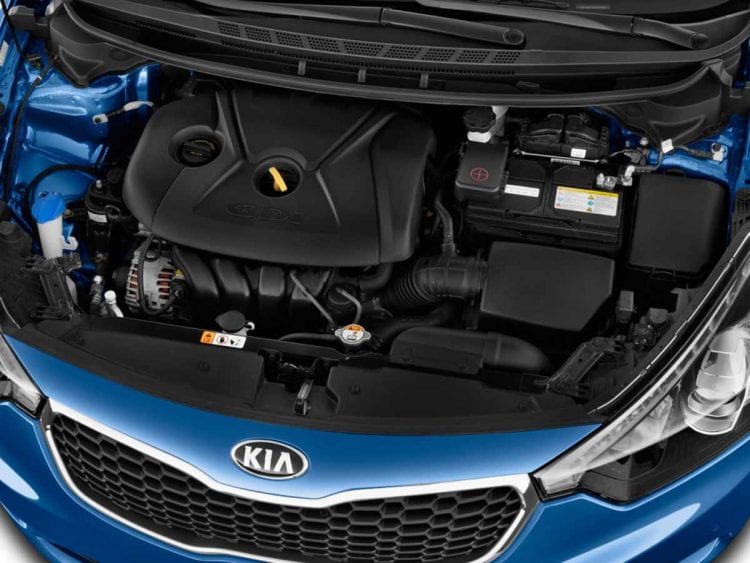 The Forte family also has a decent fuel economy statistics. Specifically, LX’s performance is estimated at 25/35 MPG (city/highway) and EX has identical performance. SX, however, has a lot more power which affected fuel economy measured at 21/29 MPG. If you want better performances you will need to pay it so you need to think about what you want from this car.

The exterior design of the hatchback version is pretty satisfying and comparable with other vehicles in the segment. It remains a five-door version and gets increased width and length and even more room for both front and rear seats, which certainly is good for long adventures. LED lights and edginess of the design makes the vehicle look pretty aggressive and modern. 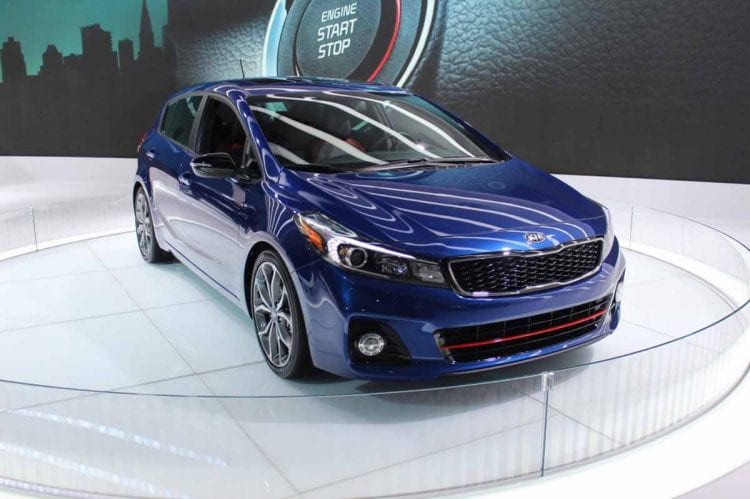 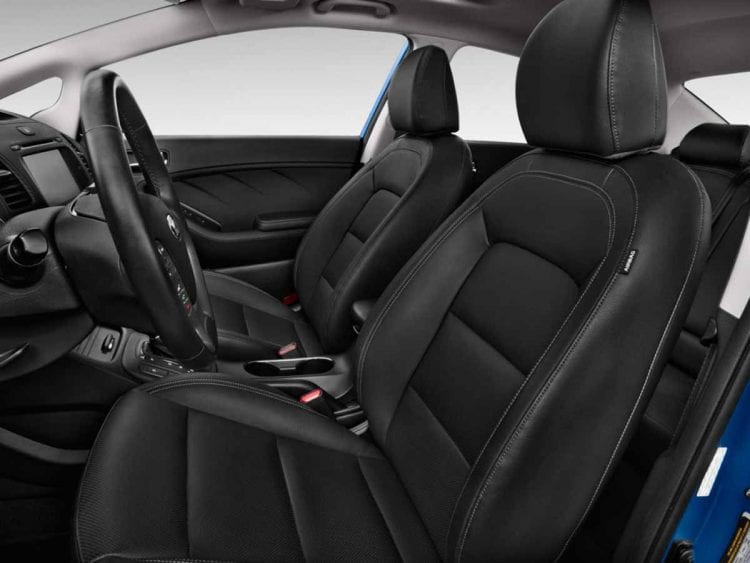 In addition to these features, this version of Forte gets an awesome set of interior functions, including a new Infotainment system featuring a 4.3-inch touchscreen audio display, hands-free Bluetooth connectivity, USB input and cruise control. The SX trim, however, gets upgraded even more and includes 7-inch color touch screen display. 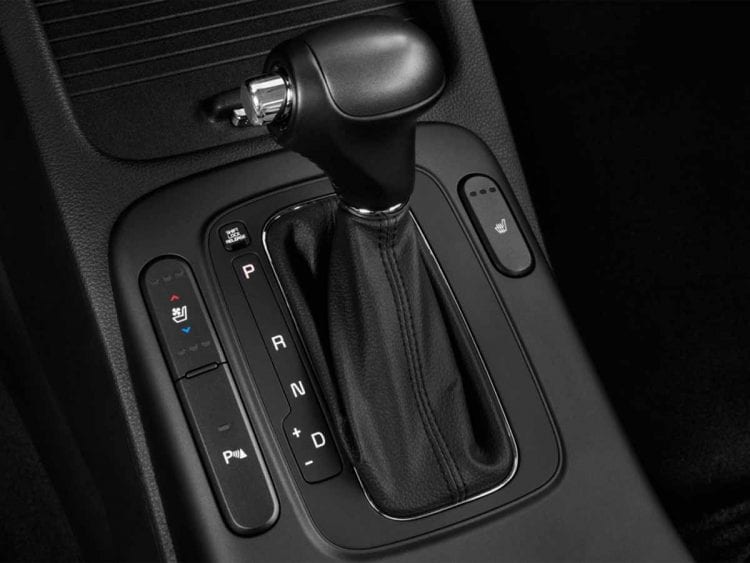 Another area that received a substantial revision is safety. Kia invested a lot of effort to keep the driver and passengers safe and provided an impressive set of functions, including brake assistant, hill start assist, traction control system, and front and side airbags. Kia also provides 16-inch steel wheels on LX, 17-inch and 18-inch alloy wheels for EX and SX trims respectively.

Forte5 Hatchback will arrive in the next few months. The starting price for it has not been finalized yet but the previous year’s LX and EX trims cost $18,090 and $20,390 respectively. A higher SX trim with a manual transmission cost $20,990 and the automatic transmission version increased the price for $1,000. A similar situation will be with the one we are waiting to see as Kia wants this vehicle to be competitive in this segment also.

The second version of the next generation Forte is a compact sedan with a long, low roofline and a new Kia grille. New grille feature upgraded highlights and the revised front end of the vehicle which clearly reminds the viewer about recently introduced 2016 Optima. 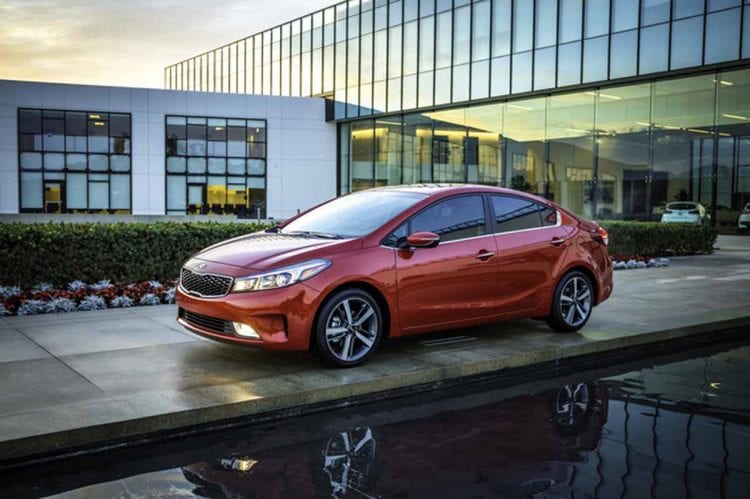 Specifically, Forte received an edgier fascia with a much bolder ‘tiger nose’ grille, subtle rear spoiler, and brand new headlights, daytime running LED lights, and LED tail lights. The exterior is added with a number of cool features, such as solar control glass, heated glass, and an optional power sunroof.

The sedan version will be available in two main trims, EX, and SX, and on top of that, we get an S-spec version designed as a sports model. The first respective trim, EX, will be equipped with a 2.0-liter GDI four-cylinder engine producing up to 173 horsepower at 6,500 rpm. SX, on the other hand, features a more powerful 1.6-liter unit capable of generating 201 horsepower thanks to its supercharger. 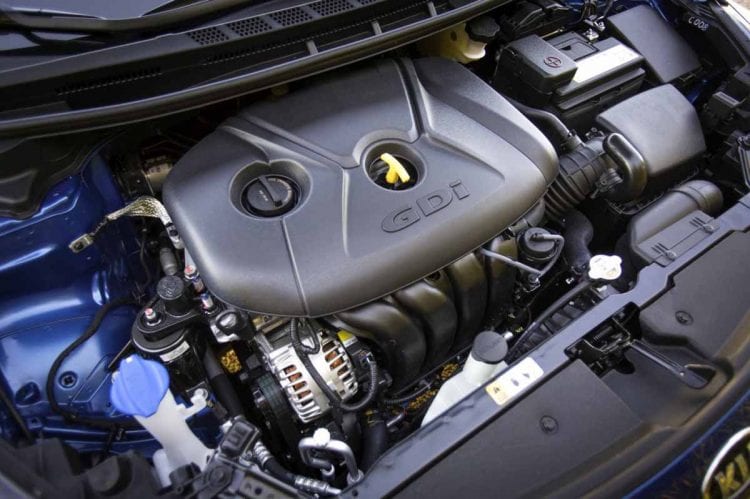 Sport trims S also get the same 2.0-liter unit but stands out thanks to the sport-tuned suspension. The engines are combined with two types of transmission, 6-speed manual on SX and 6-speed automatic on EX. The sedan’s fuel economy in EX trim was estimated at 25/34 MPG (city/highway) and SX was estimated at 22/30 MPG. Also, Kia provided three drive modes in the new model: Normal, Eco, and Sport, and they will affect the engine responsiveness and steering feel.

The cabin of the latest Forte received a number of updates, such as cloth seat coverings, new infotainment system featuring a 7-inch touch screen, and a payload of high-tech functions. For example, Kia engineers have upgraded the seats with a high-quality cloth and added heat feature. The driver’s seat is even more high-tech and is actually a 10-way power seat with –position memory, which is pretty cool. Also, the company claims to have used more innovative materials to make the cabin decently soundproof. 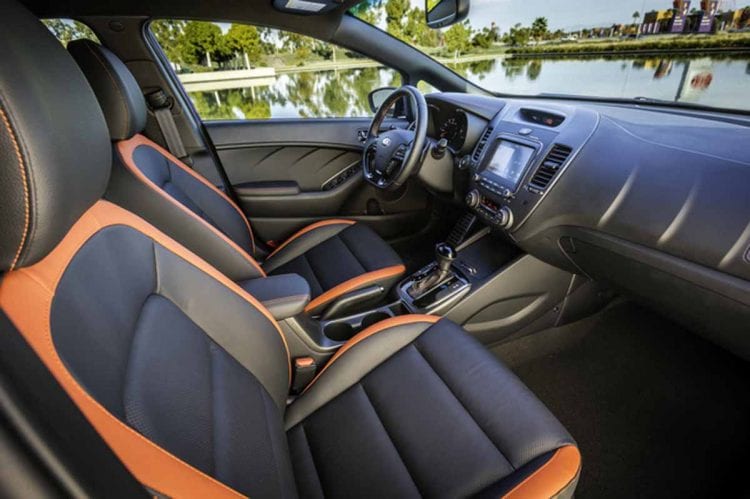 In the safety segment, 2017 Kia Forte sedan has gained a lot as well. The customers will be offered with optional front collision warning, autonomous emergency braking assist, lane keep assist, lane change warning, and blind spot detection system. This is more than enough and certainly more than you would expect at this price range and in this segment. 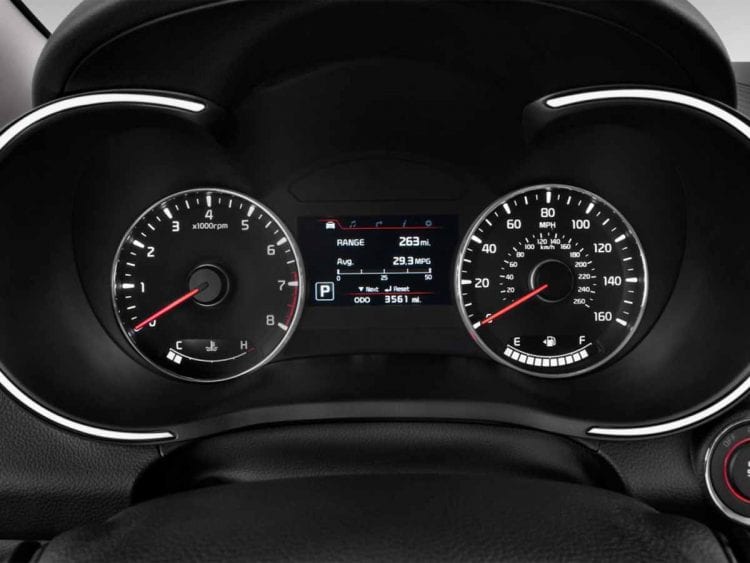 When it comes to price we are still waiting for official details. Currently, we can only speculate that everything will remain on a similar level like before and that the starting price will be about $16,000.

Although a lot of features and specifications have not been revealed yet, it is fair to expect that Forte will remain what it has always been, a compact sedan which has a lot of premium features and reasonable price. For the hatchback version, it is clear that it will come with similar upgrades like sedan allowing it to become one of the contenders for top spots on the market. It is apparent that previous generation of Forte was very well equipped, so the even better list of features is expected for the next generation. 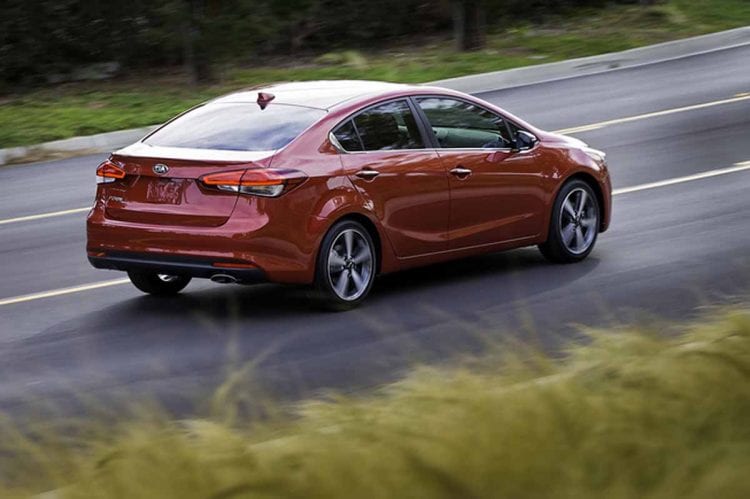 Having reviewed the new 2017 Kia Forte, we have to admit that we agree that it is designed to impress and lead to adventures. However, we will have to wait a little bit for it to hit the markets later this year (probably in the middle months of 2016) because Kia is moving the production to Mexico, which may cause some delays in manufacturing. In fact, it will be built at the brand new facility in Monterrey, which makes Forte the first model to be manufactured at Kia’s second plant on the North American territory.