The original Kia Cadenza was first launched in 2010, and it was a replacement for the Amanti, a car which received a lot of positive feedback on everything else apart from the looks. Well, the first Cadenza represented Kia as a global player in the luxury mid-size sedan market. It’s no wonder it looked light years better than the Amanti with former Audi designer Peter Schreyer at the helm.

It won over most of its buyers with the attractive styling, good V6 engine and a standard level of equipment surpassing even mid-level trims of most Germans. It was brought to the U.S. in 2014 where it became an instant success achieving good sale results. Soon it received its first update making it that more desirable. Well after just three years of sale time Kia decided it needed a bigger update for the U.S. market so that it could compete and trump the competition.

The new car was first introduced at the 2016 New York Auto Show where the new styling debuted. Apart from the styling which is the most obvious difference, you’ll find an upgraded interior and a more powerful engine than the one found in the older Cadenza.

The name Cadenza itself is pretty evocative and provokes certain emotions which are closely related to the way it looks. It’s a pretty powerful name, perhaps even Italian sounding. It sounds like a very interesting name, and that’s the way the car looks. The pretty good combination and a fine recipe for success.

It’s a no-nonsense, serious design philosophy on the outside, and we can see clear influence of Peter Schreyer that brought it closer to great looking German cars. The production Cadenza retained a lot of the design cues from the concept and is just a straight up amazing. If it were a man, it would wear a well-tailored suit hiding some pretty impressive firepower underneath it. 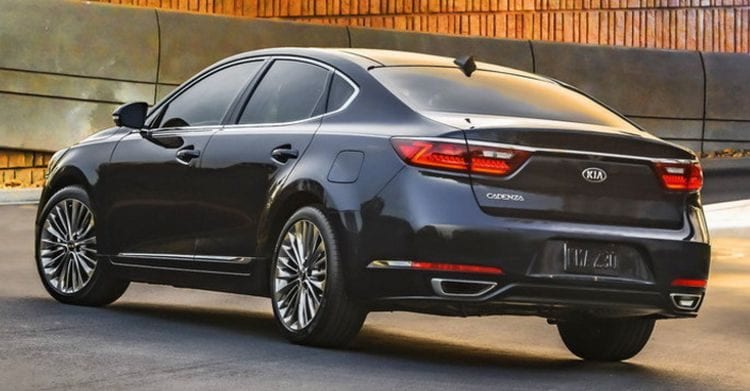 The design team says it’s been based on the “simplicity of the straight line” concept invented by Peter Schreyer. Although it’s relatively angular in its features, there are no major line swings or angle alterations. Rather, there’s a single contour line running along the entire length of the car giving a sleek and coupe-like posture and demeanor.

The front has a concaved form with the trademark so-called “tiger nose” grille we could see on many models in Kia lineup. You can opt for two different grilles: one is a diamond butterfly pattern mesh, and the other is the Intaglio, which has vertical blades running along the entire length of it. A trademark of the front fascia is the Z-shaped lightning carried over from the original renderings of the Cadenza. The bumper has been made to look sportier and the big LED running lights follow the same philosophy too.

The rear is very striking especially with a massive bumper, large exhaust tips and slim taillights with LEDs in Z-shape. There’s a big chromed strip running along the width of the car in the back section, and it’s located just above the lights. The side windows have a chromed frame just like in most luxury sedans, and the B, and C pillars have been blacked-out for an even more elegant look. It rolls on 18-inch wheels which can be easily upgraded to 19-inch should you tick that box. The bigger wheels are wrapped in excellent Michelin tires that bring a decent amount of grip. 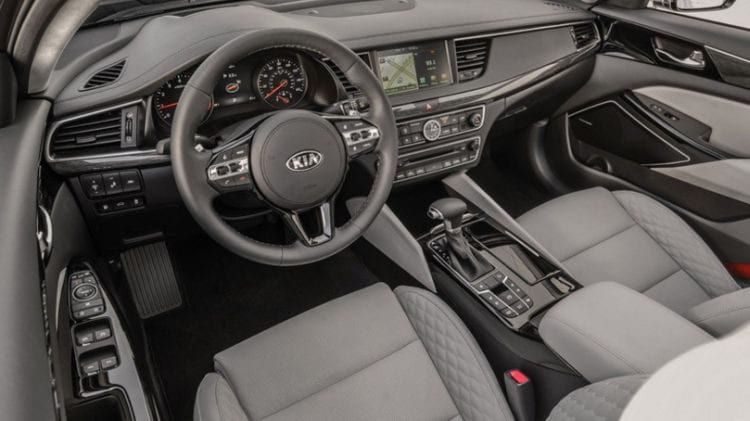 Interior design and materials are very much a carry-over from the first generation although with some minor improvements. The center stack and the instrument cluster are now separate and don’t share the same hood, but most of the controls for the infotainment systems and various features are still the same as in the old car. That’s not to say bad we’re just implying that it’s unchanged. But if it works why change it right?
The materials are particularly surprising since there isn’t a bad plastic anywhere in sight. Nothing you touch will feel rough or like it might fall off at any time. This is a car that can toe to toe with any German vehicles even in things like fit and finish. The lengths at which Kia has gone to make it one of the best luxury vehicles is just staggering. Even the seats have diamond-shaped stitching, something you’re bound to notice only when looking hard but it’s there.

The driver’s seat is now located a bit lower to give the driver a sportier feel, but the overall adjustability of it has been maximized allowing every driver to find the perfect position. The seat cushion has been extended and is fitted with a special mechanism which allows it to rotate and slide. A new brown color is added to the palette of interior colors, allowing an even larger number of different options. Inside it’s much quieter than the previous generation thanks to better sound deadening and thicker glass. There’s all kind of safety features and the excellent new infotainment system with the Surround View Monitor is user-friendly and understandable. The fact that there’s a 12-speaker audio system from Harman/Kardon speaks volume about the sheer number of toys and gadgets available. Features like this certainly help out Kia to compete with other car makers in the segment. 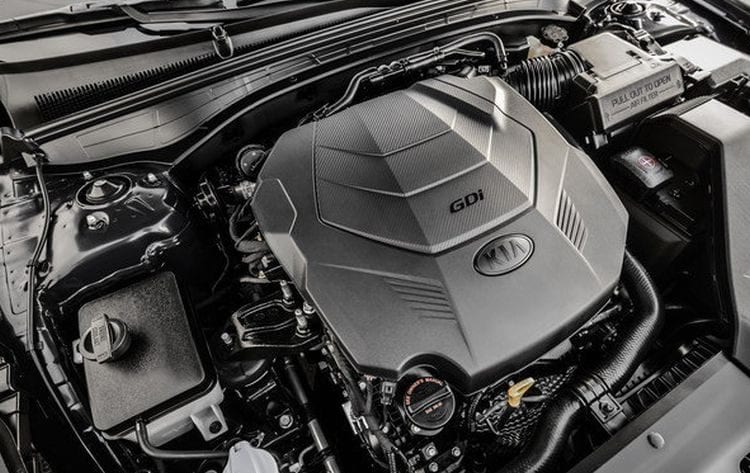 Under the hood, you’ll find Kia’s 3.3 liter V6. While it does provide better fuel economy than before and is even more reliable, it’s down three horsepower compared to the previous gen. It now develops 290 hp. Adequate, but doesn’t quite breach the 300 horsepower mark. Still, the fact that its lighter means it should be able to outperform the older car.

That engine has been tested at full load for 41 consecutive days, proving its resilience and durability. In the Cadenza, it’s mated to a new eight-speed automatic transmission which is faster than the old six-speed and more fuel efficient. There’s currently no data on performance figures or economy figures for that matter but with less weight and a new gearbox expect it to be a bit more economical, faster to 60 miles per hour but have the same top speed.

The 2017 Kia Cadenza shouldn’t be much more expensive than the outgoing model which starts at around $33,000. If it does go up, we suspect it will only be by a minor margin, maybe at $34,000. When you consider the level of comfort, luxury and style offered that’s not a bad deal whatever way you look at it. There are still segments where this mid-size vehicle could improve and engine lineup certainly is one of those. Hopefully, Kia will offer few other units that they have allowing Cadenza to give even wider diversity.