The rumors about a new Wrangler started ever since early 2013 when a render of the car has been leaked online. Jeep quickly dismissed the rumors about a new model only to announce it two years later in the roadmap that clearly indicate that upgraded version is being prepared.

Originally, new Jeep Wrangler which was also included was mentioned to have its official release date in 2016. Unfortunately, it seems that they went into some problems so the new 2017 Jeep Wrangler is expected first to be showcased in early 2017 while the production model will be available shortly after that. 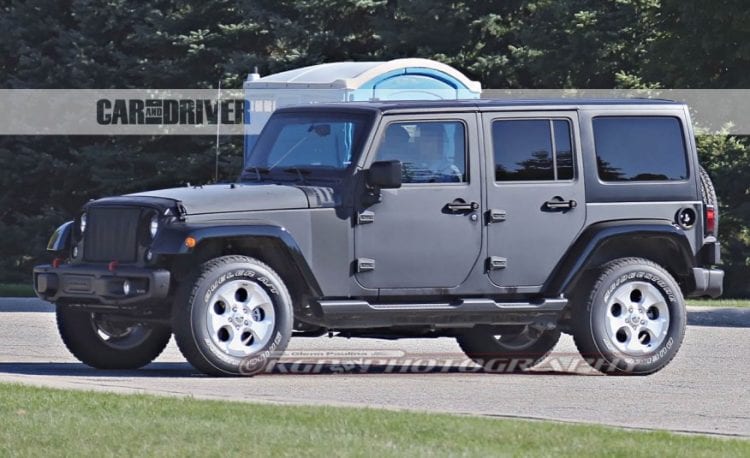 Also, the first set of rumors delivered rather a great news. In fact, Jeep told us a while ago that the new Wrangler will be available with a diesel engine at launch which would not only make a lot of sense for an off-road vehicle, but it would also give them a major lead over their competitors. However, quite recently they announced that due to the fact that the petrol is so cheap in the US, a diesel version will be released after 2020 while a hybrid will only come after 2022. This is quite bad for the consumer as it forces people to buy the only petrol engine available which is not that great in a market where diesel would be greatly appreciated.

However, the bad rumors don’t stop here. In fact, the future Wrangler has been first rumored, and later confirmed, to lose its removable doors and windscreen. This could be disappointing for the large fan base as these were great features used in off-road every day. In exchange, Jeep will install on the Wrangler some aluminum panels in order to save weight as well as new shields on the underside of the car to protect it further from rocks and road debris. 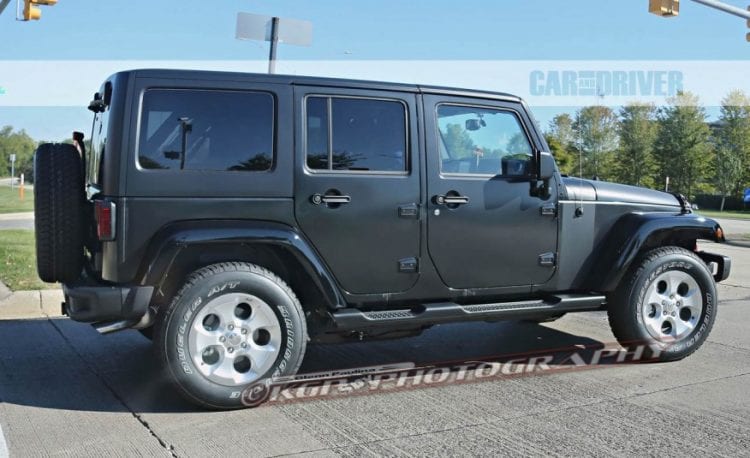 Luckily, the upcoming 2017 Jeep Wrangler will continue to be a body on frame based vehicle, so the off-road capabilities should remain just as good as before. Jeep also announced that the total weight of the car will be lower while the engine will be more powerful. As a result, we should get faster, more capable SUV for off-road trips and one car that will be able to tow larger loads.

The only engine that will be installed under the hood of the new Wrangler for at least three years after launch will be a 3.6 liter naturally aspirated Pentastar V6. With few tweaks and improvements, it will offer anything between 300 and 330 horsepower and up to 280 lb-ft of torque, enough for most people but not that great for those who simply want something else. The biggest difference here will be the transmission which will now be Chrysler’s sourced new eight-speed automatic that will send power to all four wheels via limited slip and lockable differentials.