Fiat Group had many ups and downs, and honestly more downs in that sense. It struggled to maintain fluidity within the majority of its brands, to establish stability and stick to it. From that reason, we have so many oscillations with previously totally lost Alfa Romeo and Lancia that actually still is, but Marchionne turned the tides, and at the verge of collapse yesterday, Italian maker has bought Chrysler today.

Since that started happening from 2009 to 2014 nothing but superlatives emerged from figures on the paper after that period. One of those successes from FCA era is definitely smallest Jeep in its history, and that is why we’re reviewing 2017 Jeep Renegade.

Since Italians bought Chrysler, they also acquired the whole package including Jeep, Ram, and Dodge. Marchionne was always a man of different ideas and Renegade is one of the examples. It pushed Jeep in subcompact segment where it hasn’t been since the civilian version of military Willys was introduced after WW2, which again could hardly be considered the same thing as current mini SUV.

Renegade is also first Jeep exclusively built outside the US, as it is assembled in Melfi, Italy, right next to its twin Fiat 500X, and it is placed on a small wide 4×4 platform, something which, in a different variation, Opel Corsa, and Fiat Grande Punto are also using. 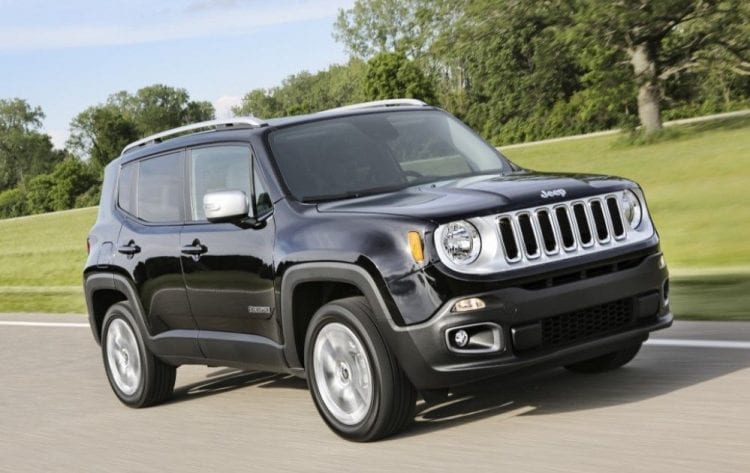 Who could believe that subcompact crossover can appear so macho? This is the smallest possible package, and yet it looks more robust and rugged than the current Cherokee, it even looks more Jeep than futuristic mid-sizer. Nothing has been spoiled as complete Jeep’s spirit is preserved and shown in its best light, all with slatted grille and round headlights. This thing looks serious on the road, and it is quite refreshing against cute or funky rivals. Find other parts for 2017 Renegade at Jeeps Are Us.

Also, it comes full of little surprises, as there is tiny Jeep logo in the headlights, there are small pictures of Yeti, spyder and Willys around the car, certainly amusing you when you discover them, along with X-shaped rear lights honoring WW2 petrol canisters.

Same story here. No sweet, no lovely. Again serious style, but maybe a bit cute just cause of the proportions. It shows brand affiliation instantly, and it has some interesting tricks on its own. Rev counter displays paintball splashed color as instead usual red part, there is Detroit skyline on the rubber mats, and with parking assist, all nearby cars are shown as 1940 Jeep Willys, so originality is not lacking with this guy.

Cabin is sort of tight at the back, but the boot is quite big for the segment in question. There are four trim levels and sadly standard equipment is lacking in some of the today’s definitely usual features such as air conditioning.

There is 1.4-liter petrol engine rated at 160 horsepower and 184 lb-ft, paired with 6-speed manual gearbox available with FWD or AWD and there is a 2.4-liter unit that produces 180 hp and 175 lb-ft paired with 9-speed automatic transmission and with AWD. The first option in front-wheel drive form is 150 pounds lighter than later one, and it is much more energetic and nimble. Also, mentioned automatic from top offer is often jerky, and for the end, it respects your wallet more both in price tag area and fuel economy (26 mpg vs. 24 mpg combined).

If you are still keen for offroad adventure in this class, then go for 4×4 as it is absolutely the best offer in its class. In this case, AWD powers all wheels, not waiting for one of them to lose grip, and overall it beats rivals by far in any nature excursion. This is not all, as it is fun to drive on the road, quite stable bearing the height, and far more communicative and responsive than its Fiat’s twin.

It is absolutely amazing that 2017 Jeep Renegade screams Jeep from all sides, considering European influence in its making. As much as Juke is creative in its funkiness, that much is Renegade in its masculinity. Many rivals are trying to play on Juke’s card, leaving Renegade as the only choice for those wanting actual SUV clues in a segment that at least should pretend to represent that part of the automotive world.