Jaguar XJ has always been a special thing on the market. It was an epiphany of maximum aristocracy that can be crammed into one car. It always had some special glow that could rival Bentley or Rolls which were totally out of his league. It dates back as early as 60’s, and it kept well its heritage through the years. Signature double round headlights decorated the fascia through almost all its history, with the brief break with XJ40 model, but things were quickly back on the track afterward.

Every model was classic at the moment of the introduction, and for each on of them, it was impossible to become outdated through the time. But the market is merciless. All those traits that made this brand so specific and distinct attracted special kind of buyers and we all know that there are much more buyers that are looking for common than special. Something has to be done with sales, and upon purchase by Indian Tata, everything turned in the opposite direction. It has been seven years upon introduction of the latest generation, and we are about to see what 2017 Jaguar XJ has still to say about itself. 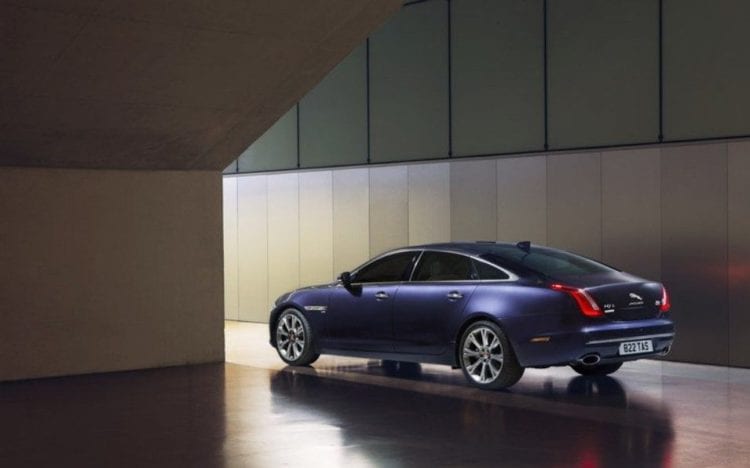 Latest model was not a revolution in XJ appearance, it was an earthquake. It was totally different, it broke all the bondages of heritage and history and emerged as something unique. Yes, the tradition was ditched, but the new one emerged. Many years has passed since introduction, and with an only minor facelift in 2015 it still looks stunning. It still radiates aristocracy as much it is possible, but everything is incorporated in the neoteric package.

Like all things has to evolve, so does royalty, and this is a 21-century version of it. It didn’t lack in innovation either as extremely gracious and the distinct tail that was introduced resembles of fastback idea one year before Audi A7 was born. The 2017 Jaguar XJ is a car for everyone with the hint of blue blood, repulsed with the thought of merging into the masses.

The cabin is a lobby of royal castle. It is lavished in finest materials and tailored by merits of exceptional British elegance. Yet at the same time, it is absolutely modern. A place for the instruments is occupied by a huge digital screen, which was offered way before new S-Class did it. We have seen elegance in the interiors of this class, but this has a special tune to it. And luckily it came to life before coldness of future models destroyed all warmth and pleasantness of ancestors.

Base option is 3.0-liter V-6 rated at 340 horsepower and paired with 8-speed automatic, enough to propel his majesty to 60 mph in 6 seconds. This is quite sufficient making V8 5.0-liter with 470 hp rather overstretched choice. Anyway, it needs second less to 60 mph, but if you are in for performance XJR comes with even more power from the same engine, 550 hp and 4.4 seconds of acceleration, plus some styling add-ons to distinct it from regular models.

V6 returns 21 mpg combined of fuel consumption while V8 delivers 18 mpg which is below the offer from German rivals. In Europe, you can additionally browse between 2.0-liter petrol, 3.0-liter diesel and less powerful version of V8 with 385 hp.

XJ in question features AWD, but it is clearly favoring rear wheels. The base configuration is 10/90 for rear axle, but it can shift to 50/50 if needed. The complete isolation that existed with predecessor is dismissed in favor of enhanced driving pleasure. Feeling of sitting in the excluded yacht room has been exchanged with one at the wheel of the luxury speed boat.

We maybe went too far with speed boat thing, but with aluminum chassis, it is fairly lighter than rivals, and that is felt through nimbleness. For the class in question, it is pretty entertaining at the wheel and with no doubt about that.

2017 Jaguar XJ has been on the market for a long time. German rivals have clearly moved in the meantime, and they are quite in the lead regarding efficiency, gadgets, and autonomous driving bits. Yet the superior feel of nobility, grandeur, and magnificence for the first time wrapped in 21 century coating has no decent adversary, at least not in this class. If Bentley or Rolls is out of your reach, there is nobody else to turn to.