The SUV segment is flooded with cars from almost every manufacturer out there. Jaguar is arguably one of the oldest, best and most exotic brands, so it was only a matter of time before they decided to enter the SUV water themselves. Can a Jaguar really ever make SUVs? Sure, why not. If Porsche can, so can they. What, or why should there be anything stopping them? If anything, they’ll only bring more competition and rivalry to the segment. And as we all know, battle on the market brings the prices down and makes the cars better. Everybody wins! Well, except the actual manufacturers but in some ways, they are forced to develop new and better products. 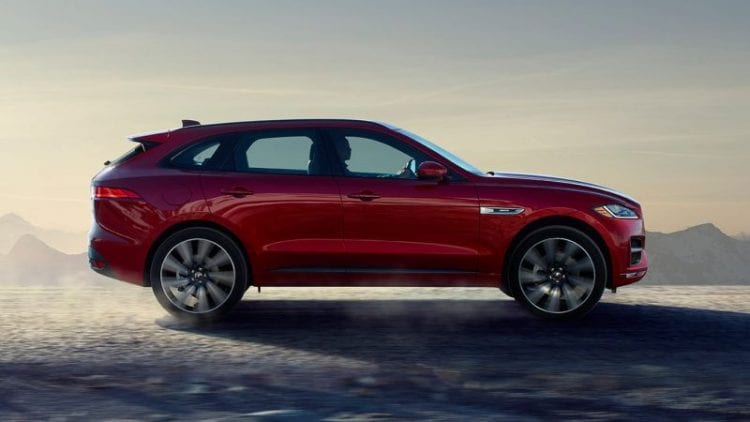 Let’s start with the exterior. It follows Jaguar’s design language perfectly. The renderings of the F-Pace are almost spot on. Jaguar stayed true to the C-X17 concept as much as possible. Only a few things have been slightly modified but not by much really. The headlights carry the same J Blade design. The grille and the large air intakes seem like they were stolen from the sedans (XE and XF). Obviously, they’re slightly larger here in the SUV form. About the side of it is the segment we’re not so sure about. It’s got some side gills which extend over the front of the doors, but it isn’t as graceful like a Jaguar should be. It’s not that it’s bad, but it’s nothing great in particular. Compared to the front and the back, the side is mediocre at best. And in the competitive segment in which the F-Pace is placed in, that will simply not do. 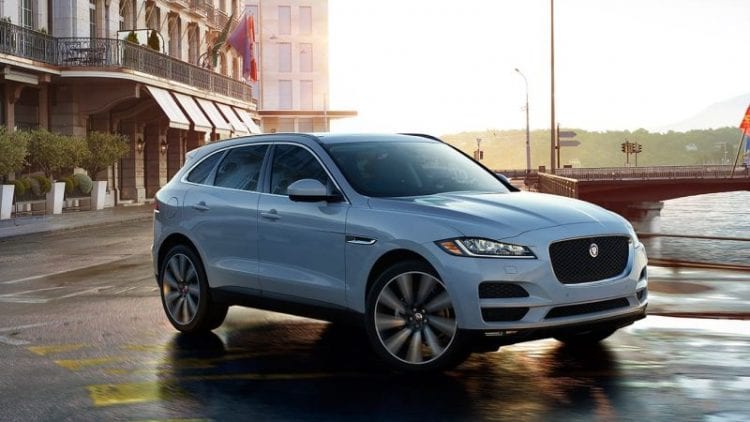 The rear has the same design language as the front. Again, most of the stuff is borrowed from the sedans although we really, really love the F-Type taillights. They were one of the things we deemed a must-have in any future Jaguar ever since we saw them in the F-Type and we have to thank Jaguar for not disappointing us.

It may not be the Jaguar everyone was expecting it to be, but it’s still the best looking SUV currently on sale (according to us). The X3 is too ugly every way you look at it, the GLC is a bit too ordinary while the Macan is not special enough. It’s visually appealing yes, and maybe even aggressive, but it doesn’t blend luxury, elegance, and aggressiveness as good as the Jaguar does. Based on looks alone, the Jaguar wins hands down, all day long. 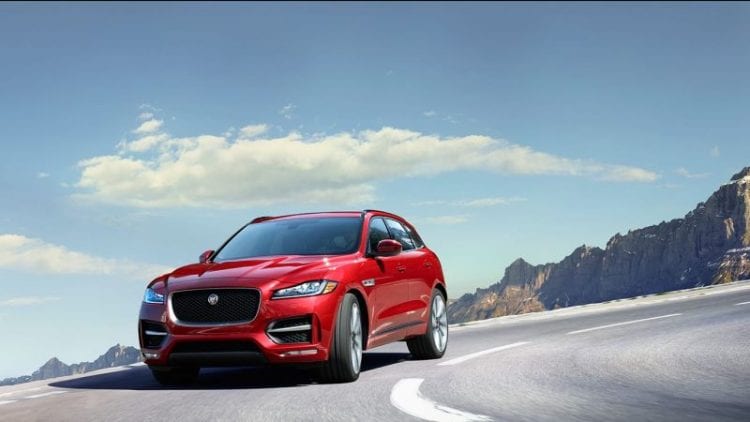 Inside, again, you find similarities to the sedan siblings. The main focus has been put on luxury and refinement, as any Jaguar should. That luxurious feel has been made possible thanks to contemporary trim options for this SUV. Depending on your personal preferences, you can choose from authentic metal finishes to crafted veneers. Anything from meshed aluminum to Satin Grey Ash.

The instrument panel is similar to that in the XF which isn’t all that surprising, considering most of the cabin is comprised of components from the sedans. It has two analog clusters and an FT display at the center. There’s always the option of getting a 12.3-inch digital instrument cluster if you’re not happy with this one, but we prefer the analog. Below the large display there are a few buttons, ordered in a nice fashion, keeping the design clean and bold throughout. 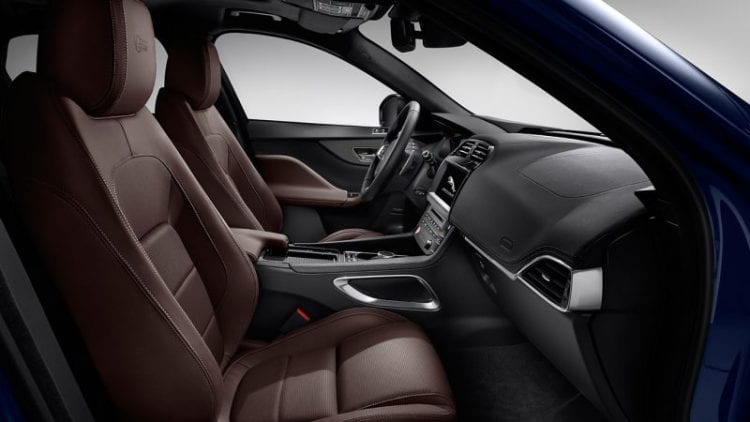 One area where the SUV excels at, besides performance but more on that later, is space. The F-Pace can comfortably seat five adults. The leather sport seats have been designed with comfort in mind first, and support second. Front ones are 14-way adjustable and have a heat and cooling function. You might think that all of his room for the passengers has left the boot dry. Well, how’s about 23.3 cubic feet of space? Plenty, right? Fold the rear seats down, and that number rises to 61.4 cubic feet. 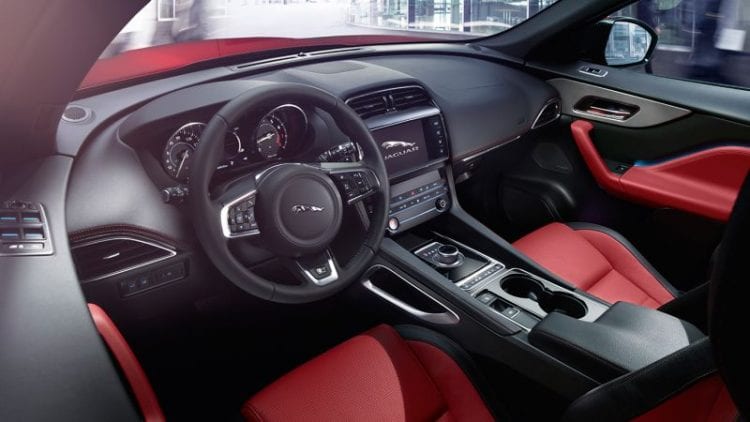 Engine and transmission of new F-Pace

No matter what engine you go for, you get an eight-speed ZF transmission which sends power to all four corners of the SUV, thanks to the on-demand all-wheel drive system. Torque is delivered to the rear wheels under normal conditions, and it’s only routed to all four when it senses slip. That’s when the Intelligent Driveline Dynamics kick in and take care of business. 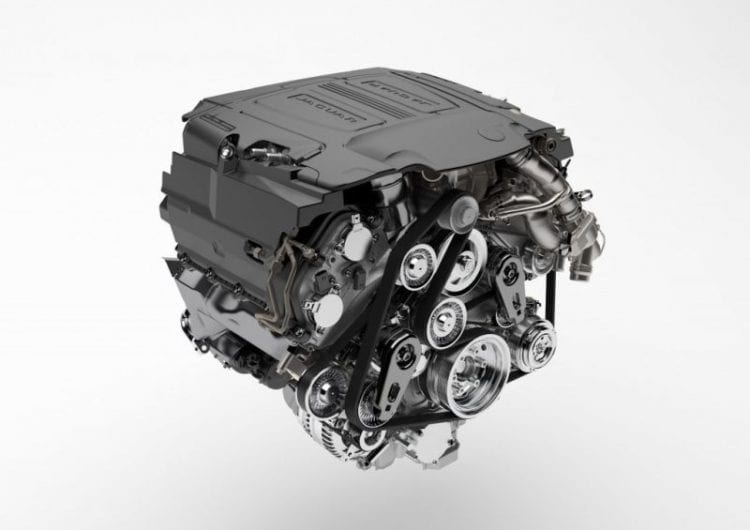 Performance depends greatly on the engine. The 180 hp diesel is the slowest of the bunch, managing 60 mph in respective 8.1 seconds. It tops out at 129 mph making it more than enough for most drivers. The supercharged V6s sprint to 60 mph in 5.4 and 5.1 seconds respectively, and they both have a top speed of 155 mph (limited).

We still have to wait and see whether Jaguar decides to cram the 5.0 liter V8 under the hood of the F-Pace, but sneaky suspicion says they will. In fact, it’s already happening: the F-Pace SVR could be the result. However, since that’s a very special model for Jaguar, we’ll let it have a separate article on its own. Besides, the flagship V6 should be more than enough for most people. It’s not like it doesn’t have character either. Nothing has been lost by transferring it from the F-Type to the F-Pace. It still pops and bangs, cuts through the rev range and burbles on idle. It has to be one of the best V6 units on sale at the moment.

Thankfully, it’s not as expensive as everyone thought it would be. The base price is just $41k for the diesel. If you take into considering the price of the X3 xDrive28d ($42k), you realize what a good deal the Jaguar is. The more you think about it, the better it gets because the “slower” V6 starts at just $42,390. The S model starts at $56,700 which is rather a steep jump. If you want the best value for money, go for the diesel or the base V6. 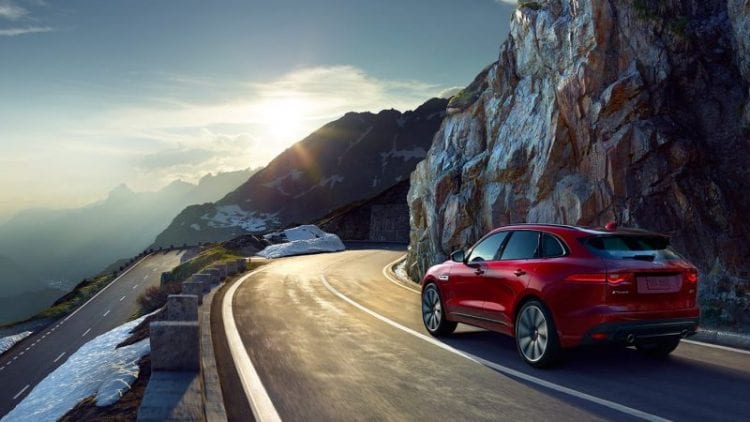