With the launch of the upgraded QX30 Infiniti couldn’t just leave their top SUV without any treatment and improvements. So, they decided that something had to be done, and here we are introducing a new Limited model. Before we get too caught up in specifics let’s briefly summarize what the QX70 is and what makes it so great.

The QX70 actually began life as the FX way back in 2003 some 13 years ago. The second generation received small updates in 2008, but the big news was the facelift which came in 2011. From then on it really hasn’t had any major updates apart from the name change to the QX70, which was in line with the new naming strategy of the company. If your car isn’t receiving an upgrade it’s either really good and you don’t think it needs one or you simply think not even that will help it. Well, we certainly like certain parts of the QX70, so we presume it’s the former. We’re bound to see a new generation of the SUV soon, but, for now, we’ve got the Limited edition to play with.

You shouldn’t expect a revolution with the new edition, however. Think of it more as an evolution that pushes this vehicle further. The Vice President of Infiniti for America was quoted stating that the reason the new Limited Edition was unveiled at the New York International Auto Show was because this particular model has been very popular around the New York area. He goes on saying that the 2017 Infiniti QX70 Limited receives multiple premium upgrades to both the exterior and interior making it even more luxurious and upmarket.

We’re going to believe him and more on that in a minute, but just as a quick side note: There are no new drivetrain or transmission options. There’s not even a tweak on the old ones or one more horsepower or torque here and there. No, this is basically a QX70 with some cosmetic and comfort additions, and that’s about it. It’s not faster nor is it sportier although it may appear that way. 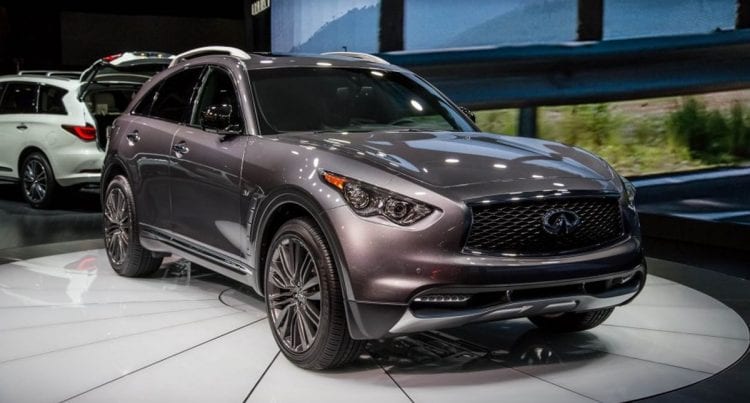 Looking at it even from afar the most distinct feature which immediately strikes you is the new grille. It’s basically the same shape as the one on the regular QX70, but there’s no chrome outline or horizontal lines. It goes for the blacked-out look with black outlines and a black honeycomb mesh design with a big Infiniti logo in the middle just to make sure you don’t confuse it with anything else. The front fog lights have been replaced with horizontally positioned LED powered units.

These along with the grille make a huge difference in the car’s appearance and manage to freshen up the car’s looks by a few years easily.

Moving on to the side, we find body-color painted front fenders. They now match the color of the entire vehicle and fit in even more elegantly. Side view mirrors are also darker and manage to reflect the car’s looks. The back seems updated mostly in the form of tinted taillights. The rear fascia remains virtually unchanged, but that’s not a bad thing. A “Limited” badge has been attached to the rear boot lid, and there’s a stainless steel protector.

Oh, and the wheels are 21-inch multi-spokes aluminum alloys that perfectly fit the look of the car. Their fit and finish is absolutely incredible and keeps in mind that they’re wrapped in section 265/45 all-season tires. They offer more than enough grip in the dry or the wet. Come rain or shine you can rest assured they will perform as they have been designed to without any issues.

The inside is a bit more special and features more distinctive upgrades which are actually way more noticeable. First of all, there is a Graphite and Stone color scheme which really compliments itself with the high-contrast between the two colors. Most colors in the interior are dark (well black), but there are stone colored accessories in the center of the seats and on the edges. The stitching on the steering wheel and the shifter are stone-colored too. It just goes to show to what lengths Infiniti go to make sure all the little details add up to create one truly special edition.

The seats we should mention are heated and cooled and are great when it comes to long journeys. They just hug you and hold your body tight offering a lot of support, but they’re not harsh at all so expect to get fatigue free rides. In fact, neither is the suspension which manages to absorb all the bumps. Because you sit so high, visibility is excellent, and the large glass surfaces certainly contribute to this. 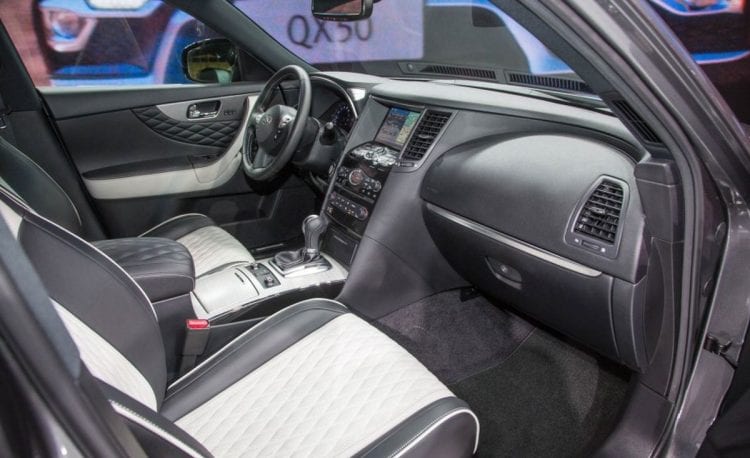 Under the hood, you’ll find the same 3.7 liter V6 like the one in the standard QX70 as we mentioned. It’s capable of developing 325 hp and 267 lb-ft of torque thanks to variable valve timing technology. It’s coupled to a seven-speed auto transmission which features adaptive shift control or in other words manual gear selection is also offered. In its standard guise the QX70 is a rear-wheel drive vehicle and yes you read that right, this is an Infiniti, product of Nissan so it’s only logical that it won’t be another front-wheel drive entry in this already bland segment.

Drifters don’t get your hopes up. It’s still pretty big so it won’t do power slides like a 370Z or a GT-R but speaking of GT-Rs, it does have an optional all-wheel drive system. Don’t go thinking it’s the same high-performance system as the one in the GT-R because it really isn’t but it does its job really well. There are a lot of infotainment and safety systems among which: Intelligent Cruise Control, Lane Departure Warning, Around View Monitor and Moving Object Detection. 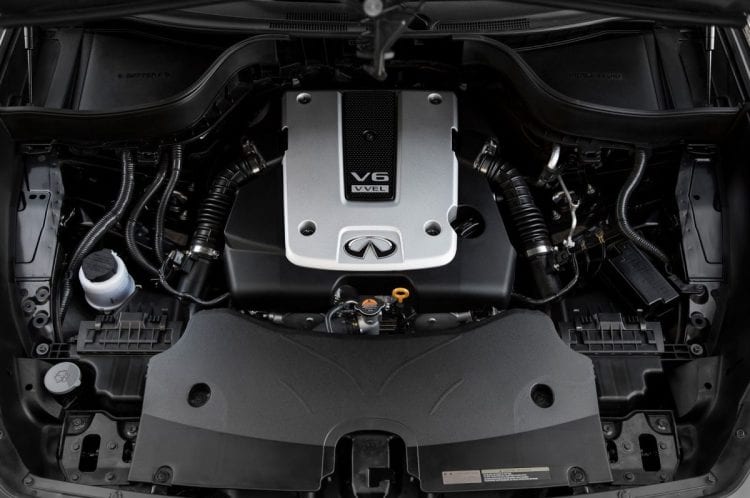 So basically there you have it in a nutshell. The base models remain the same with the addition of a new Limited trim. The base rear-wheel drive version starts at $45,850, but all-wheel drive versions begin at $47,300. We expect the Limited will be somewhere in the middle probably around the $46,500 mark, but we’ve yet to hear announced prices. Expect it to hit dealers in mid-2016, so June or July looks like the best guess.