We just recently wrote about QX50, acknowledging the fact that this car is a decade old model. Despite that, we were trying to convince you that it can still give a proper punch to its rivals with the adorable shape of its body, sloping roof, and seductive rear end. We also praised interior, claiming that its lavishness of materials and luxury coating could support maxim “time means nothing.” All that we said is supported by facts, just bare with us now. Infinity has granted QX50 mild refresh in 2016, after nine years from its introduction, and sales have risen over 300% for that year. This definitely means that many buyers share our opinion about its virtues. Also despite the fact that with mentioned raise it is still far behind the competition in sales figures, achievement in question is nothing short of spectacular. If stated refresh was deem as awakening from sleep by Nissan’s luxury division, just revealed 2017 Infiniti QX50 Concept is definitely considered as coming to their senses.

If we still can praise the old model in the styling department, can you imagine how the new one will look? Plainly gorgeous that is. Its appearance is highly elegant and sophisticated with the slight dash of aggressiveness coming from steep air intakes at sides of the front bumper. 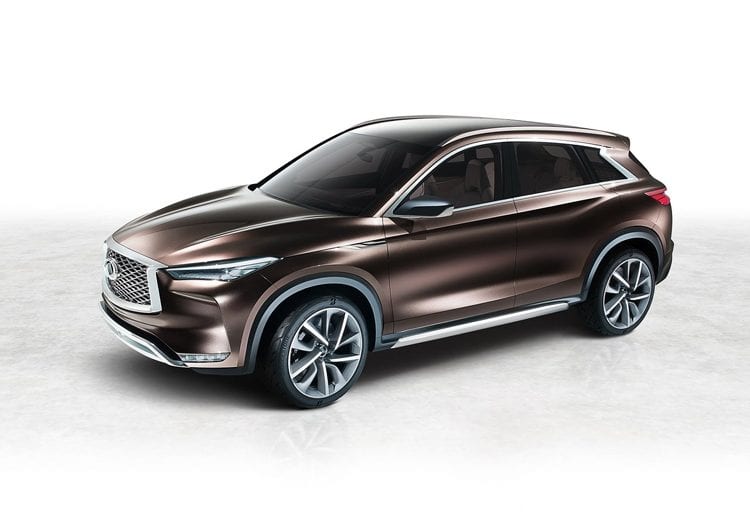 It still has that beautiful sloping roof, while D pillars are breathtaking work of art. Lines are just graciously flowing all over the body, not even for an instant being intrusive, and yet completely astonishing. Added to that, rear lights divided into tiny led sections are nothing short of mesmerizing. Let us hope that all that will be carried over to the production model, and in our opinion, it will.

It is not that interior is not attractive by itself, it’s just that exterior steals all the glory. The cabin doesn’t look ahead of its time as in the case of current model when it was introduced. It still plays on the same card of elegance and sophistication, but not skillfully as outer styling. 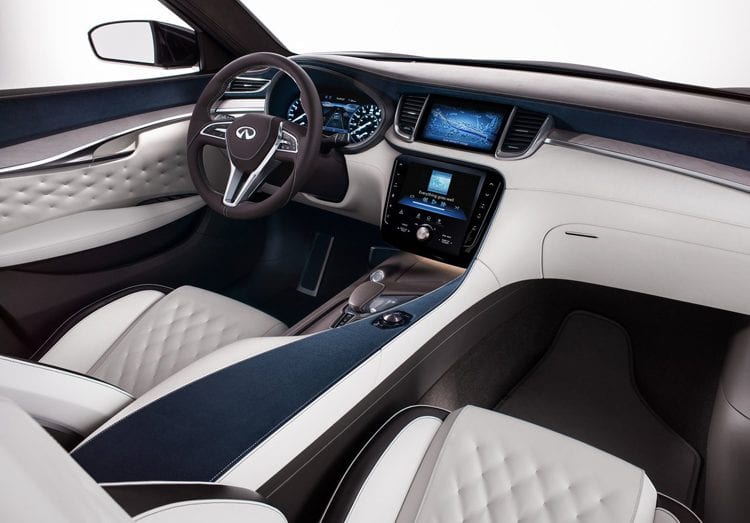 Since it looks pretty close to production lines, it probably won’t be enriched with an extra dose of imagination, but if it continues the practice of lavish choice of materials and if build quality reaches higher levels than before, we don’t see anybody complaining about it.

UNDER THE HOOD REVOLUTION

The subtitle is correct, and the thing that Japanese are preparing for us is nothing less than a revolution in the world of petrol powered engines. Under the hood of the stunningly beautiful concept is a thing that can stun even more. 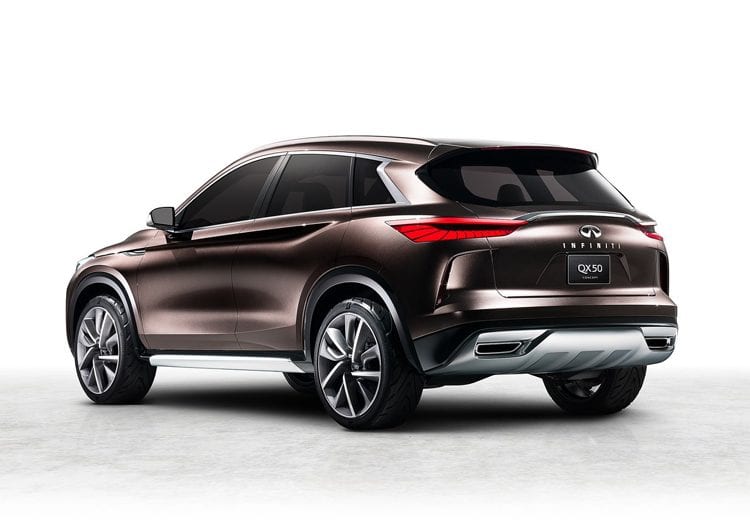 We are talking about first mass production variable compression engine or VC-Turbo that can actually change the length of pistons stroke, depending on the situation, choosing between performance or fuel efficiency. In this case 2.0-liter with estimated 270 hp and 288 lb-ft, is strong enough for V6 power while fuel efficiency is depicting one of the diesel-powered units, as mpg number can rise one-third up from current figures.

Absolutely, definitely and certainly. 2017 Infiniti QX50 Concept has just informed us that new Infiniti‘s crossover is going to be hurtfully handsome and that real revolution is going to happen in the world of engines, giving a hard blow to already shaken diesel world. We certainly predict another triple digit number reflecting percentage rise of future sales when it hits the streets and all that atop of above mentioned already startling raise.